My Favorite River in Alaska

I just got back from two weeks of hosting anglers on the Aniak River at Aniak River Lodge. It was another outstanding trip on my favorite river in Alaska. If you are looking for a great Silver and Rainbow Fishing Combo Trip, you won’t do better than the Aniak.

On our way up the river from the town of Aniak to the Mid-River Camp, Don Arthur and Doug Riggs landed over 50 silvers in about two hours of fishing.

I brought my wife Toni for the first week of fishing. Before this trip, she hadn't done much fly fishing. I had told her that the Aniak is probably the best place there is to learn how to catch fish on a fly rod because you can make a lot of mistakes and still catch a bunch of fish. The first afternoon, Toni landed a few silvers on our way up to the Mid-River Camp and, within a day or two, was catching lots of rainbows, char, grayling, and silvers.

Don Arthur landed three sheefish, Cheryl O’Neill landed one, and I landed one and lost another that flipped out of the net. The sheefish ran 8-20 plus pounds.

Chuck Berthold lost a gator of a northern pike twice in about 15 minutes. I was in the boat and witnessed the whole thing. Aaron, our guide, started Chuck out with a large, white pike streamer that we were casting to the edge of the riverbank. About a 48-inch giant pike grabbed the streamer made a half-circle around the boat and then came unbuttoned. After he threw the hook, Aaron saw where he went into the grass along the bank. He suggested we wait a few minutes and go back with a black-and-chartreuse streamer to see if we could get it to strike again. We motored back to where Aaron had seen the pike go into the shoreline grass, and he spotted it lying on the bottom at the edge of the grassy cover. Chuck made a perfect cast, and it ate again. The pike spit the fly just after the hookup. Two chances at the same monster.

Many of our clients had days where they landed 25 to 40 rainbows per two anglers in the boat. The rainbows averaged 20-21 inches, with good numbers that were 22-27 inches.

I personally landed nine species my first week; chum, sockeye, kings, silvers, sheefish, northern pike, rainbows, dolly varden, and grayling. There aren’t many places in Alaska where that can be done.

The best fishing for rainbows, dollies, and grayling was with a bead while fishing behind spawning chum, kings, and sockeye. If you wanted to get mostly rainbows, fishing flesh flies in the root wads and log jams was hard to beat. We landed some rainbows while mousing, but not as many as you typically would before the salmon start spawning.

For silvers, anything in pink, pink or pink was the ticket. Hot pink bunny leeches were my choice.

Ludi, the managing partner, has done an excellent job hiring and keeping good guides and chefs. They have a full-time mechanic to maintain and repair boats and motors, plus the Lodge has three extra boats in case of a breakdown.

Mike and Brandon, the chefs, prepared some of the best meals I have ever had at a lodge. We had rotisserie baby pig, which was outstanding, rotisserie chicken, wood-fired oven pizza, a seafood night, smoked brisket, and salmon. The desserts were delicious too. You will not lose any weight on this trip.
During my two-week stay, we hosted 26 clients, and there was not one single complaint about the guides, meals, accommodations, or boats. That is very unusual for any lodge in Alaska.

If you would like to join our hosted weeks in 2023, don’t wait too long. These spots won't last.
Tight Lines,
- Guy Schoenborn

Click here for our main page for
Aniak River Lodge.
You are not limited to our hosted weeks. Provided there are openings, we can book Aniak River Lodge for a time that works best for you.
Please contact us with any questions you may have. 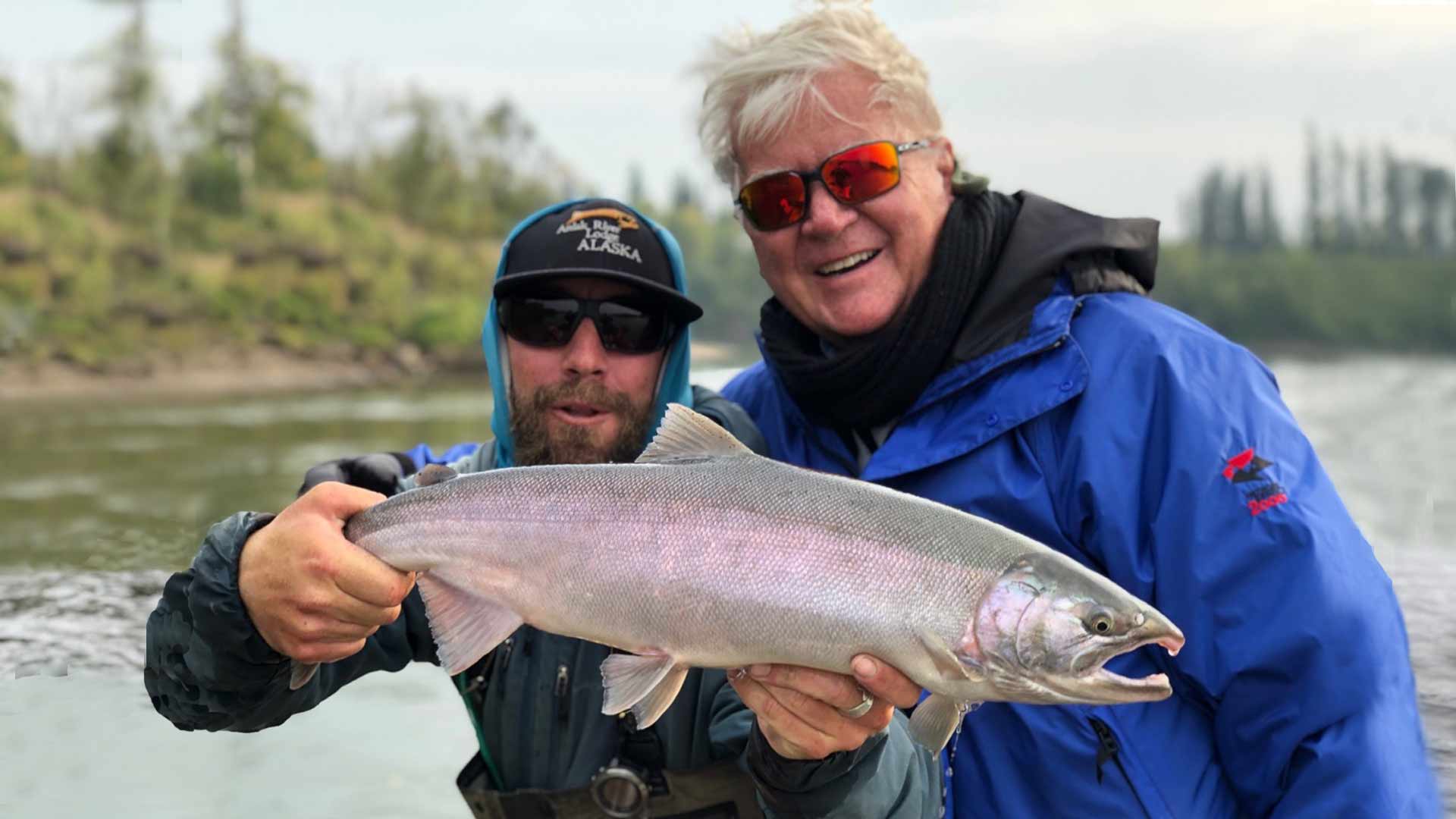 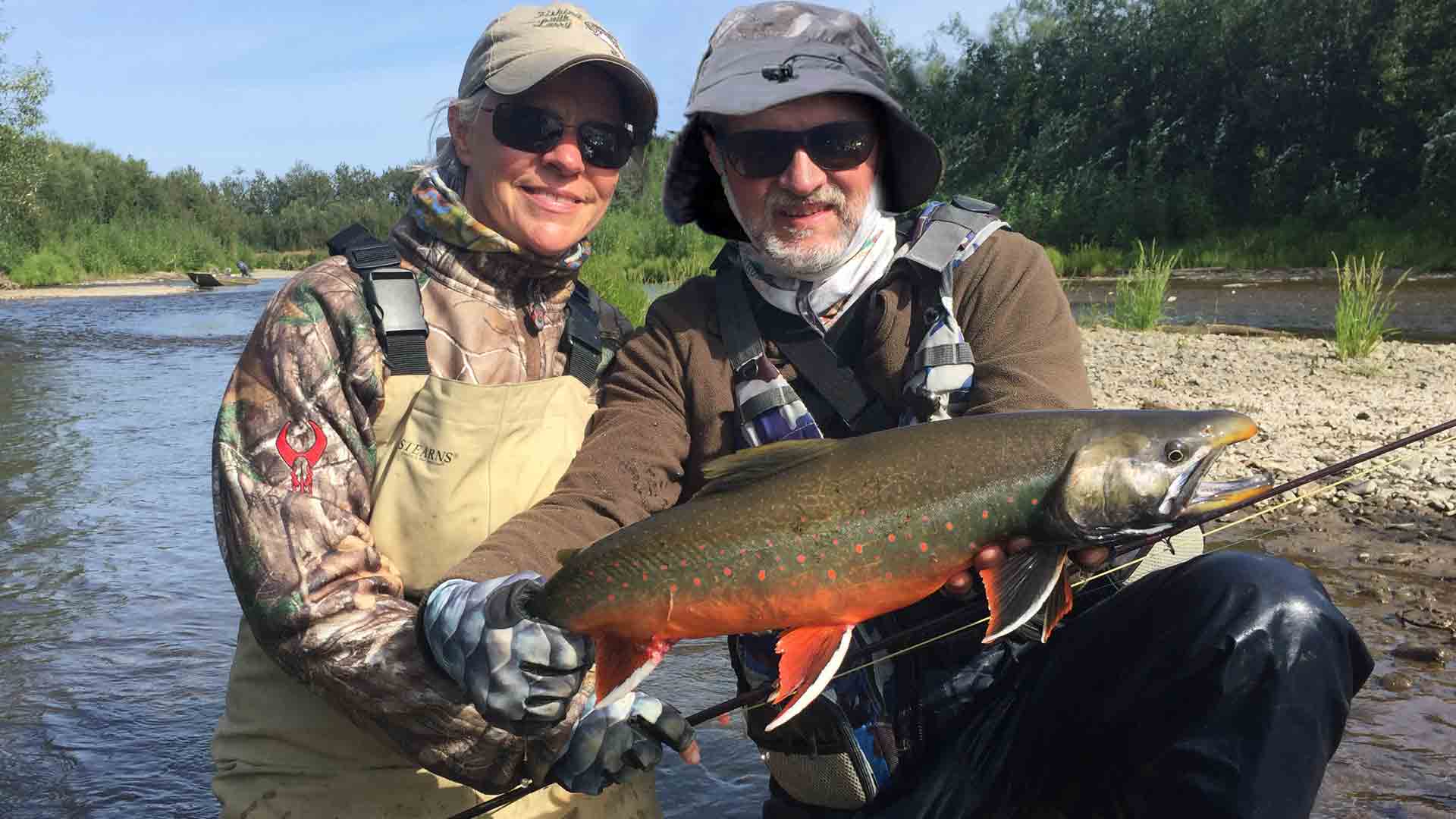 Toni Schoenborn and Guy with her big dolly varden.

Bruce, the guide, and Cheryl O’Neill with a nice sheefish.

Budd Mackenzie and Bruce with a northern pike. 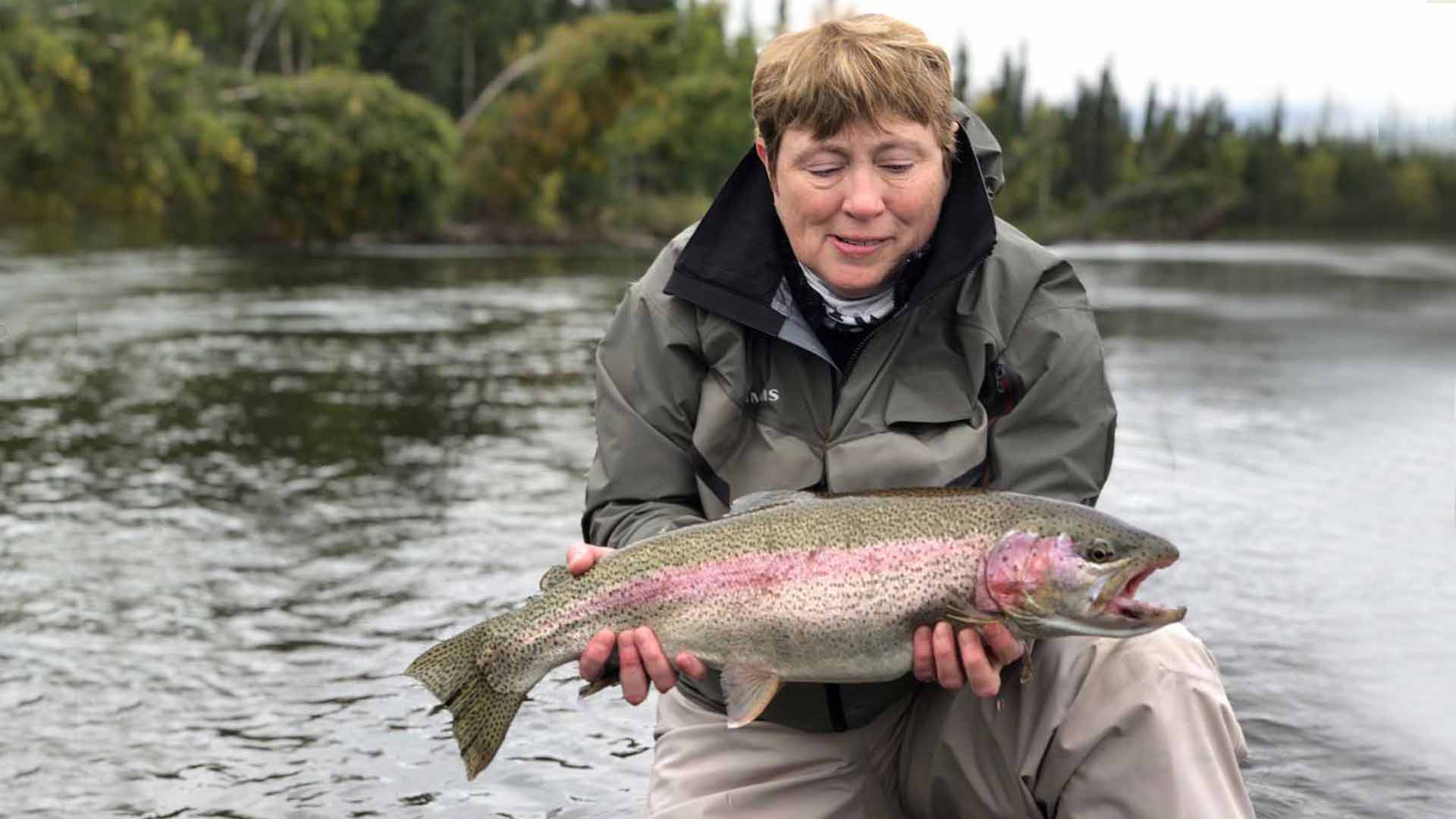 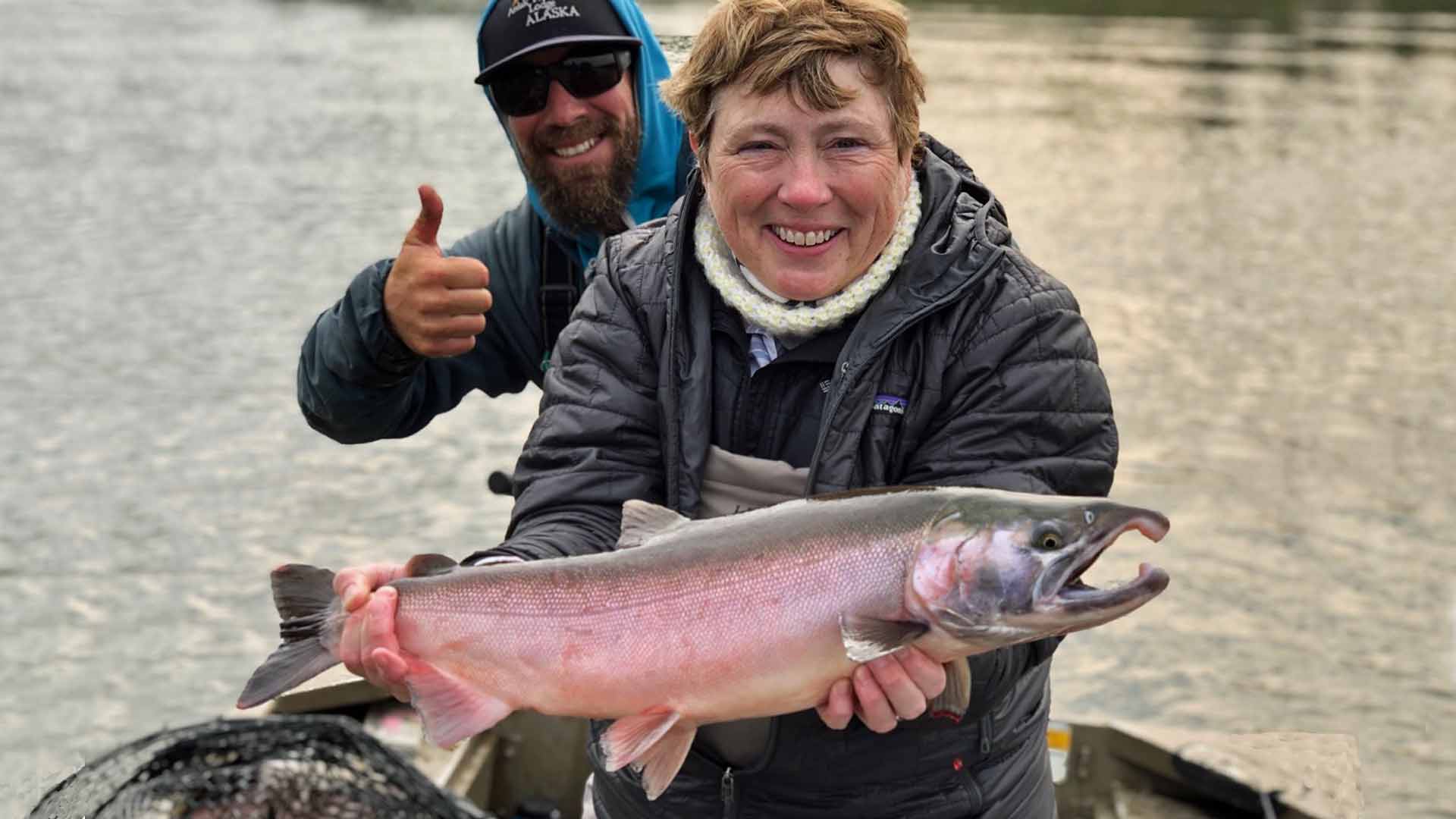 Cheryl O’Neill with a bright silver. 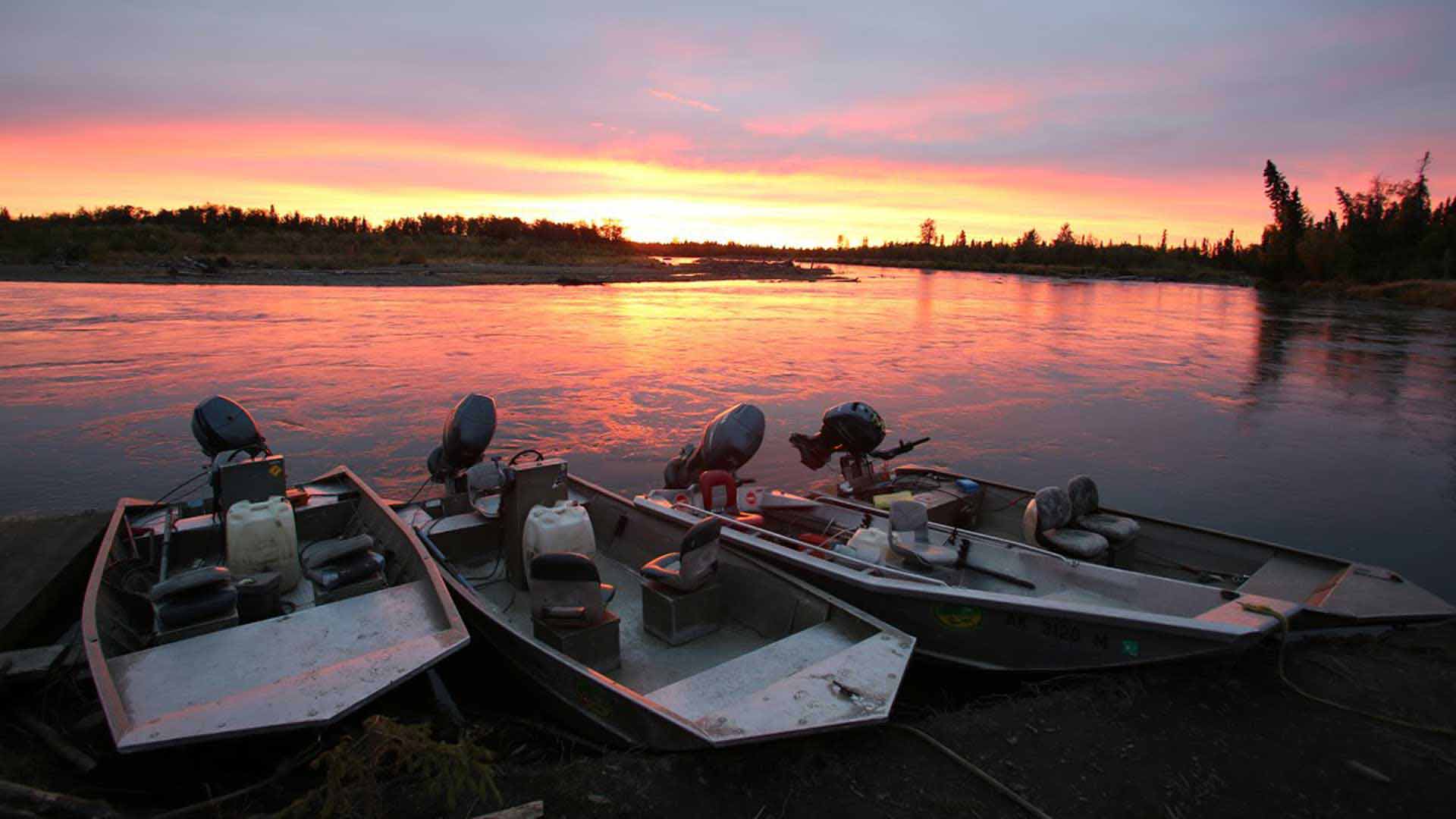 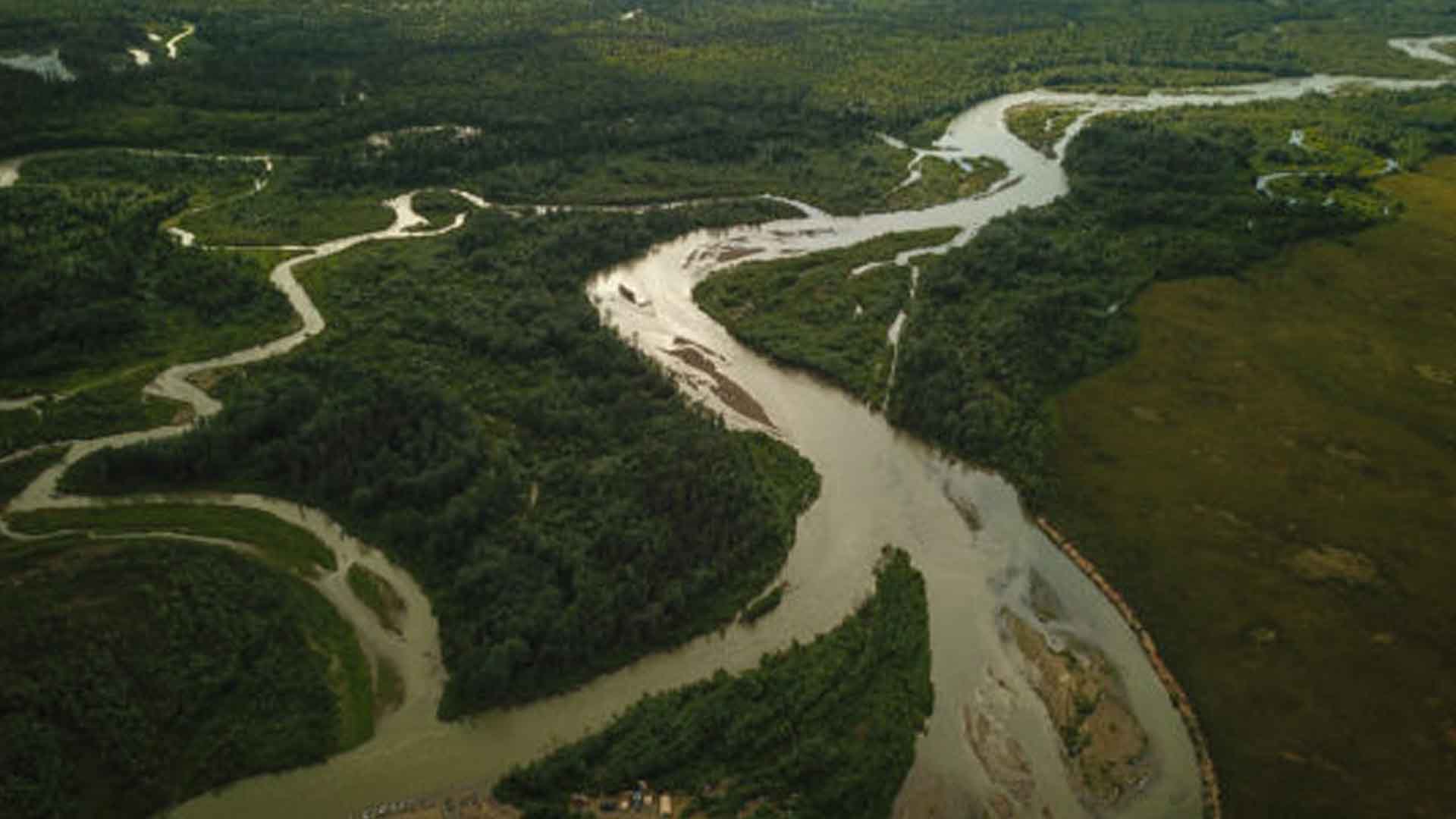 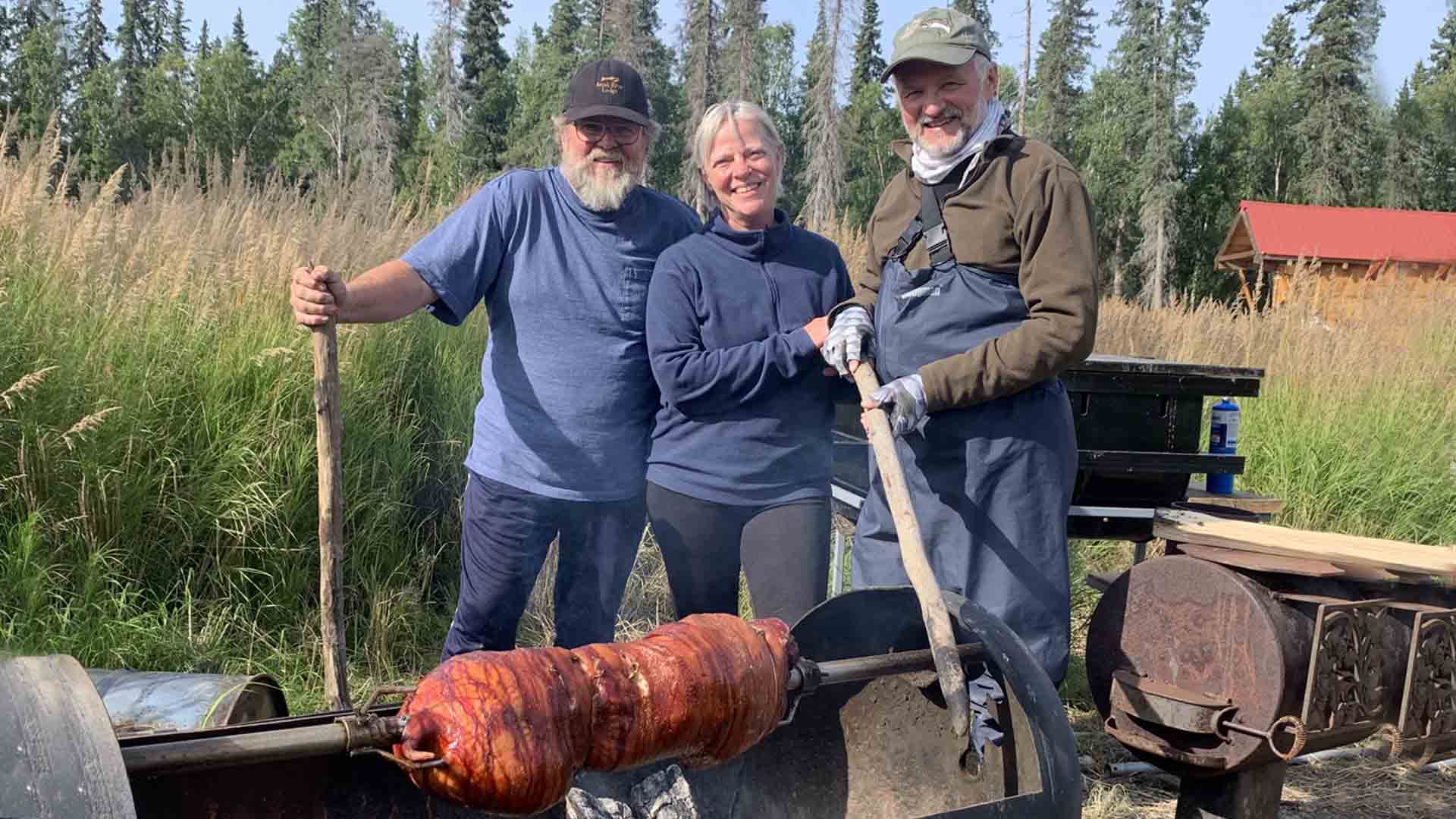 Ludi, Toni, and Guy with a pig on the rotisserie. 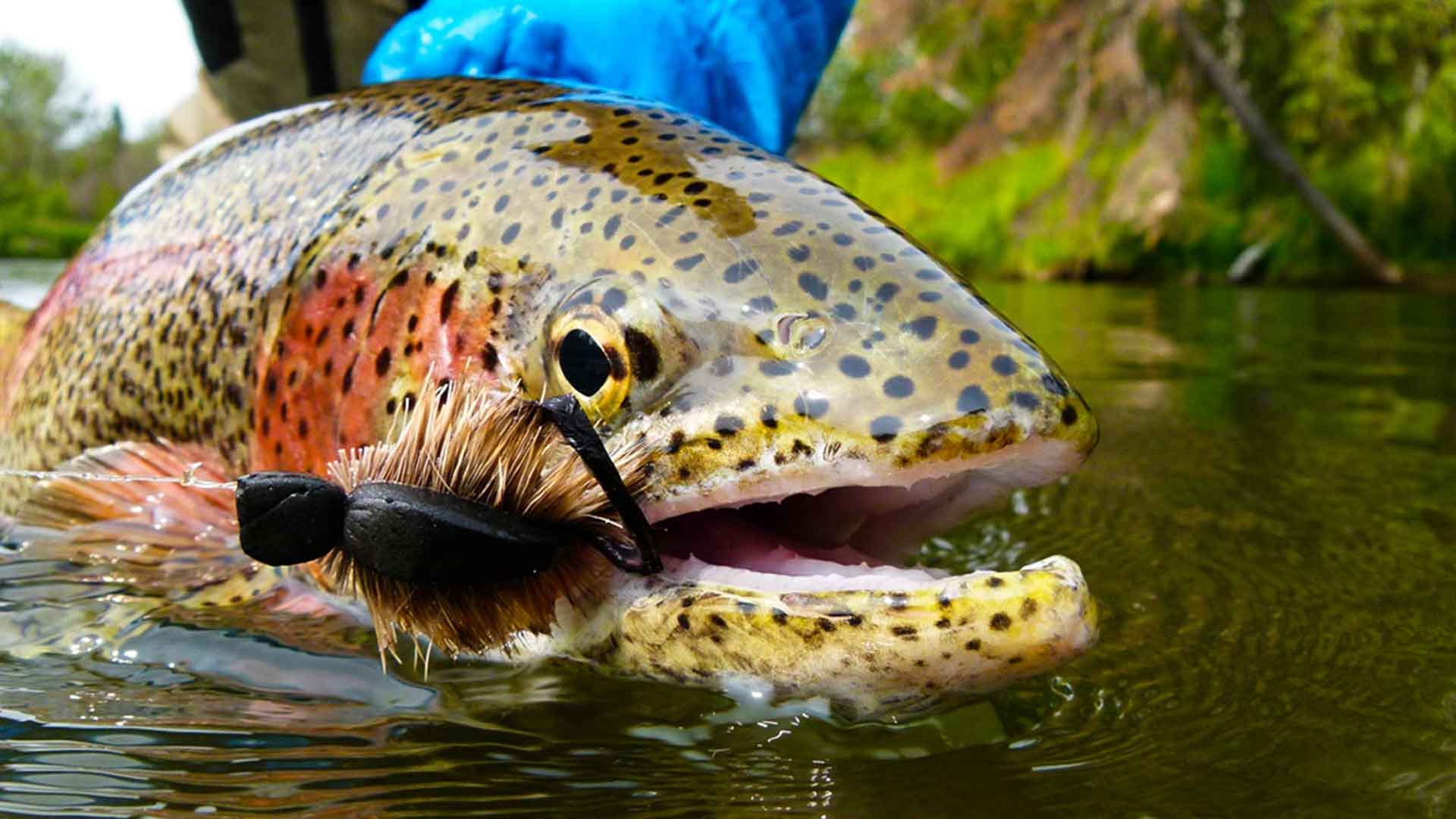 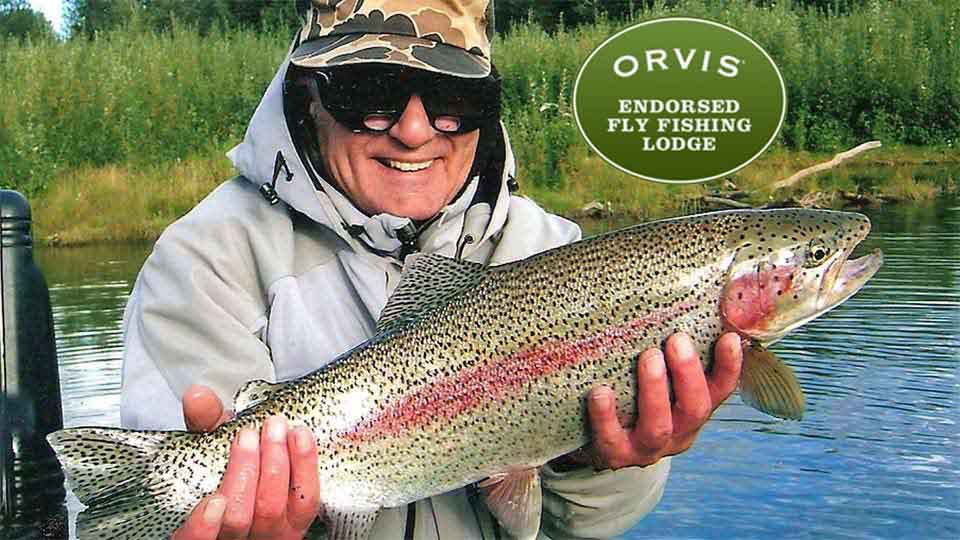 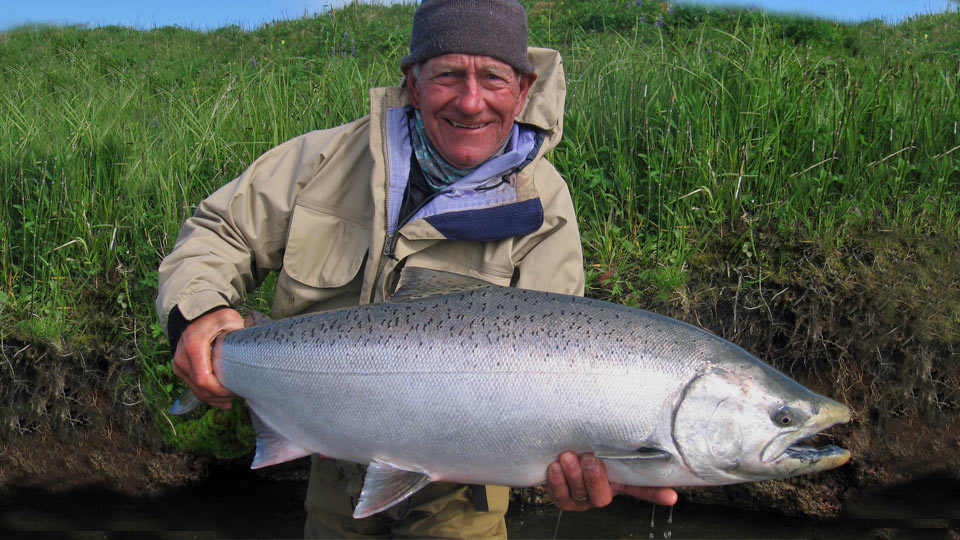