Plus, Coho and Atlantic Salmon - Fly or Lure Fishing Trips

Yan Kee Way Lodge is located on the lakeshore of Lago Llanquihue (pronounced Yan Kee Way), near the small town of Ensenada, Chile, and has breathtaking views of Volcano Osorno and some of the best king salmon fishing in the world.

Fly or lure fish for monster kings up to 50-pounds in the Lodge’s home river—the Petrohue River. Single and double-handed rods are employed. Yan Kee Way is conveniently located to estuary fisheries for large rainbow and sea-run brown trout, and steelhead, as well as silver, Atlantic, and king salmon. Fishing spots on the Rio Petrohue are approximately 20 to 35-minutes from the Lodge. Rivers and streams on Lago Todos and Los Santos are only 15-minutes away.

Monster Kings:  In the river, you’ll be spin casting, and in the salt, you’ll be trolling. Fly fish for monster kings in the Petrohue River, with single and double-handed rods. Catch-and-release fishing. The run starts mid-January, and they spawn until mid-April. They also fish for them in the small feeder streams of the Petrohue, the San Antonio, Cobre, and Saltos Rivers. Numbers are higher for catching in March, but they are starting to color up a bit. For gear anglers wanting more chrome-bright and hard fighting fish per day, you’ll go to the salt and fish in the Reloncavi Estuary, a 30-minute drive from the Lodge. Troll the best areas employing fishfinders and great equipment.
Trout Fishing:   Brown and rainbow trout fishing is also good in the Rio Petrohue and a variety of other streams, lake inlets and outlets, and spring creeks. 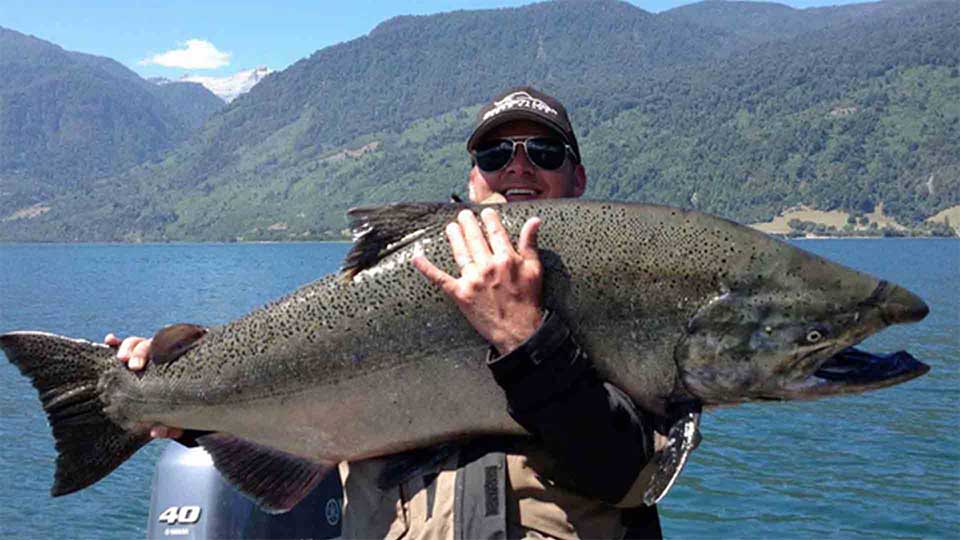 Fishing Season:  The Lodge freshwater brown and rainbow trout fishing season runs from November through April, with peak salmon fishing from February to April.
Catch and Release:  The Lodge is a catch-and-release operation for all species.
Boats:  Fishing is accessed via jet boat and float craft from run to run and then walk and wade. The Lodge uses Catarafts, two jet sleds, and an 18’ Lund Alaskan. Float tubes are also available. The Catarafts consist of two 16” inflatable tubes and a rowing frame. Ultra-mobile, catarafts allow guides to hold anglers over the fish by back-rowing against currents, which would otherwise be impossible to resist in any other type of float or drift boats.
Two anglers per boat and guide. The Lodge caters to 12 anglers per week.
Guides:   Professional English-speaking Chilean guides. The Lodge also has a few US guides who are here seasonally.
Fishing Equipment:  Tackle and gear are provided for the gear anglers to use. The Lodge uses Edge Rods, designed by Gary Loomis and Shimano Reels. They also use Brad’s Lures and Cut Bait plugs. Some fly equipment is available, but we suggest that fly anglers bring their own rods and flies. Waders and boots are available to use while at the Lodge. A comprehensive tackle and gear list is included in our confirmation packet.
Fishing Licenses are included in the package and issued on-site.

Sample itinerary:  A hearty breakfast is served at the restaurant between 7:30 a.m. and 9:30 a.m. The start time depends on visibility, weather, and where you’d like to fish. They'll drive you to your destination for a full day of fishing (seven to nine hours), with shuttle times averaging 30 minutes to the estuary or up to two hours when saltwater fishing. A streamside lunch is prepared either at the river or prepacked to your order. You'll be off the water between 5:30 and 6:30 p.m. Dinner is served at 8:00 p.m. Before or after dinner activities include:  fly-tying station, spa facilities, watching the news, and Wi-Fi access. 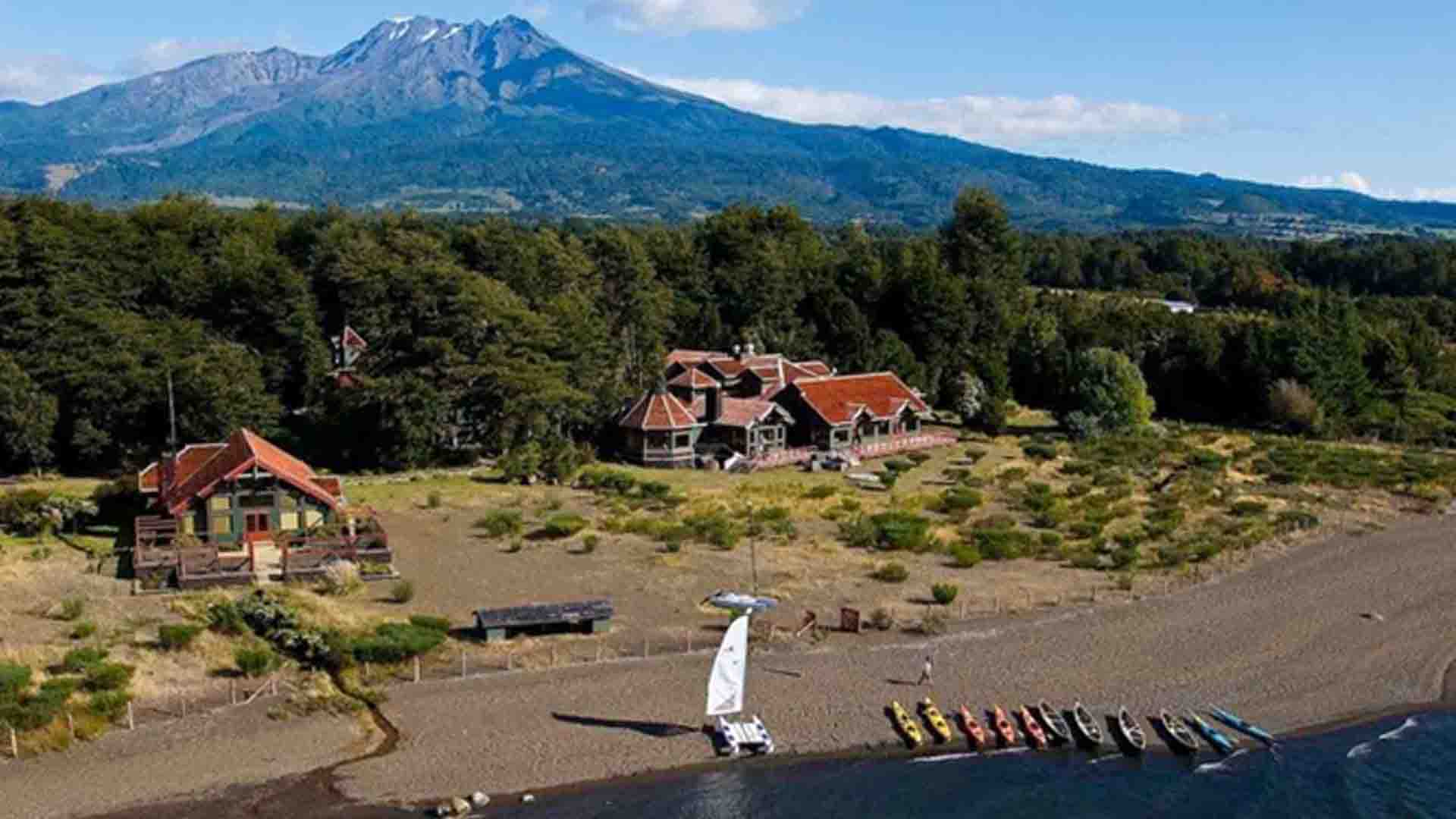 The resort complex sits at the lake’s edge in a small twelve-acre forest in the shadow of Volcano Osorno. You'll stay in 750-square-foot bungalows with central heating, a living room, Jacuzzi-style bath, and 24-hour electricity. Five-star mattresses, goose down comforters, free W-Fi. There is also an on-site spa. The hot tub has a spectacular view of the volcano and lake. There is also a small gym with workout equipment, saunas, and a massage room. This is an excellent trip for couples with an extensive list of non-angler activities.
Fabulous Meals:  Breakfast and dinner are served at Yan Kee Way’s famous restaurant, Latitude 42. The Latitude 42º restaurant received Frommer’s highest rating and is featured on their Chilean countrywide list of “Best Places.” The restaurant is located right on the lake and overlooks the volcano. A breakfast of coffee, tea, fruit, cereal, pancakes, breads, meats, and eggs to order are all standard fare. For anglers. the Lodge staff prepares a boxed lunch of soup, sandwiches, empanadas, fruit, and cookies. Dinners at the restaurant feature international and Chilean cuisine with Chilean wines. A selection of premier, fine Chilean wines are available from the wine cellar for purchase.
Power:   220V/50 cycles. Two-prong (round) plug (European standard adapter). For US citizens, a converter is required.

You'll fly to the Santiago Airport (SCL) in Santiago, Chile. From there, you’ll take a 1-hour and 45-minute minute flight to the Tepual Airport (PMC) in Puerto Montt, Chile. (No airfare is included in the package.) There is a baggage weight limit of 44-pounds for this flight. Upon your arrival at the airport, you'll be greeted by a Lodge representative who will drive you to the Lodge, a scenic one-hour drive.

Non-angler (all-inclusive)
$6,000.00 per person
There are many non-angler activities available at Yan Kee Way Lodge – photographic tours to the nearby national parks and Osorno Volcano, hiking to spectacular waterfalls, whitewater rafting, horseback riding, touring the scenic Chiloé Island and shopping in nearby Puerto Varas.

International airfare to Santiago, roundtrip airfare to/from Puerto Montt, well drinks, beer, and liquors, phone calls, gratuities, or other items of a personal nature, or anything not mentioned under inclusions.

Yan Kee Way Lodge is a wireless hotspot, and all guestrooms and public spaces are within the wireless network. Feel free to bring your portable computer equipped with a wireless card. You may also send and receive faxes, use their internet station, or make local or international calls from the lounge or your room. You may bill calls to a credit card, use prepaid phone cards, or charge calls to your room. You can receive wake-up service calls on your room’s telephone. 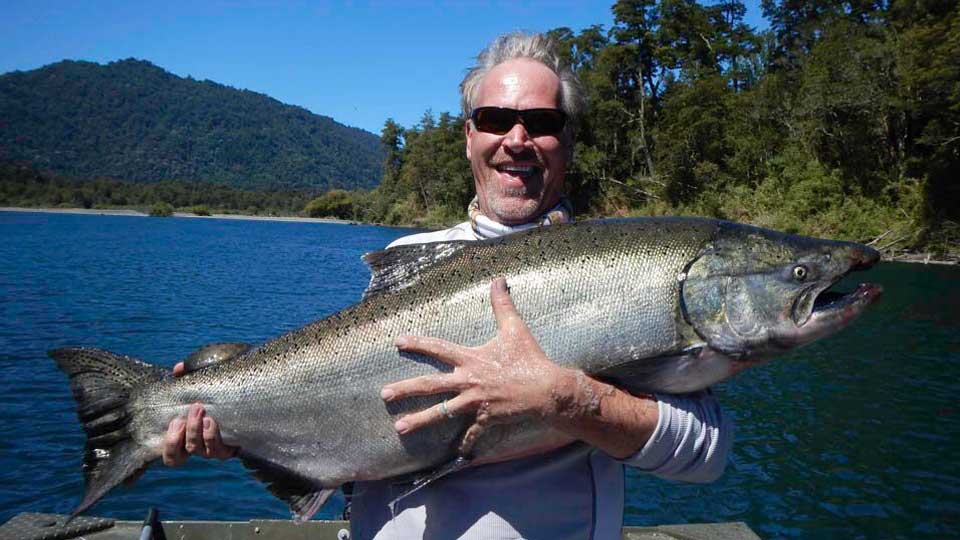 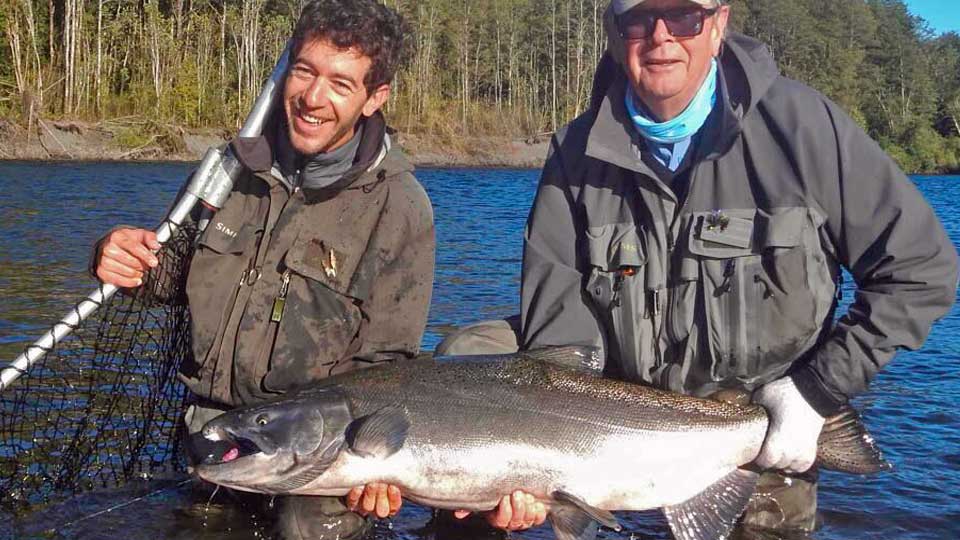 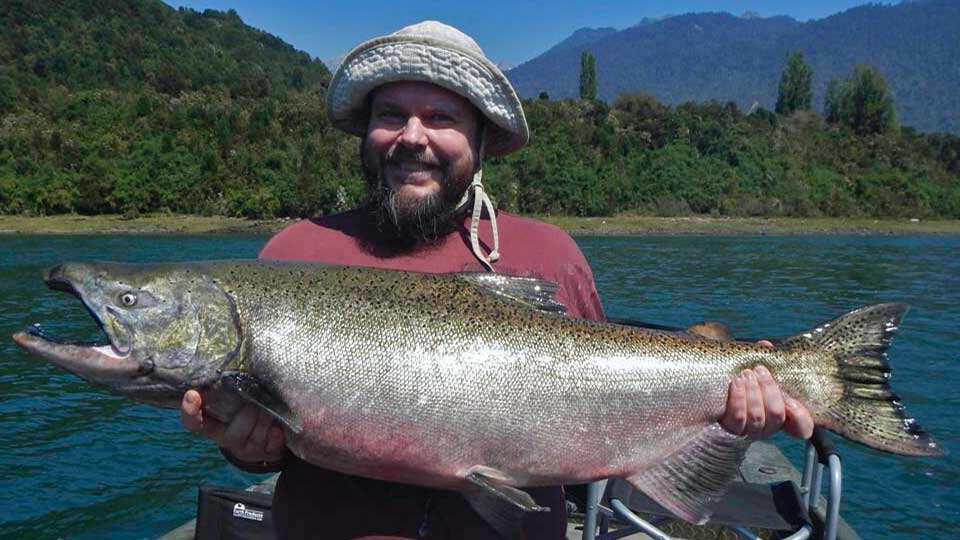 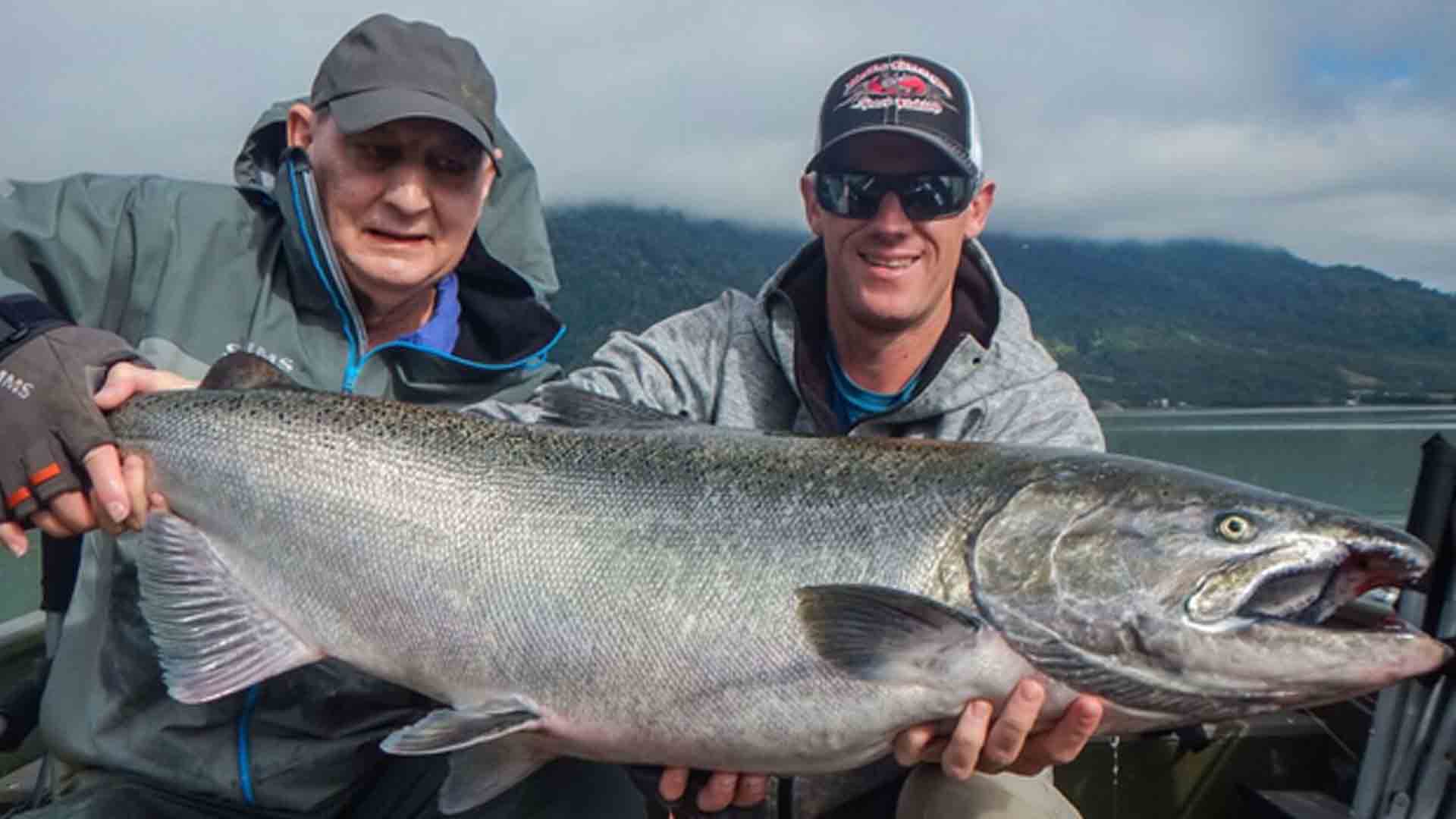 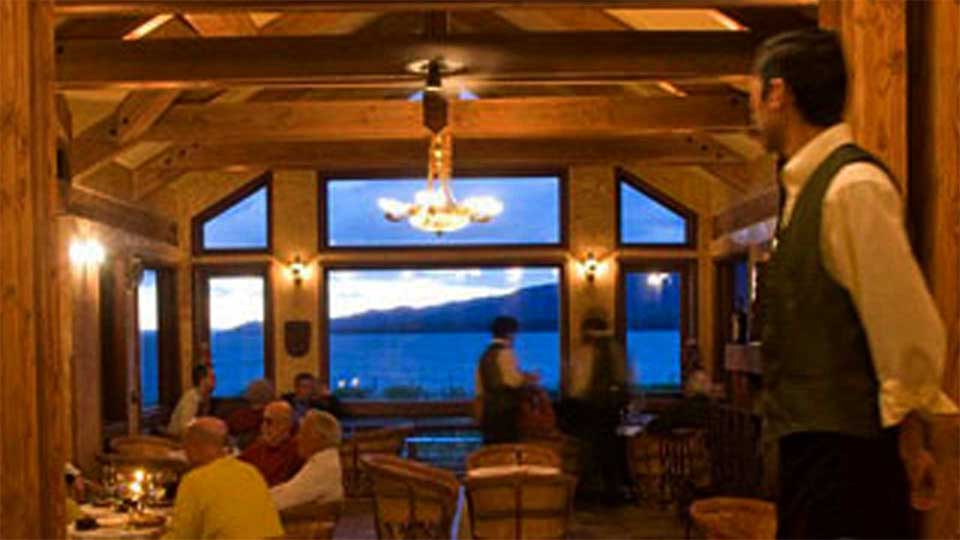 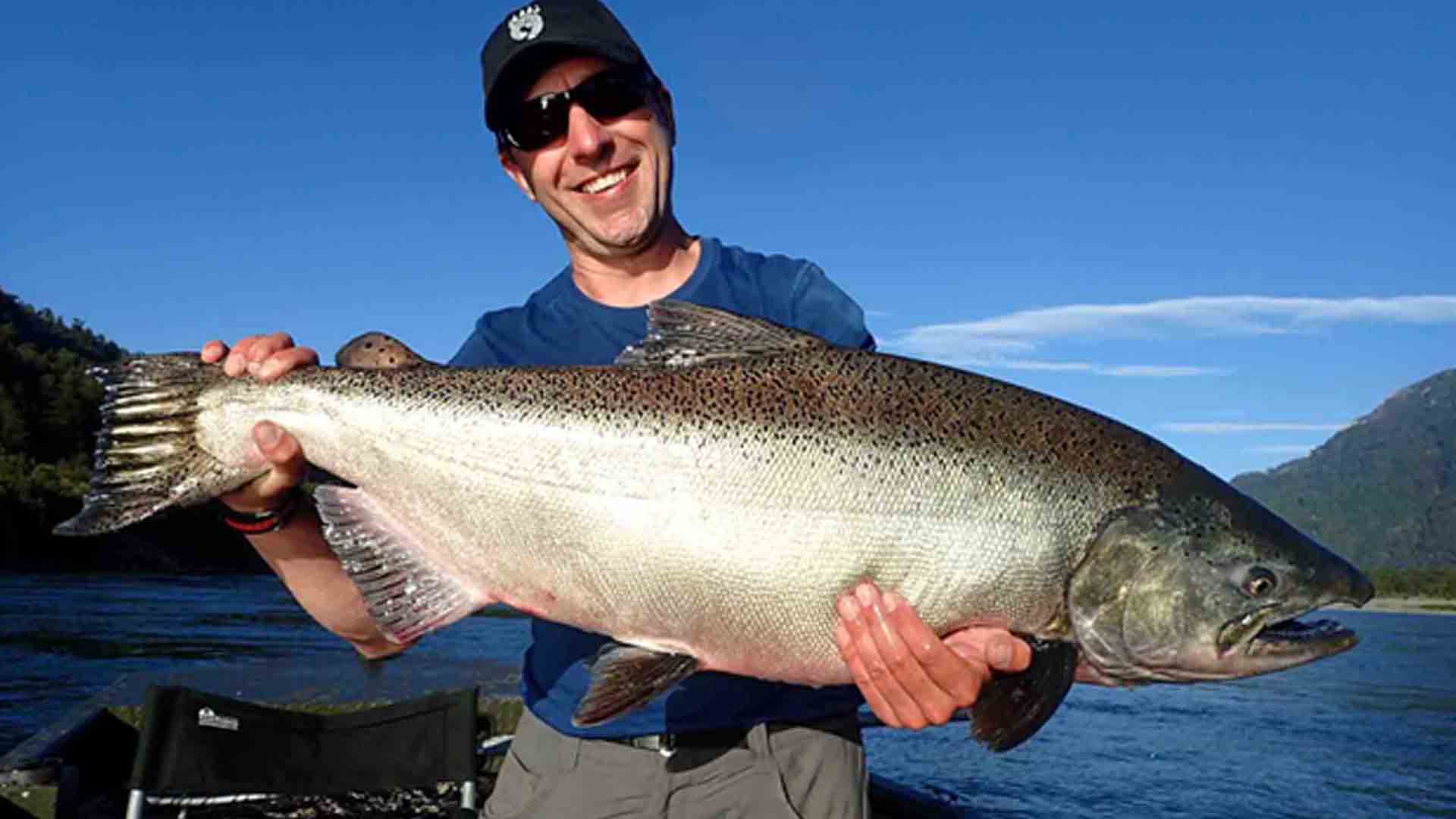 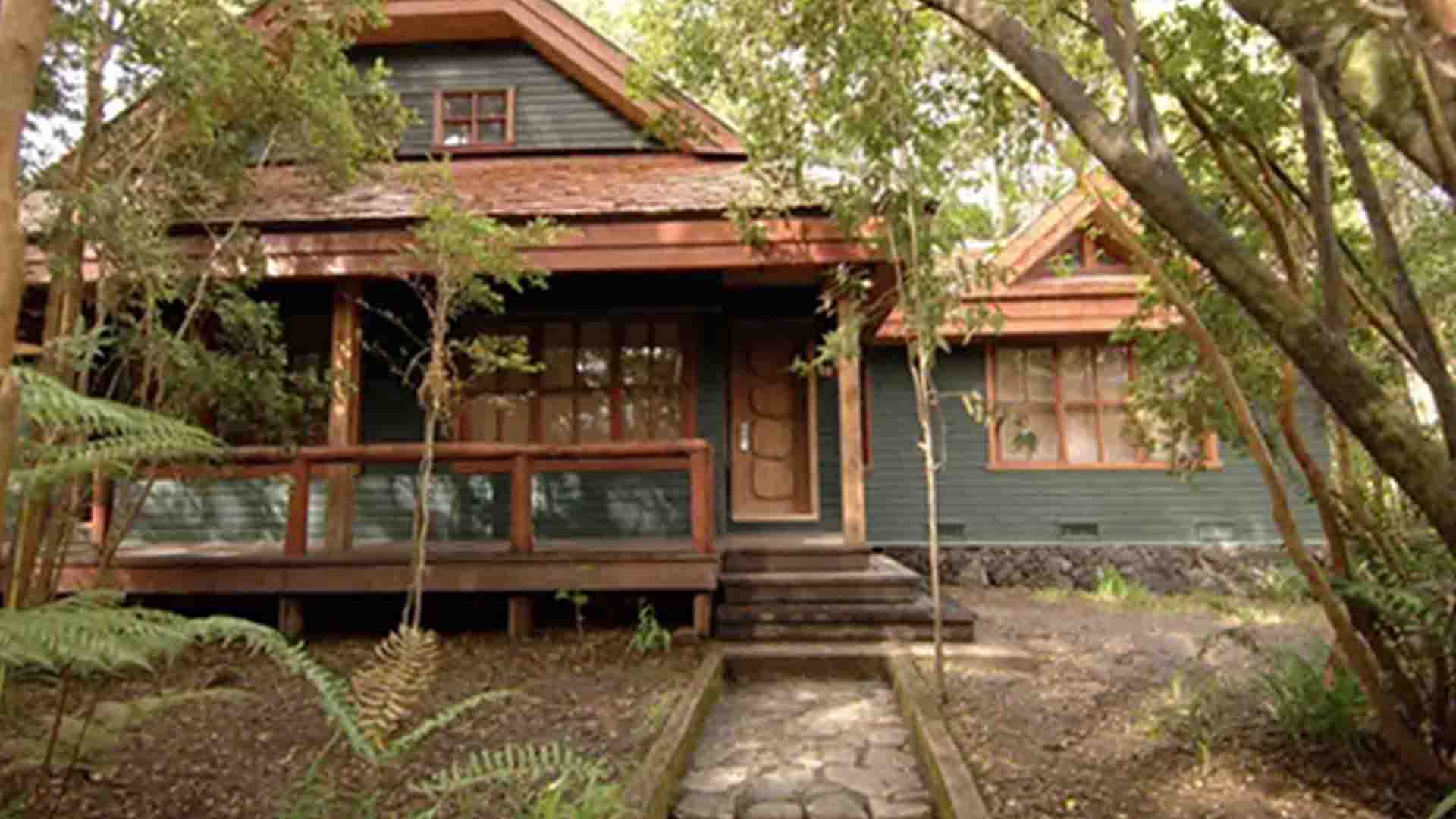