The beautiful Tungufljót River is located a little over two hours southeast of the airport in Reykjavik. The Tungufljót, an 18-mile long river with several tributaries, gin-clear waters, endless pools, and large sea-run browns. The river is situated in a lava field surrounded by glaciers and volcanoes. The fishing area is close to some of Iceland's most spectacular natural sites, such as Skaftafell National Park and Vatnajökull, Europe's largest glacier.

All fishing rights in Iceland are privately owned and leased to outfitters. Fish Partners is the only Orvis-Endorsed Fly Fishing Outfitter in Iceland.
Here, sea-runs average between 5 and 10-pounds, 20-pounders are landed each year.
The Tungufljót flows through a canyon area that is narrow enough to jump across at one point. You'll also fish Tungufoss Falls. The falls have a salmon ladder to aid the fish run. Below the falls is a gravel area with boulders that makes for nice holding water. The lower river is more expansive, and you're able to fish from both sides. 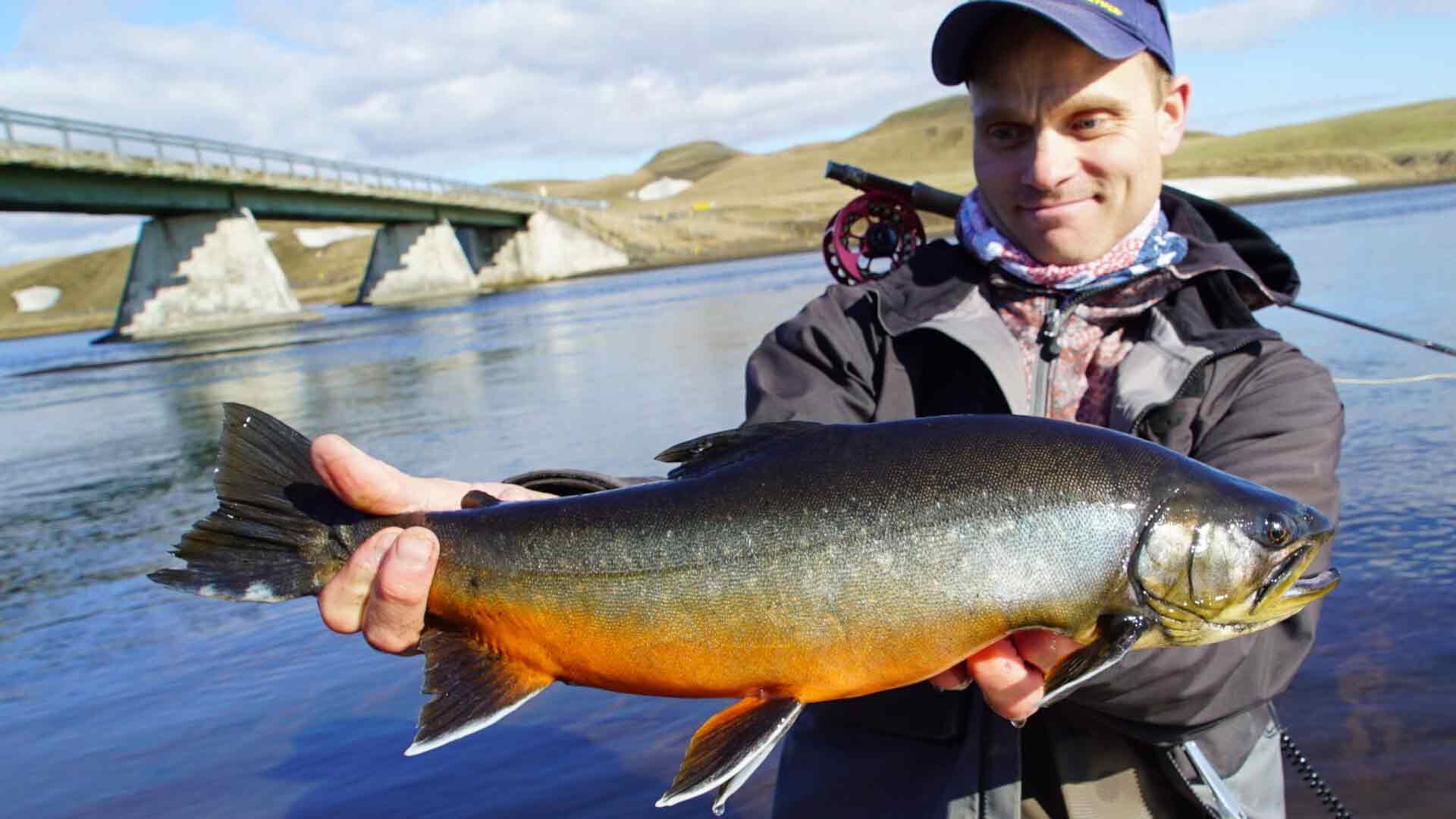 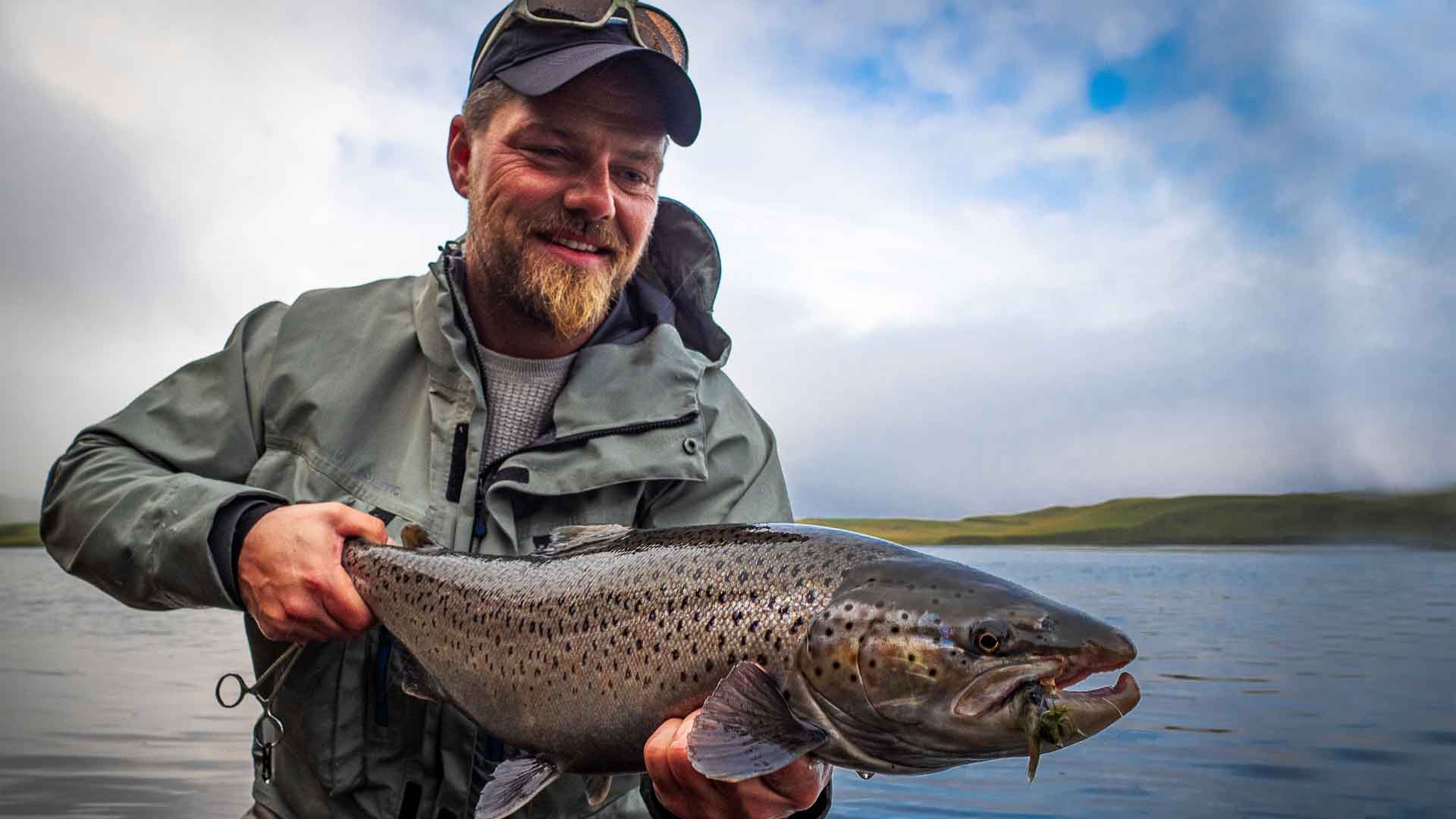 Peak Season:  Primetime for sea-run brown trout fishing is in April and May when they make their way downriver toward the ocean to feed and then again mid-August through October when they run upriver from the ocean in preparation for the fall spawning season.
Species:  In addition to large native sea-run browns, the river also hosts throughout the season Atlantic salmon, Arctic char, and resident browns. Catch and release fishing only.
Travel Time:  Fishing grounds are 10 to 30-minutes from the Guesthouse. Guides will drive you in 4x4 vehicles.
Guides:  Knowledgeable, English-speaking guides. Two anglers per guide.
Rods Per Day:  The river allows four rods per day.

Equipment:  No equipment is provided. Typical tackle is single-handed rods in the 6-8 weight range, and sinking lines and sink tip can be very useful. Smaller double-handed or switch rods can also be used. Most fish are caught on traditional sea-run brown trout streamers like Black Ghost, Nobblers, Dýrbítur, etc. Nymphs can also be effective in certain situations. Double-handed/spey rods can also be used. A comprehensive tackle and gear list is provided in our confirmation packet.
Fishing License:  Your fishing license is included in the package. 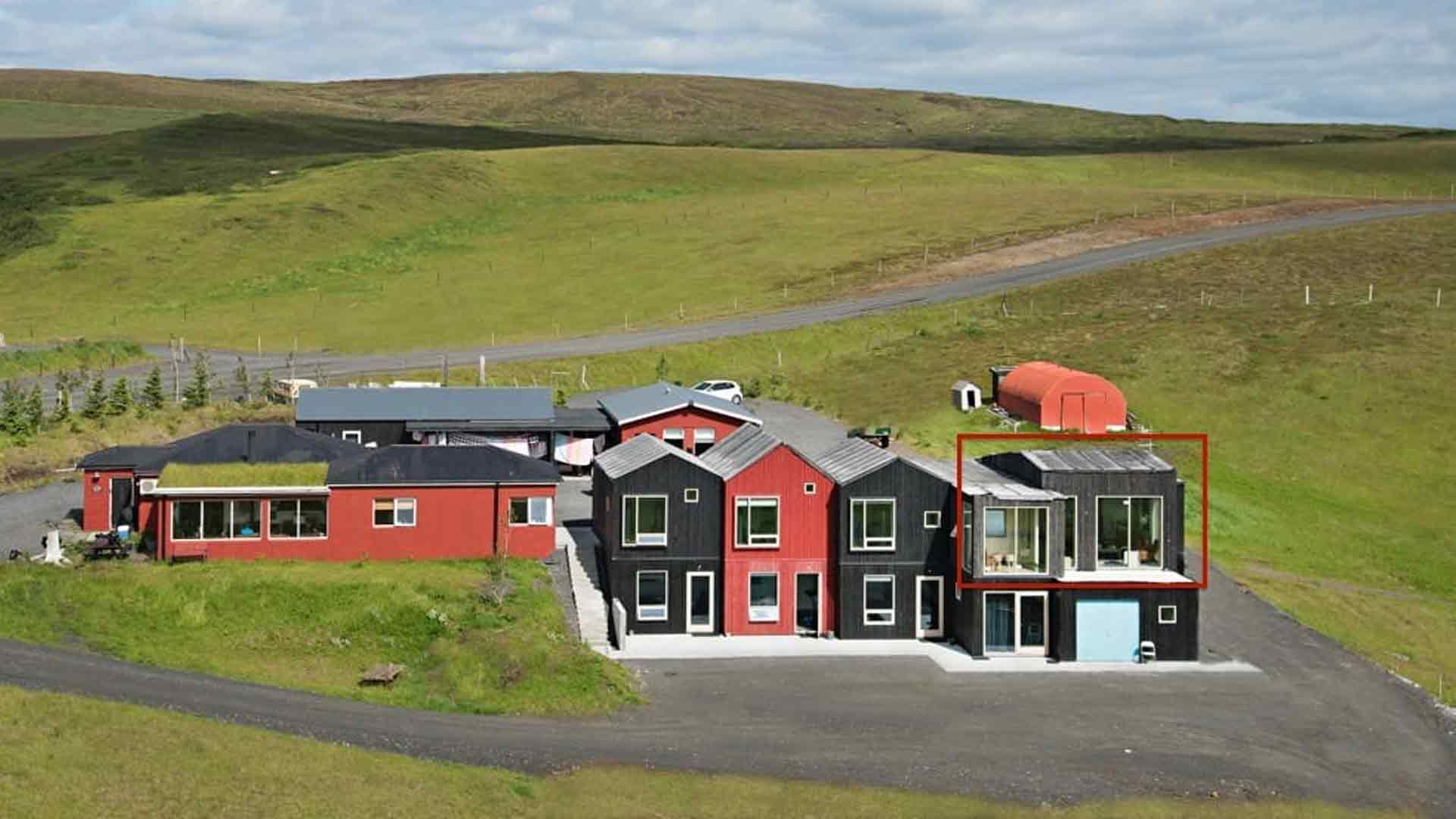 Skaftafell is a wilderness area in Vatnajökull National Park known for its ice-capped peaks, waterfalls, and hiking trails.
The Hrífunes Guesthouse, only a few minutes from the river, provides dining and lodging. The Guesthouse is the perfect place to rest after a long day on the river.
Communications:  In Iceland, the power sockets are type F. The standard voltage is 230 V. A travel adapter is required.

Day 1:  Early morning pick up in Reykjavík at either your hotel or the airport. After a 144-mile drive, you'll arrive in Skaftafell around lunchtime and check-in at the Hrífunes Guesthouse. After a quick lunch at Guesthouse, you'll head out and fish the Tungufljót. You'll return to the hotel at 8 p.m. for dinner.
Day 2-4:  Breakfast at the Guesthouse. You'll fish from 9 a.m. to 6 p.m. Lunches by the river include sandwiches, fruit, soup, candy bar, coffee, and tea. A buffet-style dinner at the Guesthouse.
Day 5:  After breakfast, you'll check out of the Guesthouse, then head out to fish. About 2 p.m., your guide will drive you back to the airport in Reykjavík. 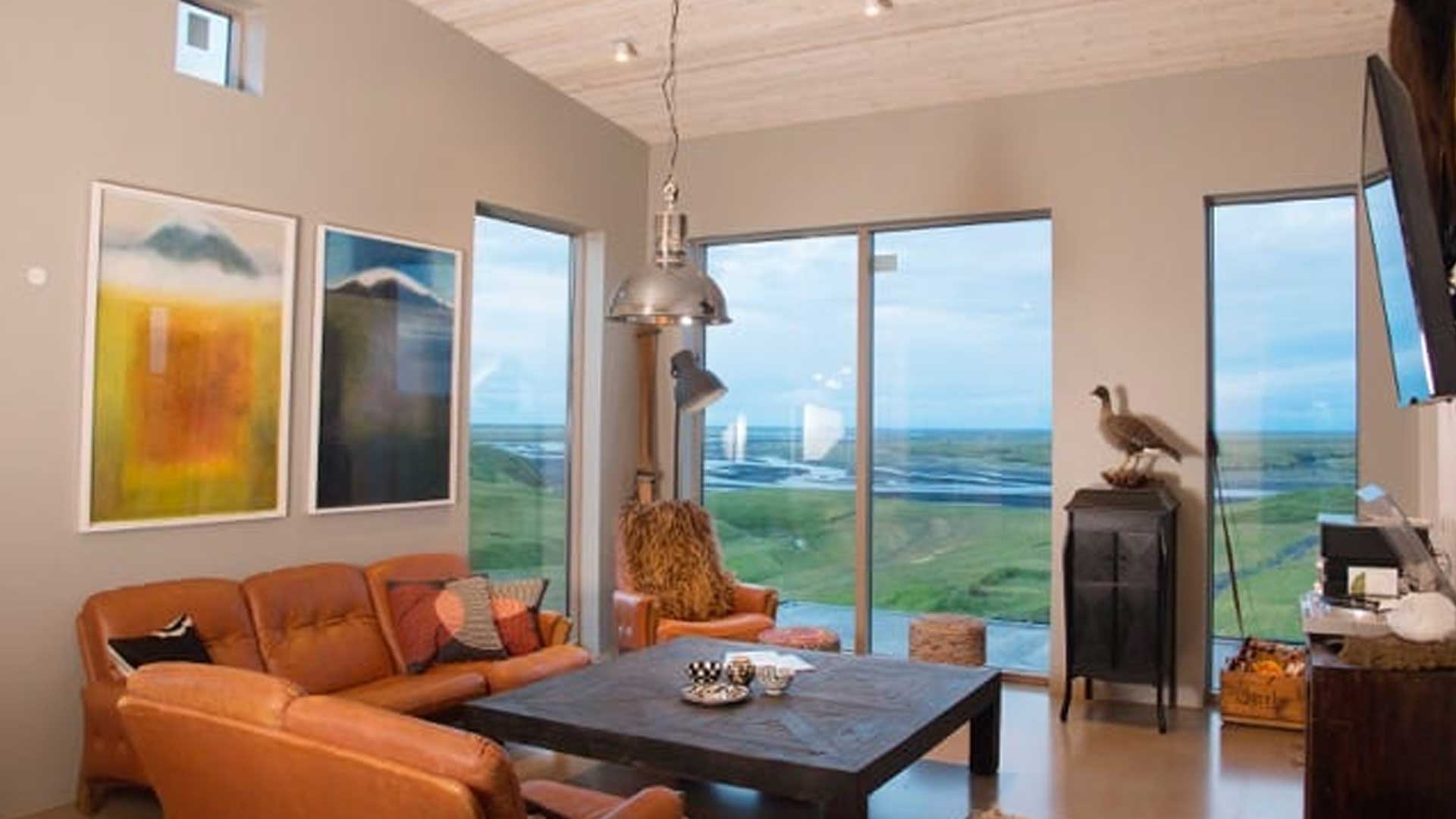 Bedroom at the Guesthouse 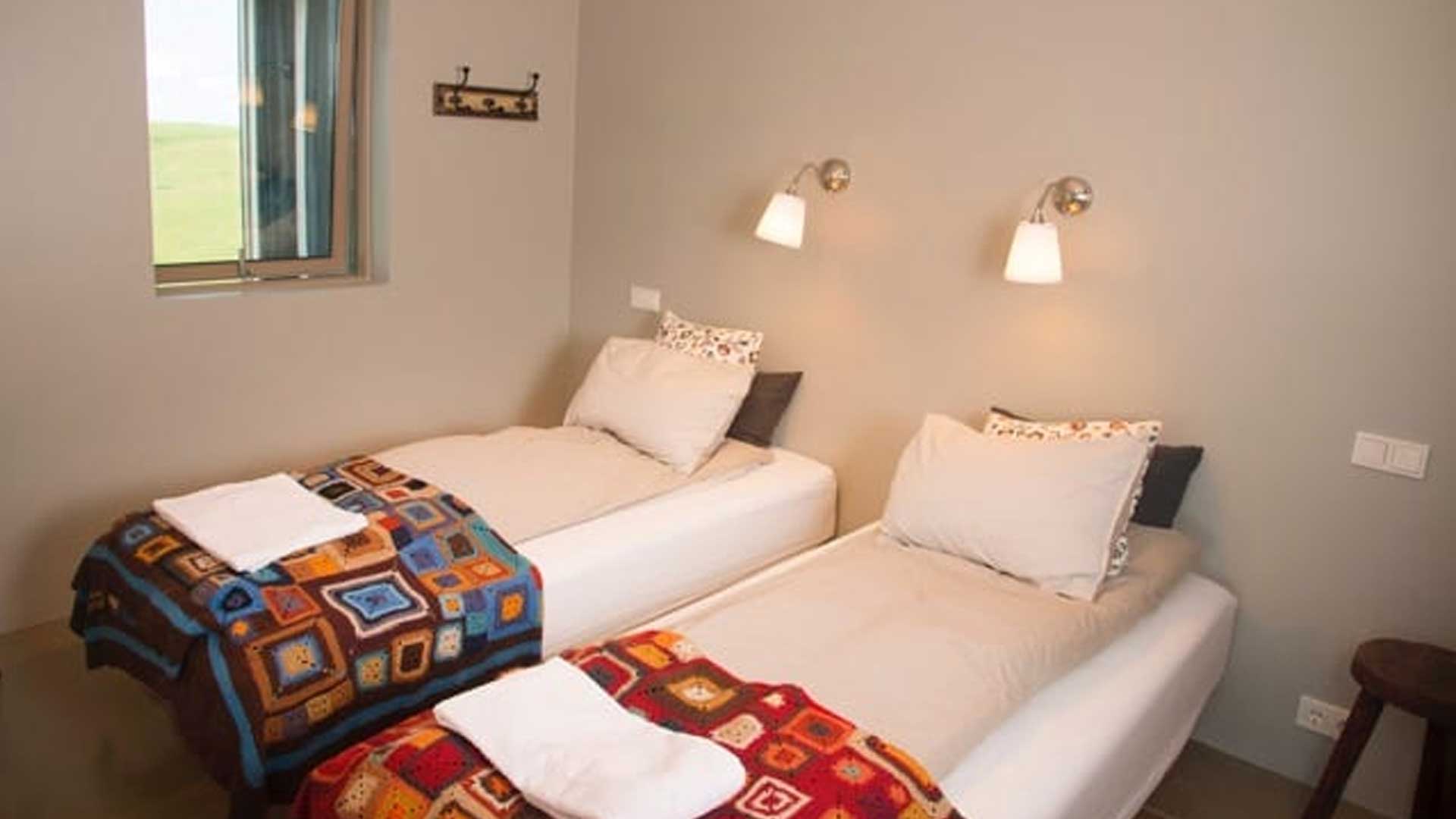 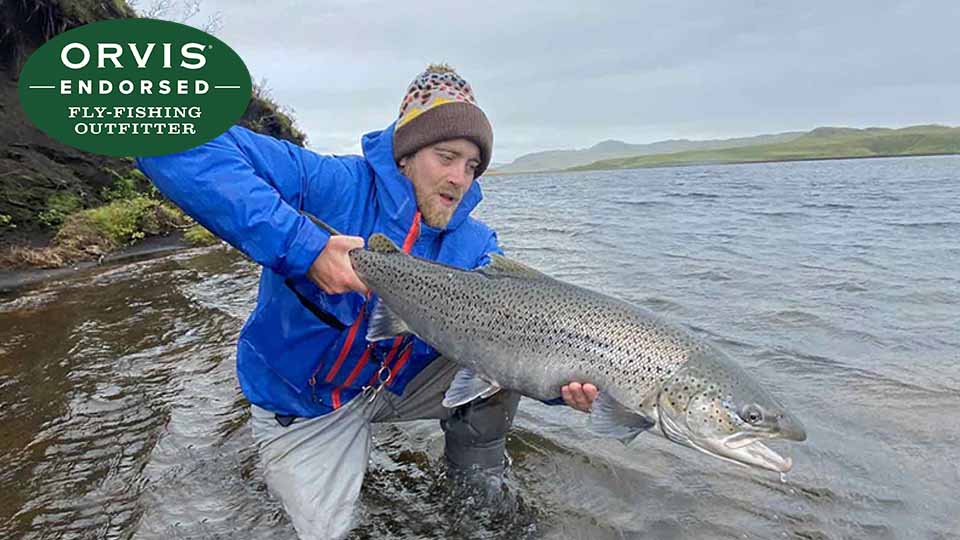 A Fish Partners representative will pick you up either at the Reykjavík hotel or the Airport. After a 144-mile drive, you'll arrive in Tungufljót and check-in at the Hrífunes Guesthouse.

Highland and Tungufljot Combo
4-nights and 5-days guided fishing $4,780.00 per person.
Rates are subject to change.
Guests will stay 2-nights at the Highland Fishing Lodge and 2-nights at the Hrífunes Guesthouse. Both are located just minutes from the rivers to maximize your time on the water.

Sample Itinerary:
Day 1 - Early morning pick up at your Reykjavík hotel or Airport. Arrive in the highlands and fish one of the rivers the highland program (Tungnaá, Kaldakvísl) lunch by the bank. Back to lodge at 6 pm for dinner.

Day 2 - Breakfast at lodge, fish 9 am-6 pm, lunch by the river. Back to the lodge for dinner. *optional sightseeing after dinner or evening fishing*

Day 3 - After breakfast check out of the lodge. Your guide will take you on the stunning drive over the highlands down to the south coast river of Tungufljót. Fish the afternoon in Tungufljót. After fishing head to your accommodations at Hrífunes Guesthouse for dinner and rest.

Day 5 - Breakfast at the guesthouse at 8, after breakfast you'll check out and head out to fish. Fish 9-2 pm. After fishing your guide will transport you back to Reykjavík/Airport.
Click here for our Highland Rivers page.

Package Does Not Include:

A deposit of 50% per package is required at booking to secure the reservation. Full payment is required 90-days prior to the trip.

Notice of cancellation must be sent by e-mail. A refund can only be made if the trip is re-sold. Canceled bookings may be resold at a discounted price, and refund will be discounted accordingly. The outfitter advises you to buy travel cancellation insurance.
Fishing with Larry strongly recommends purchasing trip insurance.
Request an Information Packet.