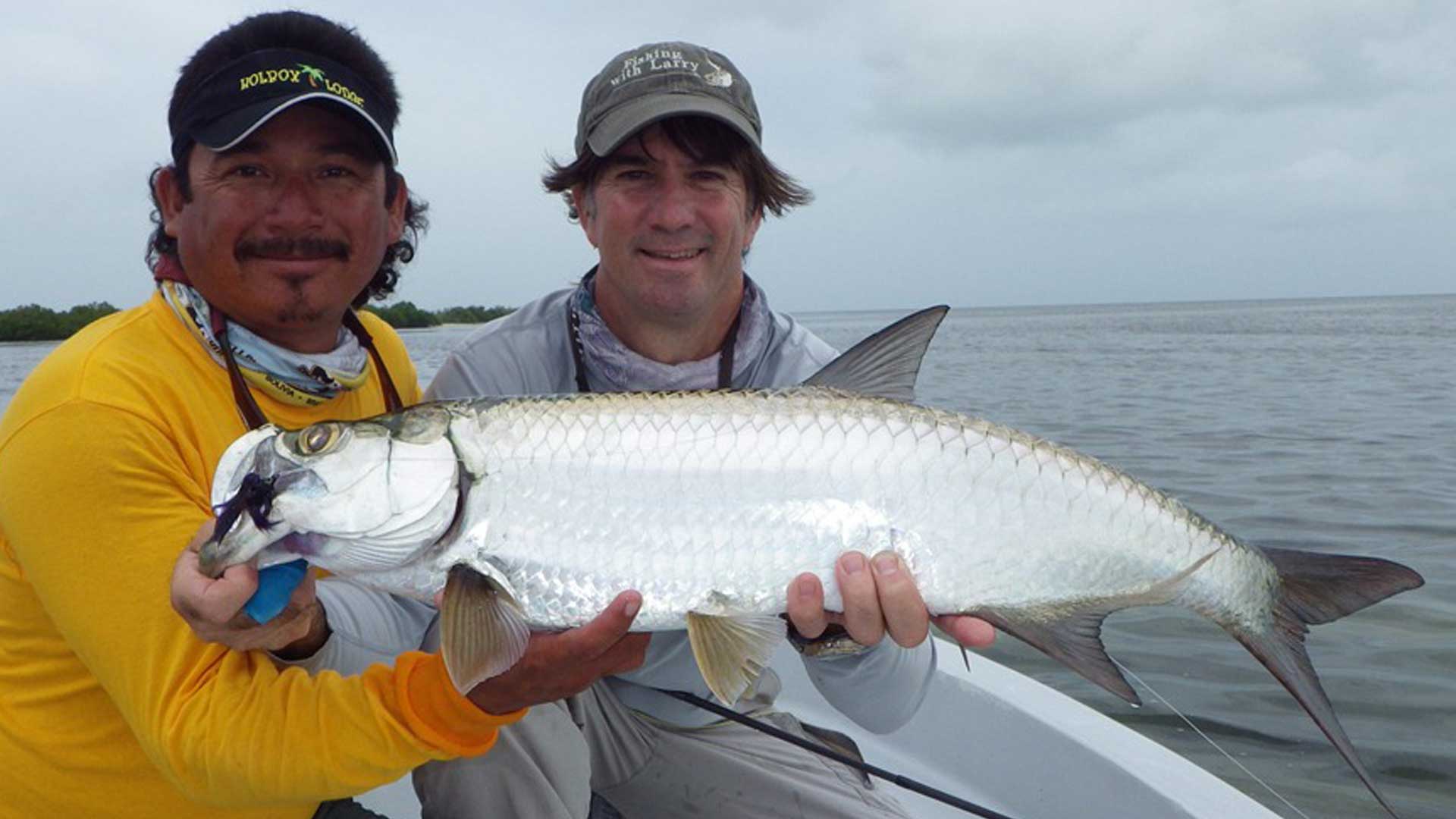 Sadly, Holbox Island Fly Fishing Lodge closed in 2021. Tarpon exceed 100-pounds from May to September, and there are five to 40 pounders available year-round. Trophy tarpon destroy most tackle, and battles of over an hour are the norm, not the exception. Catch-and-release only. Plentiful barracuda, snook, and some permit are also available year-round.
Holbox is ideal for anglers looking for some world-class clear, warm water fishing. You'll target big tarpon, baby tarpon, snook, barracuda, cobia, sea trout, and even permit on occasion. Fly-fish from flats-style pangas. Present your Black Death fly to schools of giant tarpon in clear, shallow water. Each battle can last 45-minutes or more. Depending on water conditions in the afternoon, you may move into the mangrove lagoons where the guide will pole your boat in search of baby tarpon and snook.
Sample Fishing Day:
Coffee is delivered to your door. After breakfast, you'll depart the Lodge at 6:00 a.m., with another angler and your guide for the fishing grounds. Based on the weather, your guide will determine if you'll fish offshore or in the lagoons. You'll have a boxed lunch on the boat and then return to the Lodge at 2:00 p.m. in time for fresh Ceviche and a cold beer. Dinner is on your own at restaurants in the Village. 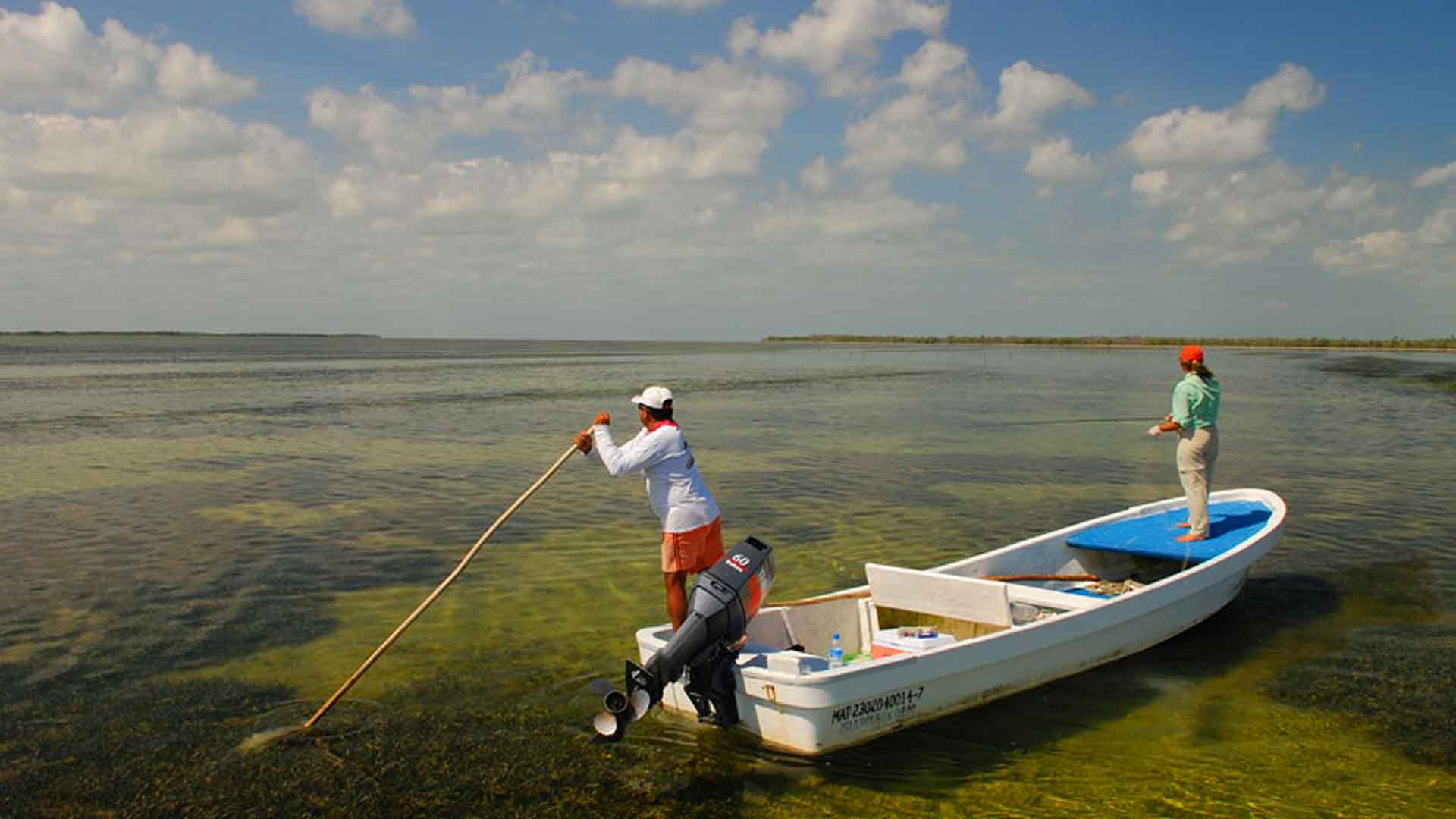 Season:  The Lodge is open year-round.
Peak Season:   May 1 to September 30. The Summer Season focuses on the big migrating tarpon and the resident baby and juvenile population. During the summer, most fishing will be for the big tarpon offshore as the big bruisers migrate along the island.
Low Season:  October to April. In the winter months, you'll target the baby tarpon in the Mangroves of the upper Island, flycasting in beautiful 2-5 foot deep flat. You'll be looking for baby tarpon, barracuda, Jack Crevalle, Snook, and a few other exotics marauding the shallows, looking for baitfish to fill their bellies.
Methods:  While most of their guests target tarpon with flies, spinning tackle is also an effective method.
Boats:  You’ll fish from 20’ to 25’ flats-style pangas with 50-HP motors. Two anglers per panga and guide.
Guides:  All of the guiding is handled by their partner, Alejandro "Sandflea" Vega, a renowned tarpon angler of the Holbox Tarpon Club. Five out of six of their guides speak English.
Equipment:  Is not included in the package. A detailed gear and tackle list is included in our confirmation packet.
Fishing License:  License is not included, $25.00 per week. 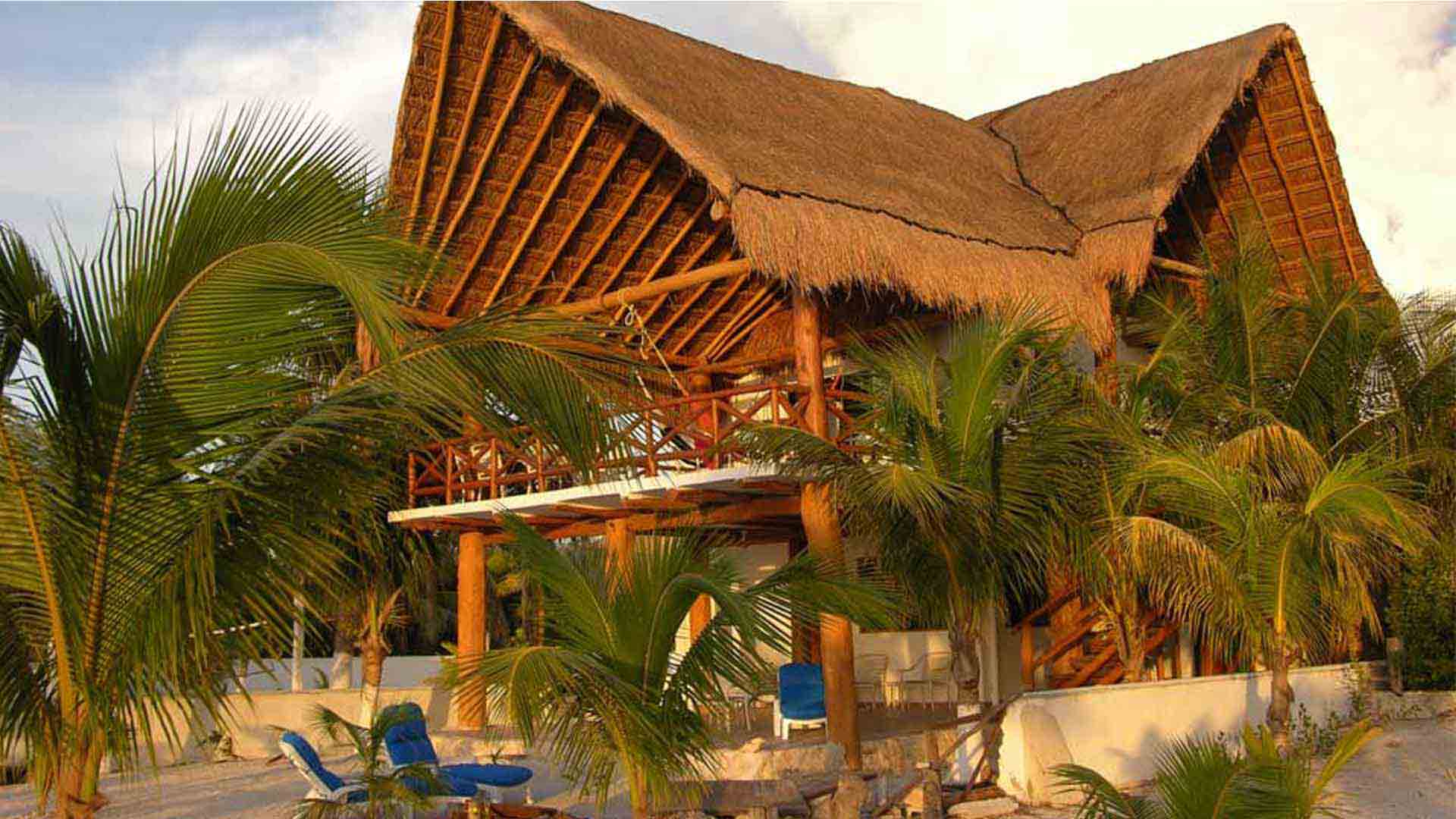 Holbox is a beachfront lodge with spectacular sunset views. The Lodge hosts up to twelve guests. There are five air-conditioned bedrooms. Four of the rooms have two queen beds with a private bath and shower. The master suite has a king bed and faces the beach. Outside of each room, there is a freshwater cleaning rack on the side of the building. Free Wi-Fi is available.
Meals:  You'll have breakfast at the Lodge, boxed lunches on the boat, and dinner on your own in the village. There are many interesting restaurants, a five-minute walk from the Lodge. Dinners average $10 to $15.00.
Golf carts and your own two feet are the only transportation on the island.
Non-Anglers: Enjoy the luxury of laying on the beach, reading, whale viewing, visits to Mayan ruins, and the charming shops of this quaint, little island paradise. 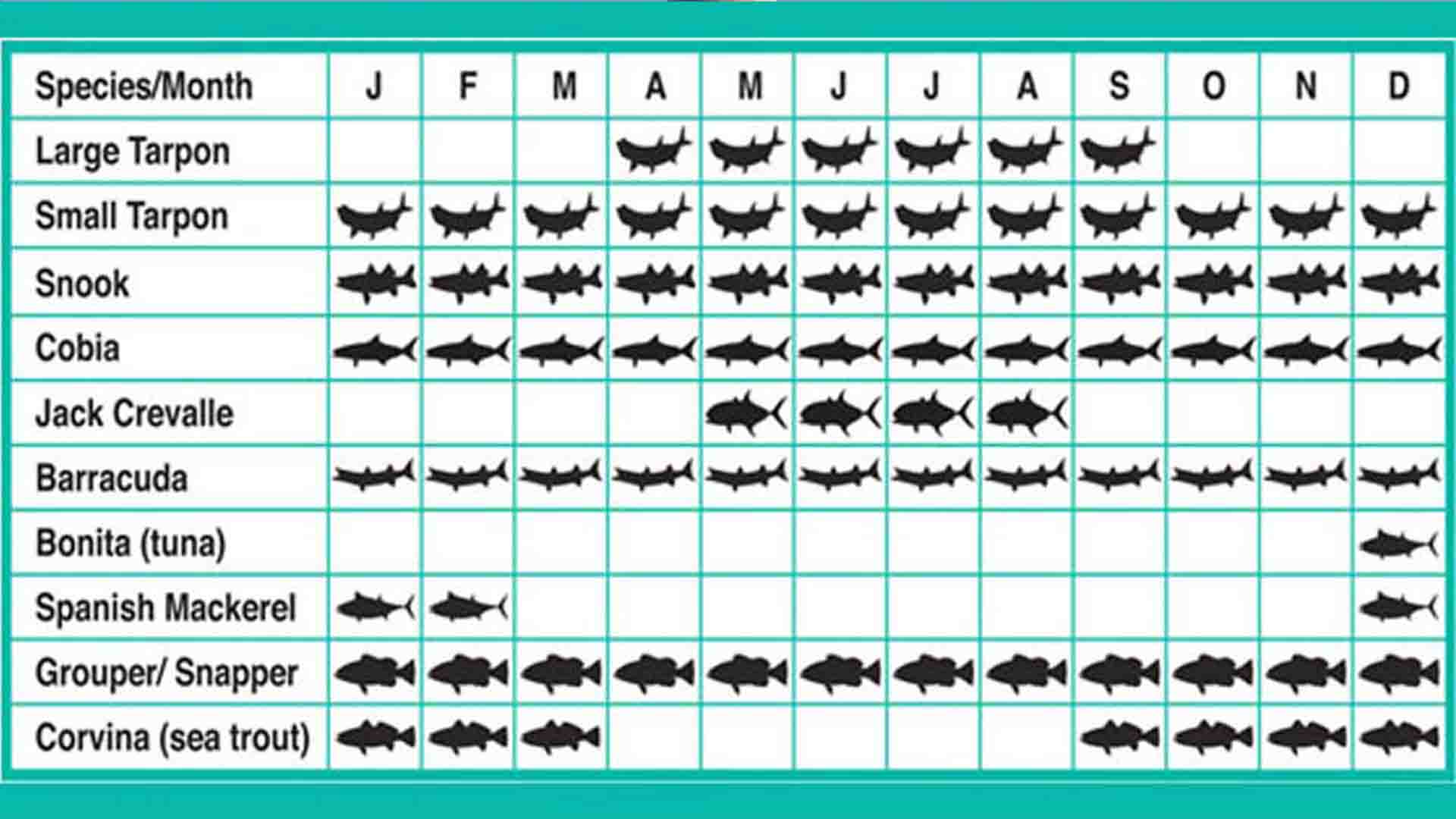 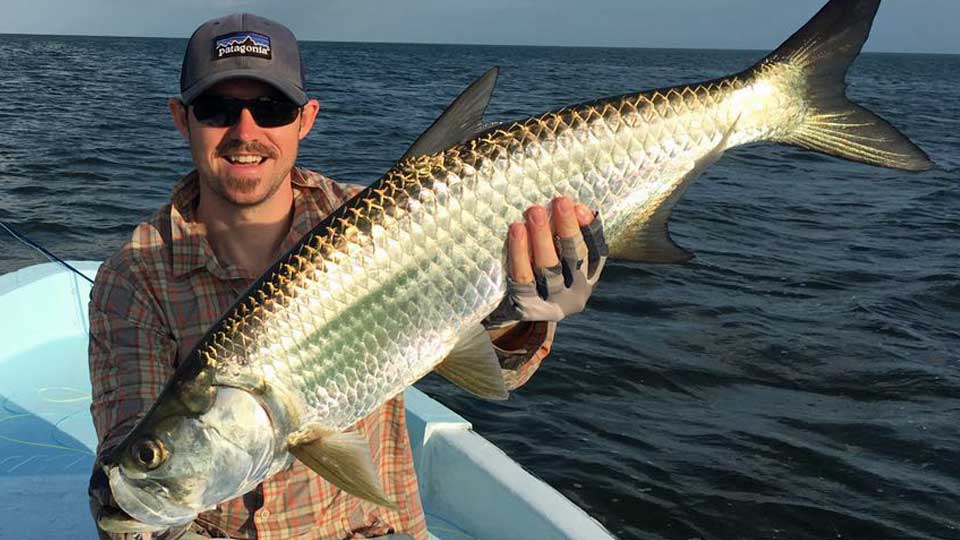 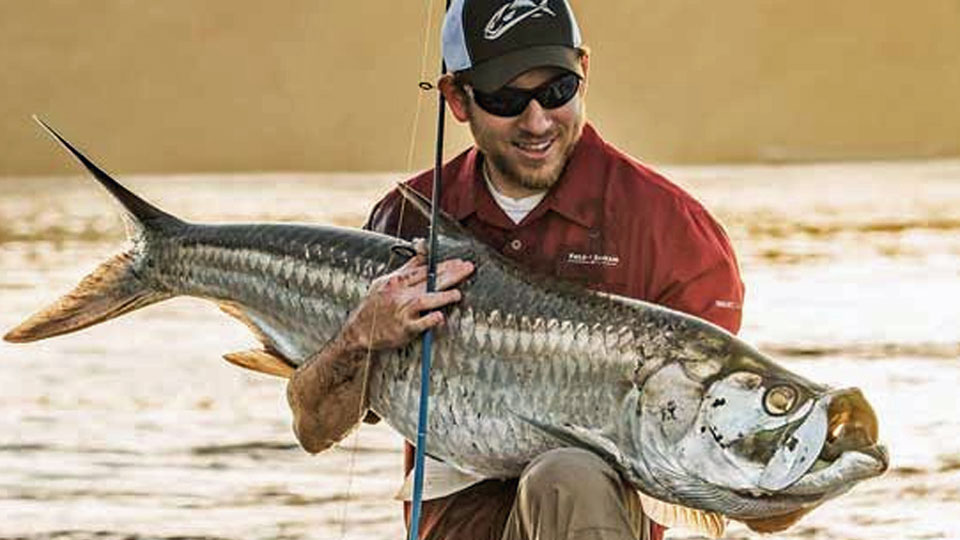 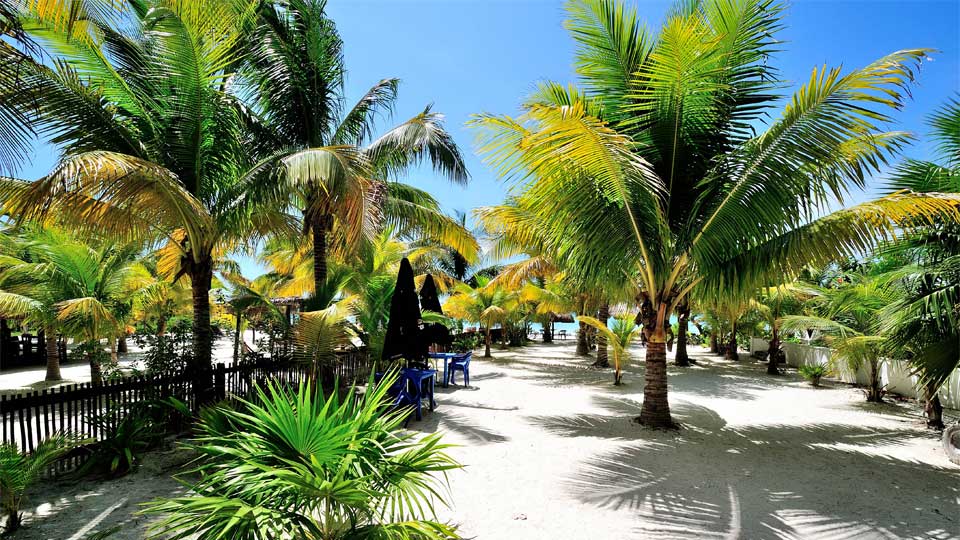 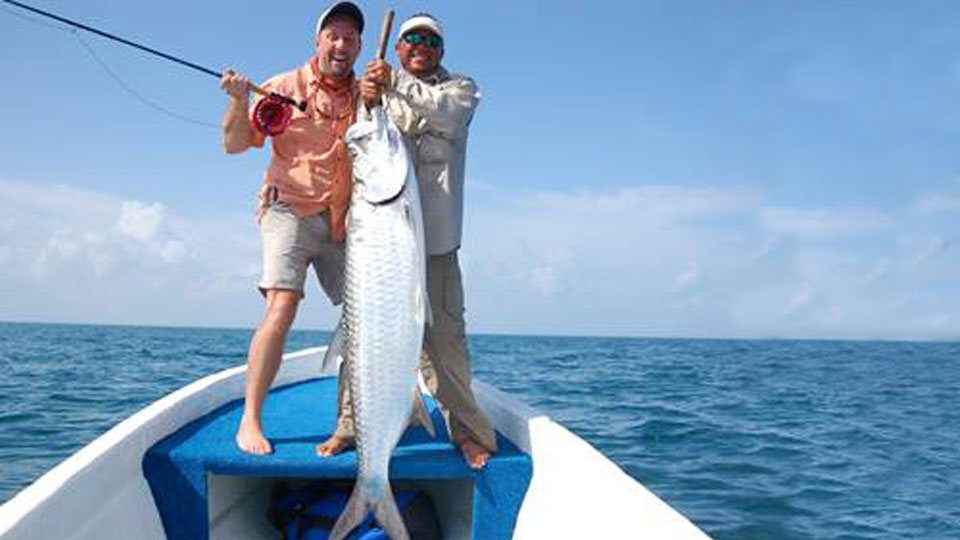 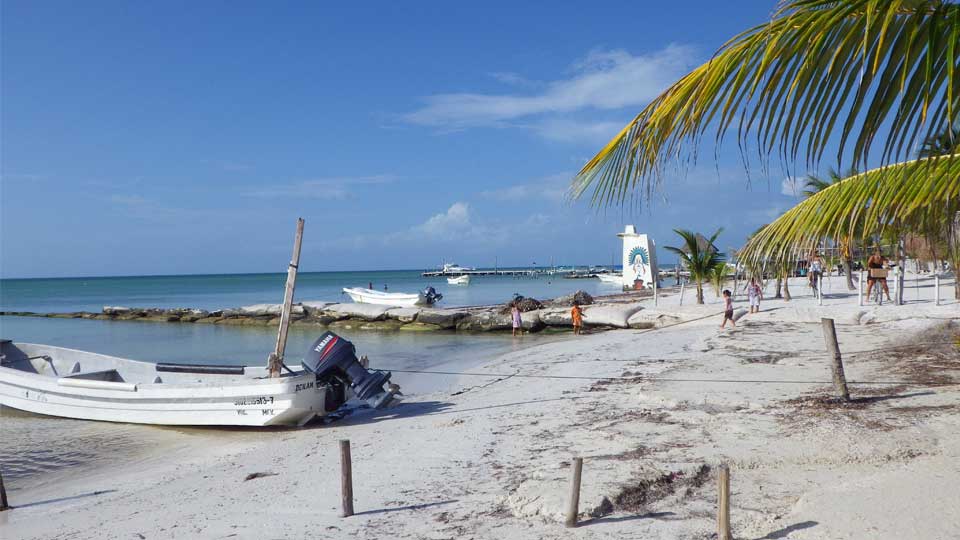