Many of our lodges require that you wear sunglasses to protect your eyes. Here, you'll find several tips on why wearing high-quality Polarized Sunglasses is so important. 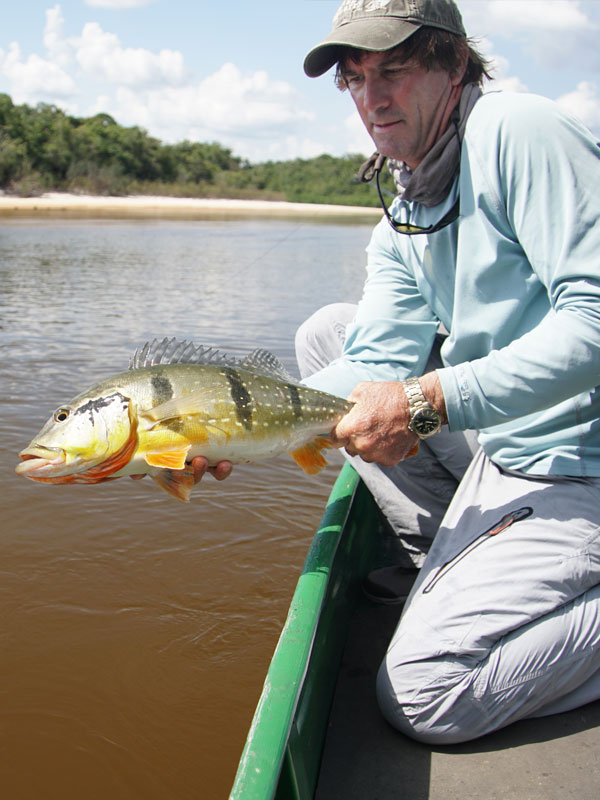 "I have found that the preferred color of lenses is different for every person. You can read all of the recommendations for certain light conditions, water clarity, etc. I use the same amber-colored lenses all of the time and have tried other colors and shades. I am on the Smith Pro Staff and use their glasses.
1.  Wear QUALITY sunglasses every time that you are on the water to help protect your eyes from harmful UV exposure.
2.  Always wear your sunglasses when fishing around other anglers to protect your eyes from flies and lures.
3.  Make sure that your sunglasses have a safety strap on them. (Note the picture of Brad - without the safety strap, his glasses would've been in the river.)
4.  Always take a spare pair of sunglasses with you on a trip. Your sunglasses can break, get lost, etc. Your fishing trip is too important not to have a backup pair with you."
-Brad Staples

"I learned the effectiveness of polarized glasses with an amber lens while steelheading early one morning. It had just turned daylight, and the sun wasn’t even up. I walked out to a large flat rock in about two feet of water. I climbed up on the rock and was about three feet above the water. I thought to myself, it’s probably a little early for sunglasses, but I'll put them on and see if it helps. I tilted my head down to put the glasses on, and before I even got them seated on my nose, a Clackamas River summer steelhead magically appeared a couple of feet in front of me. That was over 40 years ago, and I still remember it like it was yesterday. It made a huge impression on me, and to this day, I would feel naked without a good pair of polarized glasses. The only thing that has changed is I now have a pair with 2X bifocals."
- Guy Schoenborn

My dad Larry Schoenborn (pictured with Aniak rainbow), regarded a pair of polarized glasses and a hook file as two of the most important things to take with you on your trip. 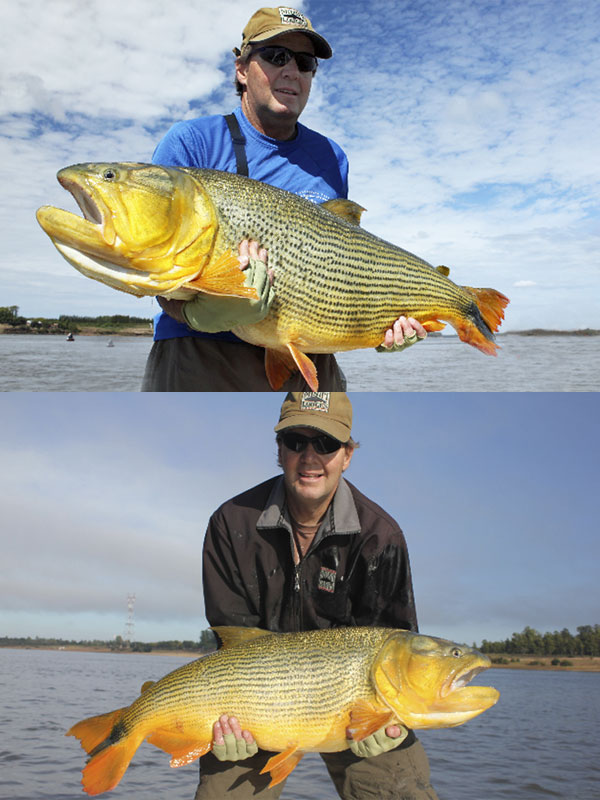 "Well, on the subject of polarized glasses (or polarized light), there are a few things you might find interesting:
For most of us, the polarization of light is difficult to understand. Light can be thought of as a wave—electromagnetic radiation—that normally travels unhindered through the vacuum of outer space. When light is not polarized, these waves are traveling together at all types of orientations—vertical, horizontal, and in-between. Unpolarized light has no organization and is chaotic. Think of waves moving across a lake, which is caused by the wind blowing steadily in one direction. These waves are very parallel to each other in their movement, and their direction of travel is very predictable, creating a polarized condition. Now, if a boat suddenly travels at some angle across these waves, the interaction of its wake with the original waves creates a chaotic wave pattern. The waves are suddenly moving in all directions relative to each other as the boat cuts through them. The waves are chaotic, and there is no organized movement. This is when the waves are unpolarized. It is also how many people get seasick!
Unpolarized light is the same sort of occurrence: it is chaotic light waves that are traveling at all angles relative to each other. A pair of polarized glasses takes that unorganized light and filters it so that only the light that is traveling in one direction is being used. In other words, it organizes the light. A pair of polarized glasses eliminates all the glare and much of the reflections that often prevent us from seeing clearly into the water. You can now spot fish and know where to cast.

If you ever break a pair of polarized glasses, save the lenses. You can use the lenses to cover the lens of your smartphone and be able to more clearly photograph a fish that is being released into the water or to even photograph fish that are in the water. Simply place the lens over the camera and snap your photo. This also works well when pointing your camera into the sky--such as to photograph a bird that is close to the sun.

Polarized glasses also serve one other vital function. They protect your eyes from both the sun and from the errant fly hook that may come back and hit you in the eye. Although most polarized glasses do not meet standards of OSHA-approved safety glasses, the lenses will reduce the impact of a fly striking you in the eye. Remember, on many of our trips, we are so remote that we need to take extreme care of harming our eyes from flying objects!"
- Mike Sadar
Director of Research and Development for Process Analytics
BS in Analytical Chemistry and 30 years of Water Analysis Experience
And, one-time World Record Holder for a 50-pound Fly-Caught Golden Dorado