The Alaska Sapsuk (aka Hoodoo River) and Steelhead River camps on the Alaska Peninsula are located 500 miles Southwest of Anchorage, far beyond the areas typically reached by traveling anglers. These fly fishing camps are about a 50-minute boat ride from the Bering Sea village of Nelson Lagoon. The camps provide access to some of the most pristine and untouched waterways in Alaska. Intimate camp hosts six anglers per week. "Put this one on the bucket list." - Brian O'Keefe. 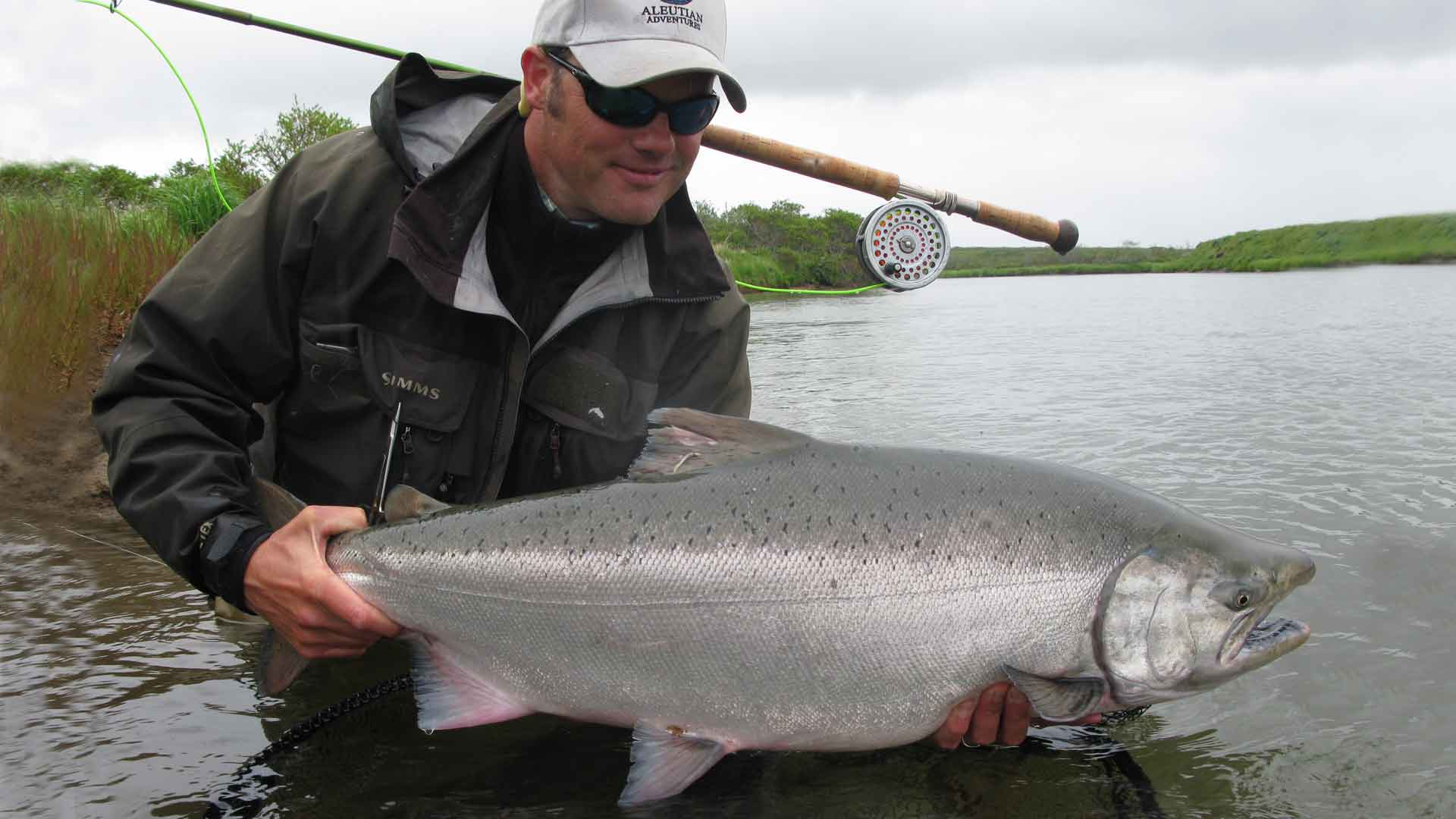 Swing flies to wild salmon at Aleutian Rivers Angling remote salmon camp in the Alaska Peninsula. The Sapsuk, also known as the Hoodoo River, is ideal for fly fishing and easily waded. The camp has exclusive access to multiple rivers and caters to only six anglers per week.
Fish for chrome-bright kings and silvers fresh from the Bering Sea. There are also plenty of chum, sockeye, pinks, rainbows, and dollies.
Methods:  Fly fishing only. Anglers mostly wade fish.
Boats:  The Camp employs 16’-17’ boats with 60 HP and 40 HP Yamaha motors for accessing fishing areas. Three anglers per boat and guide.

King Season runs June and July.
Chrome-bright kings come straight out of the Bering Sea and onto the end of your line. Anglers can expect to catch between two and eight kings per day. Catch-and-release king fishery. July and August are Grand Slam Season. The Sapsuk River is one of the best places in the world to catch all five species of Pacific salmon on the fly for the coveted Alaskan Salmon Grand Slam.
Silver Salmon Season:  Mid-August to Mid-September. These silvers love pollywogs. The Sapsuk River is regarded as one of the very best silver streams on the Alaskan Peninsula.
Possession:  Total catch-and-release on kings. Can keep one daily limit on silvers.
Steelhead Creek Camp:  September thru mid-October
Sapsuk Steelhead: September - October.

Typical Fishing Day:
Each evening, the guides will go over the fishing options and plan the following day accordingly.
Breakfast is served between 6:30 and 7:30 a.m. Your guides will take you out fishing as soon as you are ready. Lunches are typically soup and sandwiches enjoyed out fishing or back at camp. The guides will usually get you back in time to shower and enjoy appetizers and a beverage of choice before dinner. One of the best fishing spots is right in front of the Camp, and you are welcome to fish all evening or relax by the outdoor fire and watch the sunset cross the westward skies of the Aleutian Basin.

"What a fishery and at a great price. The manager picked me up at the airstrip at Nelson Lagoon and told me the river was the highest he had seen it in his lifetime. I thought we were going to have problems finding fish, but that was not the case. I fished about three hours and landed at least 25 silvers on pink bunny leeches. The fish were fresh out of the salt, with many of them covered in sea lice. These are nice-sized silvers; most were 10-13 pounds. I couldn’t imagine how good it would have been under normal conditions. I only had the one day to see their operation, so I made the most of my short stay."
- Guy Schoenborn

“This is one of the nicest camps I’ve seen.” – Guy Schoenborn
The riverside camp has insulated, heated, solid platform WeatherPort tent-style structures with comfortable beds with linens, down comforters, blankets, and pillows. Two to three anglers per room. There is a separate storage tent for drying waders. There’s a bathhouse-style shower facility with on-demand hot and cold running water. Outhouses are just a few steps away. The well-maintained camp is comfortable, warm, and dry, hosting up to six anglers per week.
Meals at Camp:  The camp chef prepares three hearty homemade meals a day. Breakfast is between 6:30 a.m. and 7:30 a.m. Lunches consist of sandwiches and soups and can be served either shoreside or back at camp. In the evening, anglers enjoy drinks, appetizers, and a delicious family-style dinner. Dinners include main courses such as crab, salmon, chicken, or a variety of steaks.

Steelhead Creek Camp
September - mid-October:  $6,400.00 per person
The Steelhead Camp is located at the mouth of a river, 40 miles west of Nelson Lagoon. All-terrain vehicles make the scenic hour-long drive down the Bering Sea beach. The camp is only open for three weeks during steelhead season and hosts two anglers, one guide, and one chef per week. The river/creek is much smaller than the Sapsuk River and is perfect for the single-handed rod, and allows anglers to sight cast to good numbers of fish. 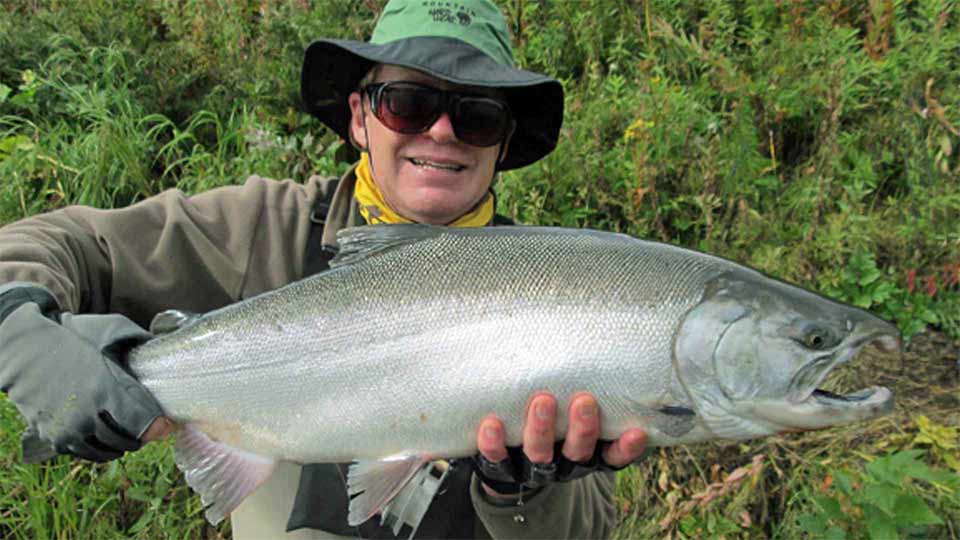 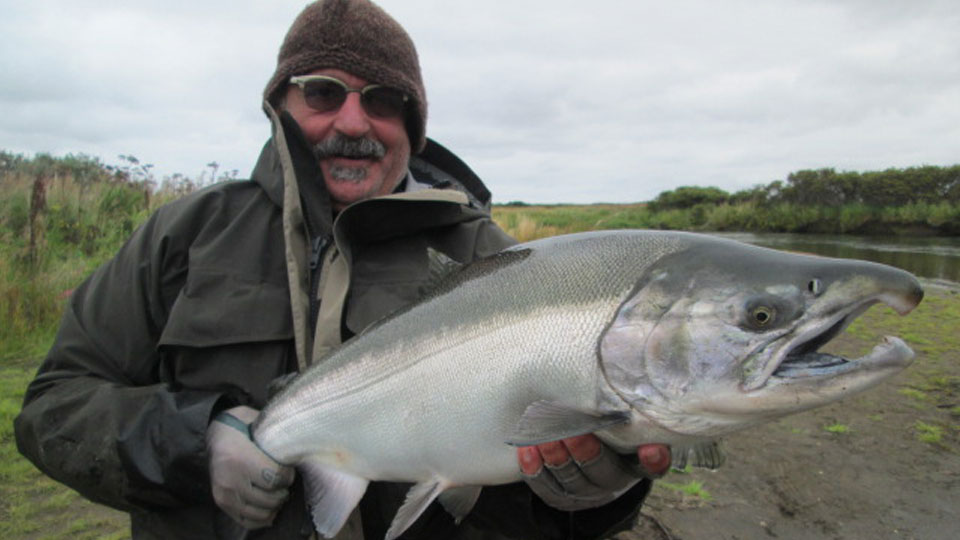 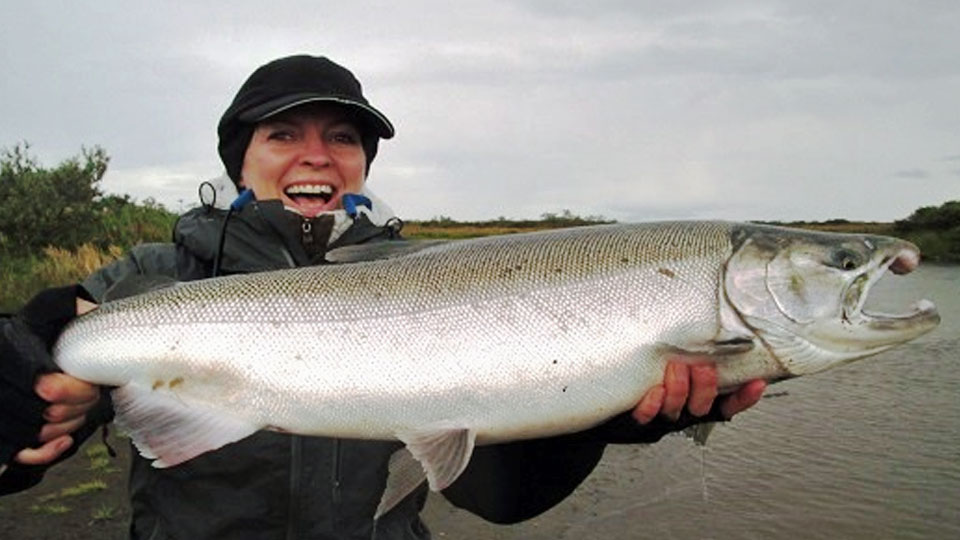 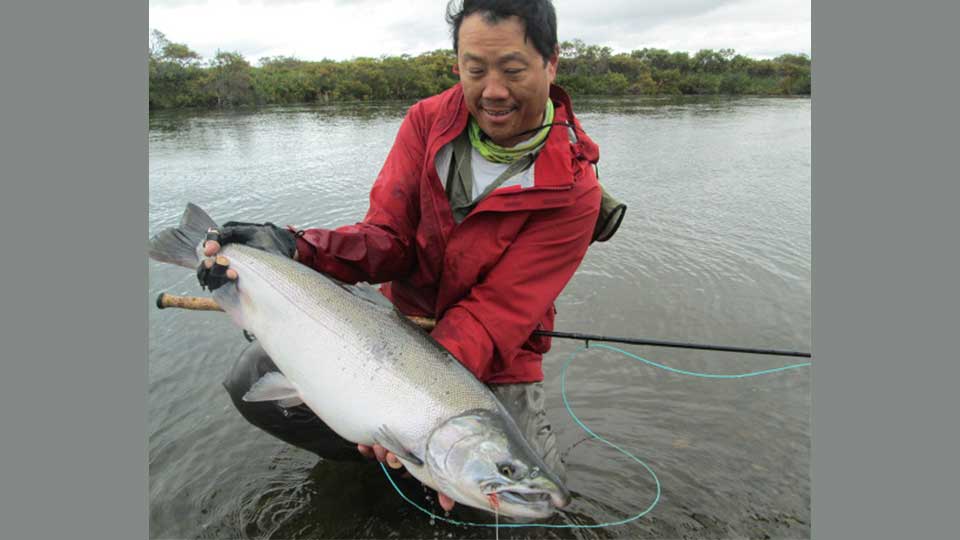 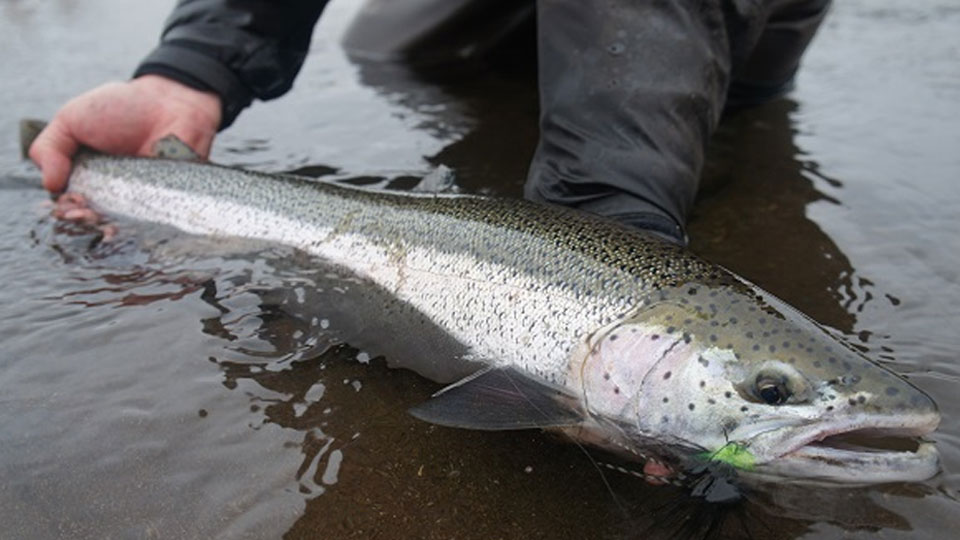 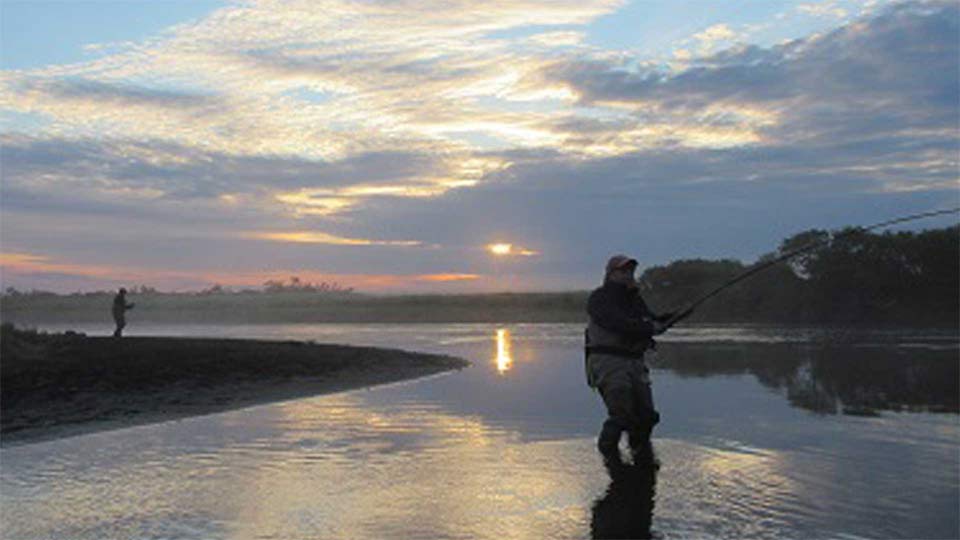 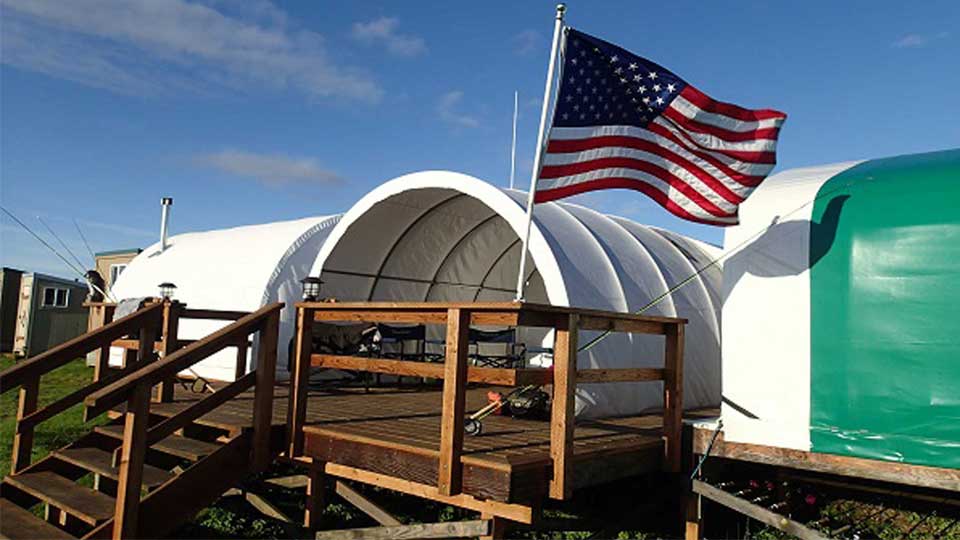