I just returned from a couple of great weeks at The Villages on Christmas Island (April 23 - May 8). Overall the weather was pretty good. We had about 75-percent clear skies with winds of 5 to 15 mph. There were good numbers of quality bonefish from 3 to 6-pounds and some very nice bonefish up to 10-pounds. I had several clients that had 30 plus fish days on bonefish. Tony Buzolich landed a 10-pound bone. Tom Ferguson’s first bonefish ever was a 6-pounder. 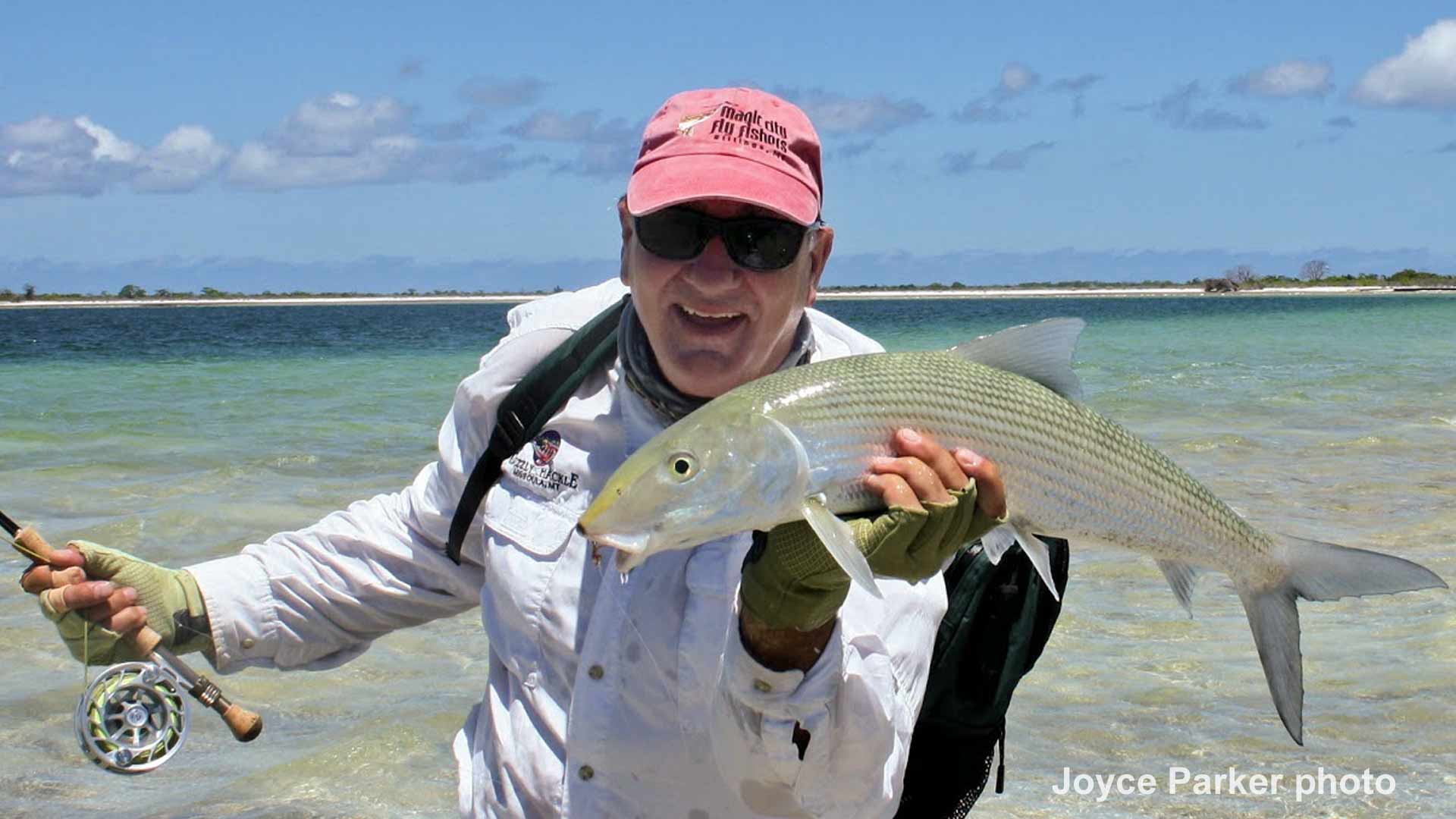 Doug Swift landed 27 bones in the two weeks he was there that were over 4 pounds.

Some very nice trevally were caught. Tom Ferguson landed a 60 plus pound GT on a spin rod and a large popper. Denver York focused mainly on GTs with his 12 weight and caught three between 25 and 55-pounds. He also caught a good number of 5-10-pound GTs and bluefin trevally. 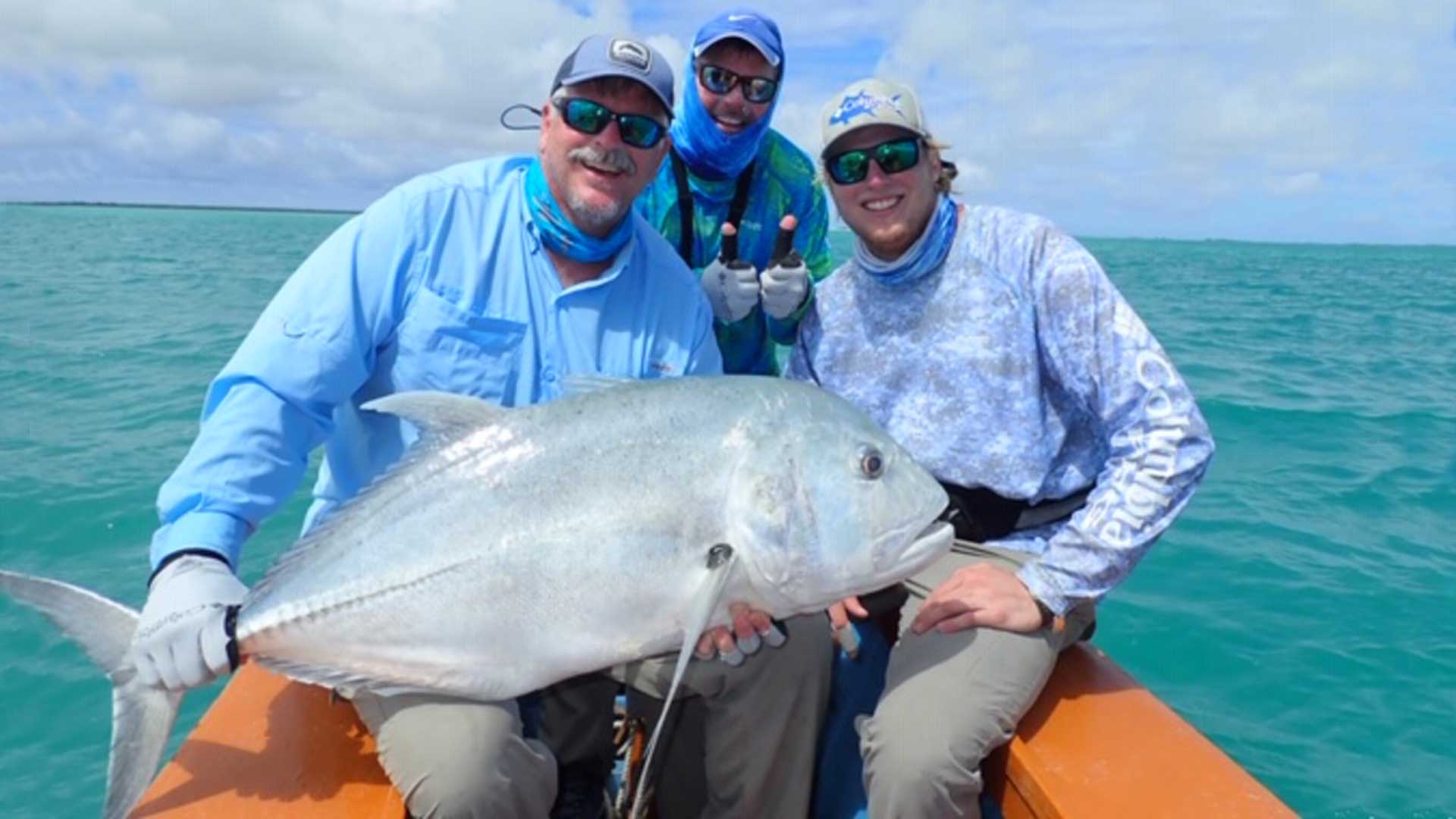 Dean, Brian, and Sam Crouser had three banner days for GTs. They were casting poppers and swim baits in the waves near the reefs and also near coral heads. They had one day with over 30 hookups on GTs. 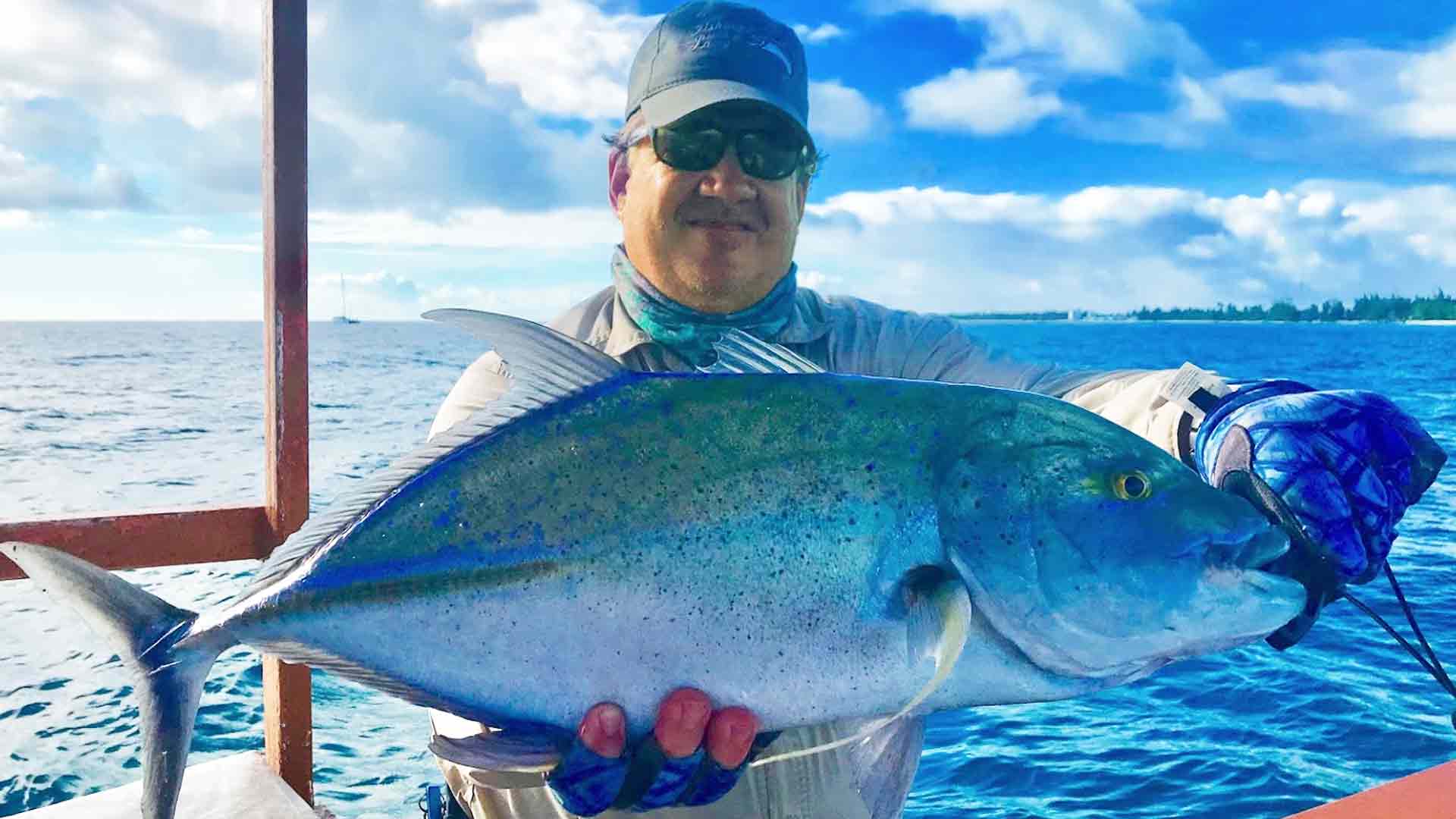 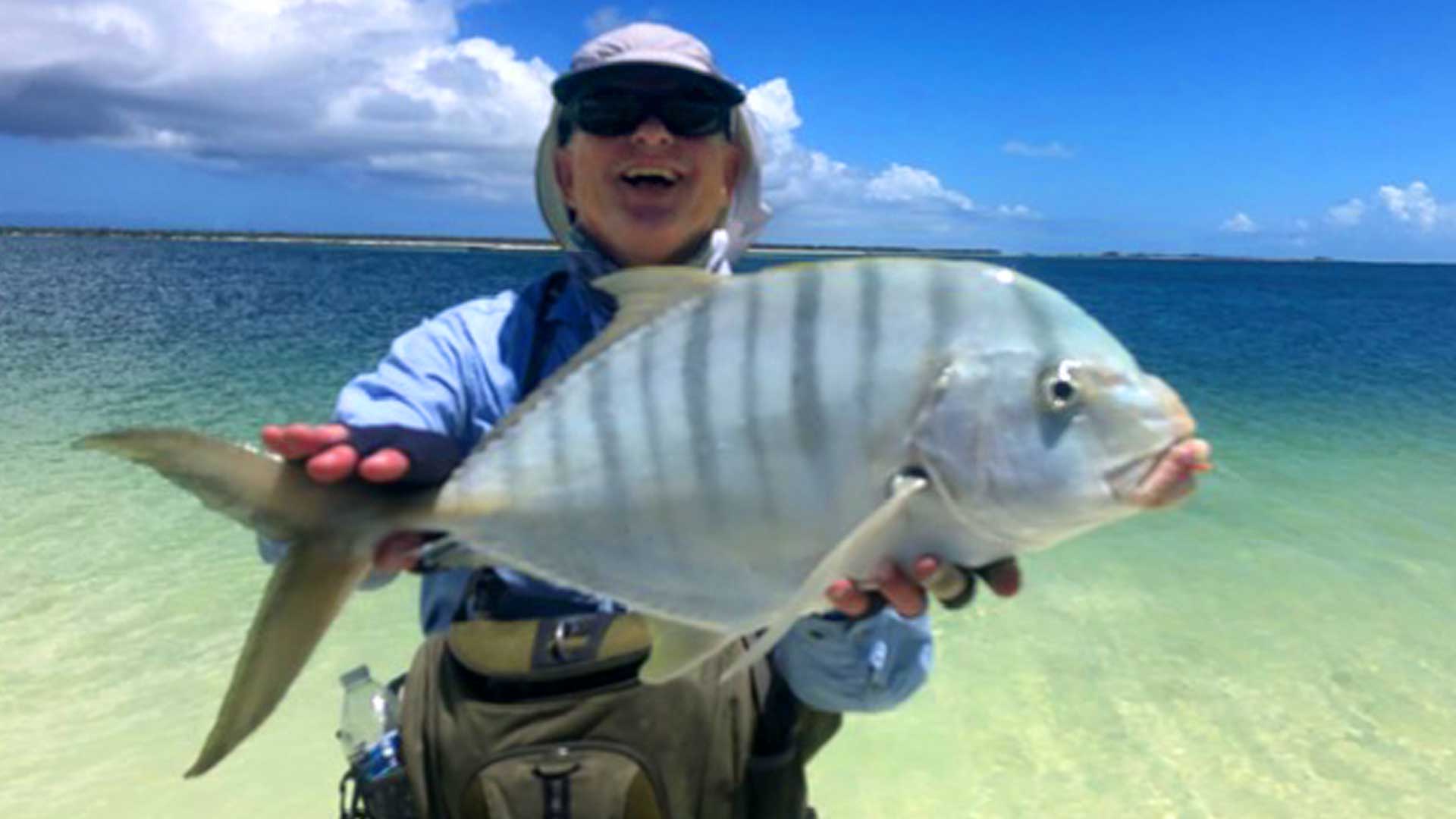 Doug Swift with a large milkfish

Doug Swift with a nice milkfish caught on a fly after a 40-minute battle. The conditions need to be just right for this fishery, and it was for the first 10 days that I was there. The milkfish bite was hot. Everyone that had the chance caught two or more milkfish. Believe it or not, a 15-pound milkfish will fight harder and longer than a 25-pound GT. We were using 12 weight rods with 60-80 pound-tippet, and it still took 20-30 minutes to land one. Milkfish have to be one of the strongest fish on the planet. 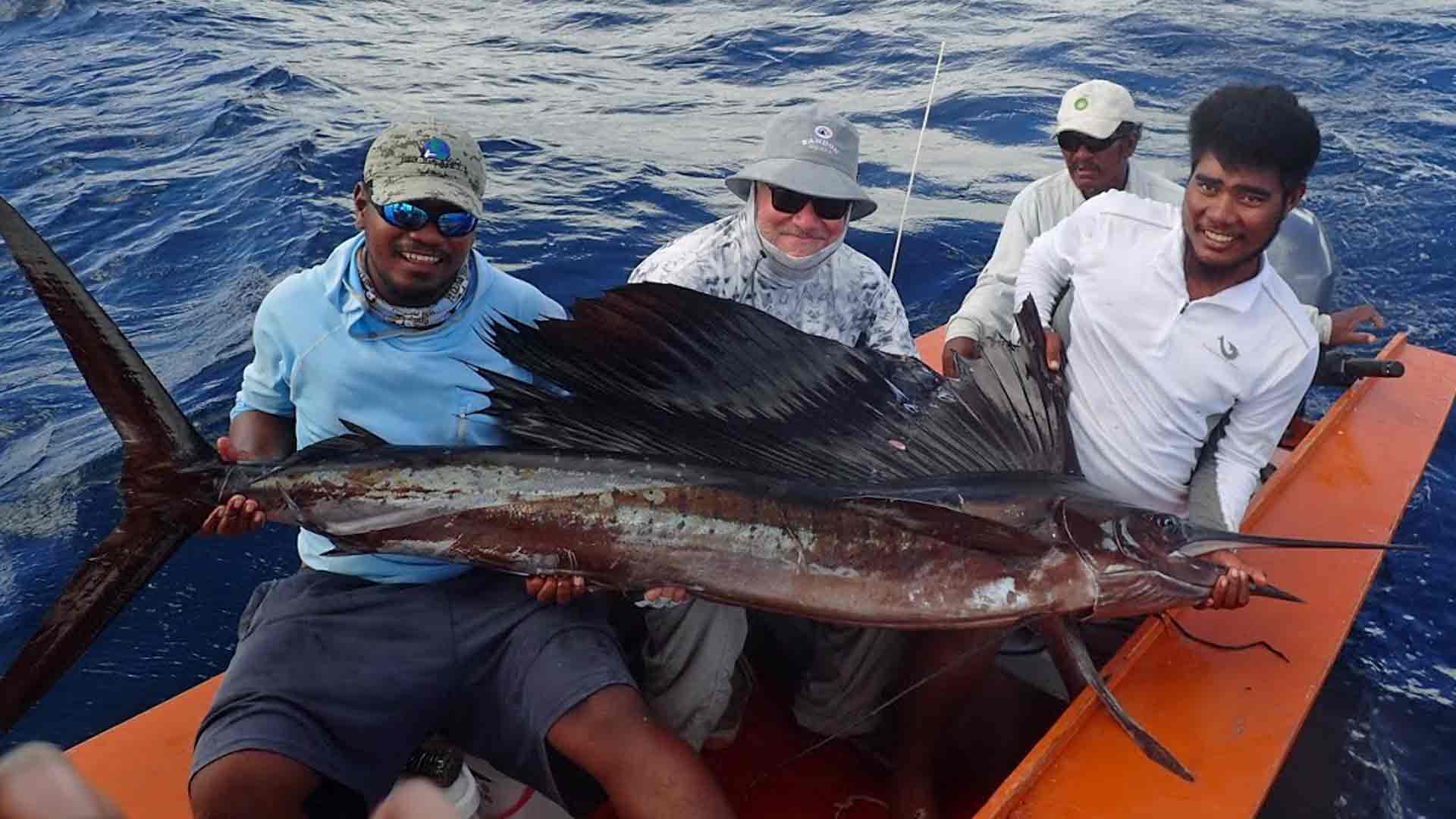 The blue water fishing was excellent both weeks. Corley Phillips, Anthony Turr and Tom Ferguson landed eight wahoo and two yellowfin tuna one day. We landed 3-10 wahoo and or yellowfin every day we went out in the blue water. Mike Sekosky even landed a sailfish (pictured above).

We had such good fishing...

Click here for our Christmas Island main page. You are not limited to our hosted weeks, provided there are openings, we can book Christmas Island – The Villages for the time that best fits your schedule. 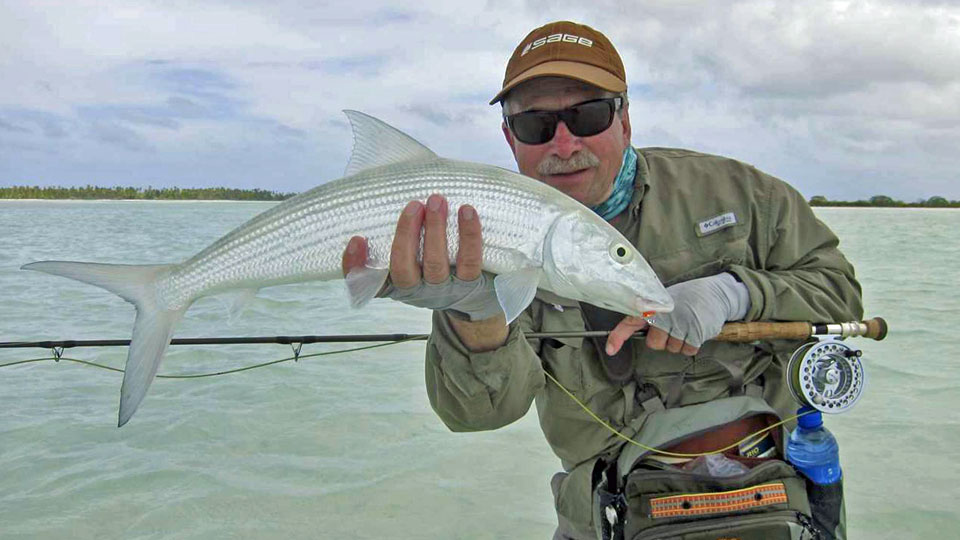 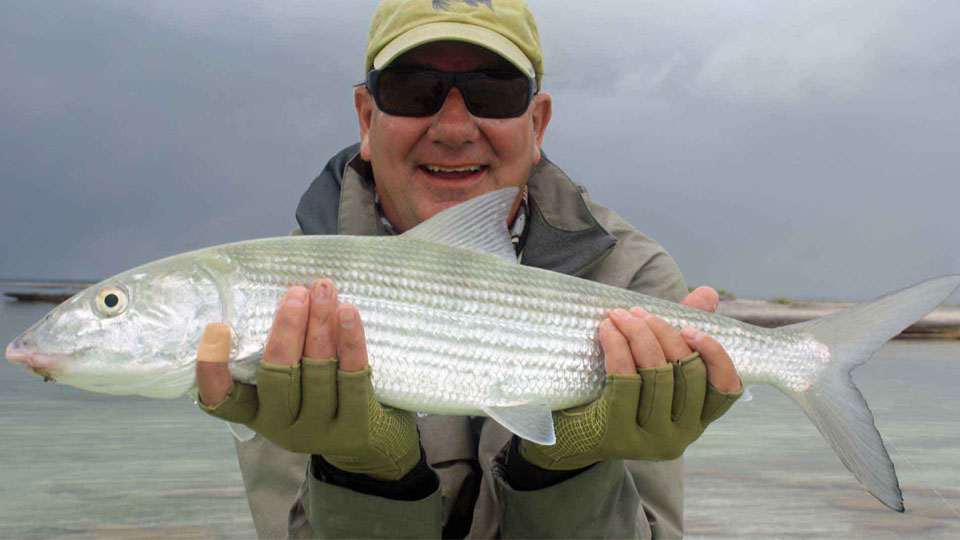 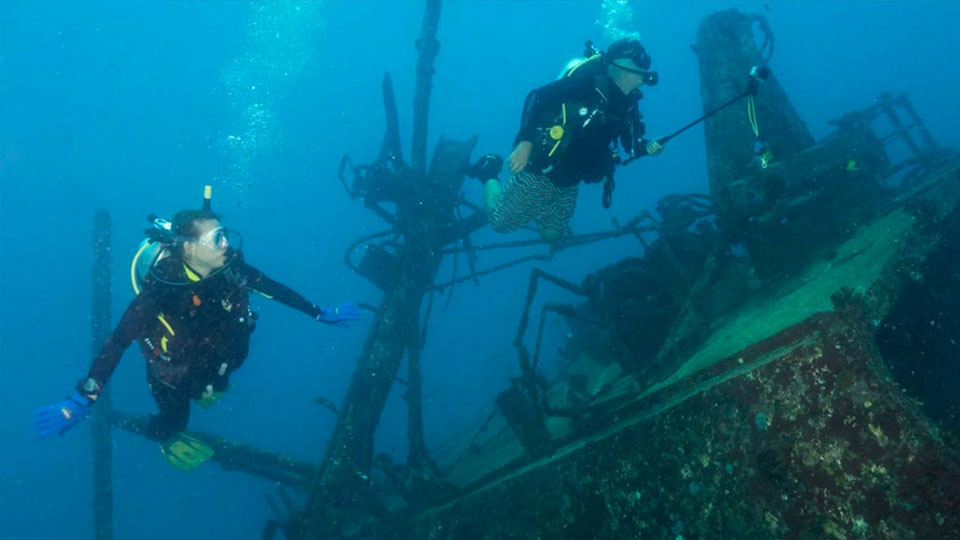