"The BEST Bonefishing I have experienced." - Brad Staples

Scorpion Atoll, the largest reef in the Southern Gulf of Mexico, lies about 70 miles off the northern coast of Yucatán, Mexico. The Atoll has five islands, shallow sandbars, and coral heads and has been a protected Marine Park since 1994. Commercial fishing is forbidden. Most of the islands have a skirt of two- to five-foot-deep flats. Others have 80- to 120-foot drops steps from the beach. 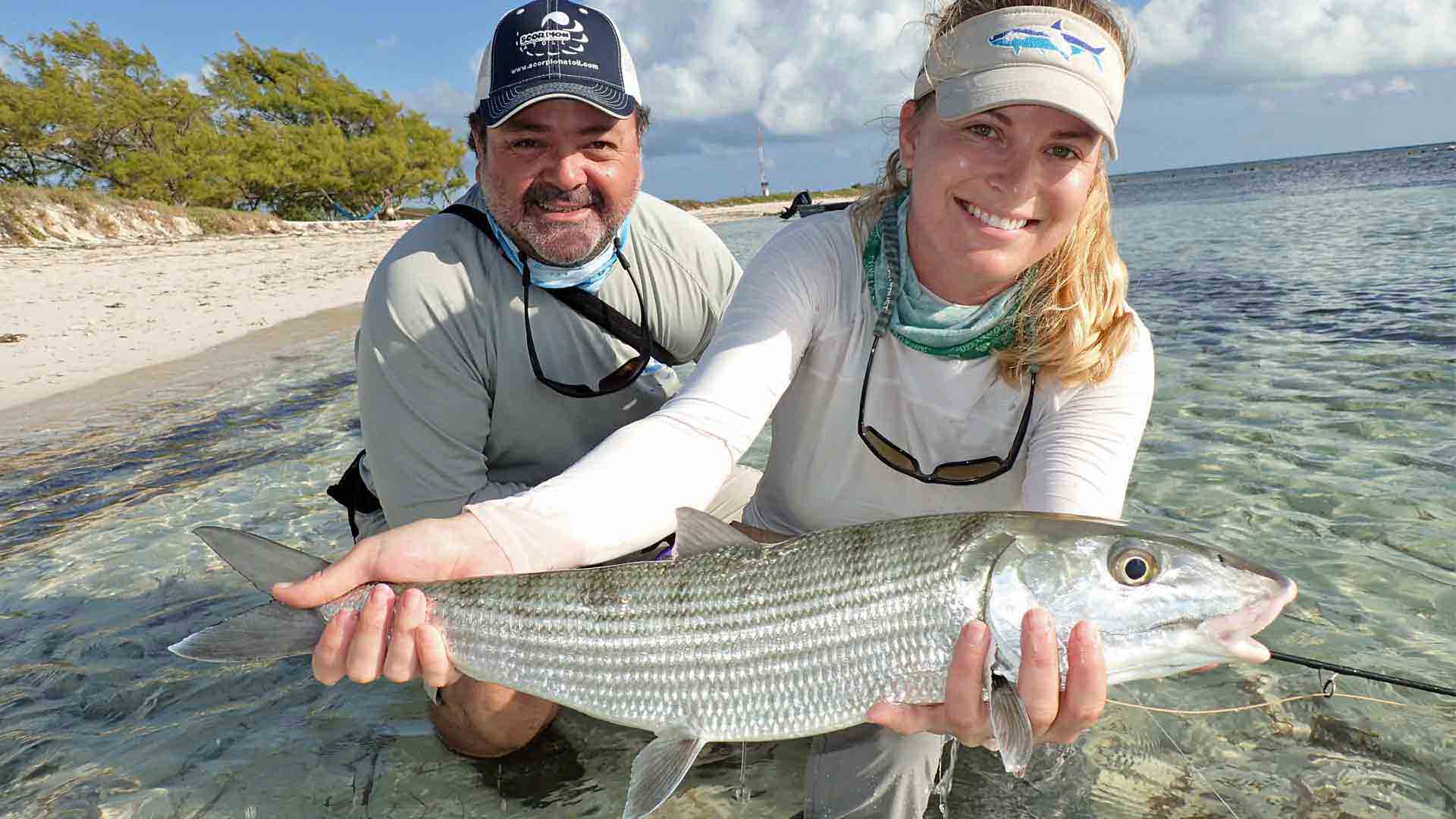 Species:  The Atoll is a healthy habitat for above-average size permit and bonefish, plus barracudas, triggerfish, sharks, amberjacks, mutton snappers, and more.
"I visited the Yucatan Peninsula in December of 2016 and also hosted a trip here in May of 2017. Sea turtles and exotic birds nest on the five islands in this area. There are only a couple of buildings on the main island, and the few people who live here oversee the lighthouse. This trip involves a lot of walking, but the size and numbers of the bonefish are worth it.
This is a very special fishing adventure. Due to its remoteness, not many people that have been able to fish Scorpion Atoll.
The Atoll is probably the best opportunity to catch large, 5-to 7-pound bonefish consistently anywhere in Mexico. Try and experience this unique place before more anglers discover it!" Brad Staples
This destination is unique compared to other flats fishing locations in the Yucatán Peninsula. The bonefish and permit are larger than those found in Ascension Bay. There are also other species to fish for barracudas, triggerfish, sharks, amberjacks, mutton snappers, and more." - Brad Staples
The Outfitter:  Tarpon Town Anglers is based in Campeche, Mexico, and has been guiding on the western coast of the Yucatán since 1999. 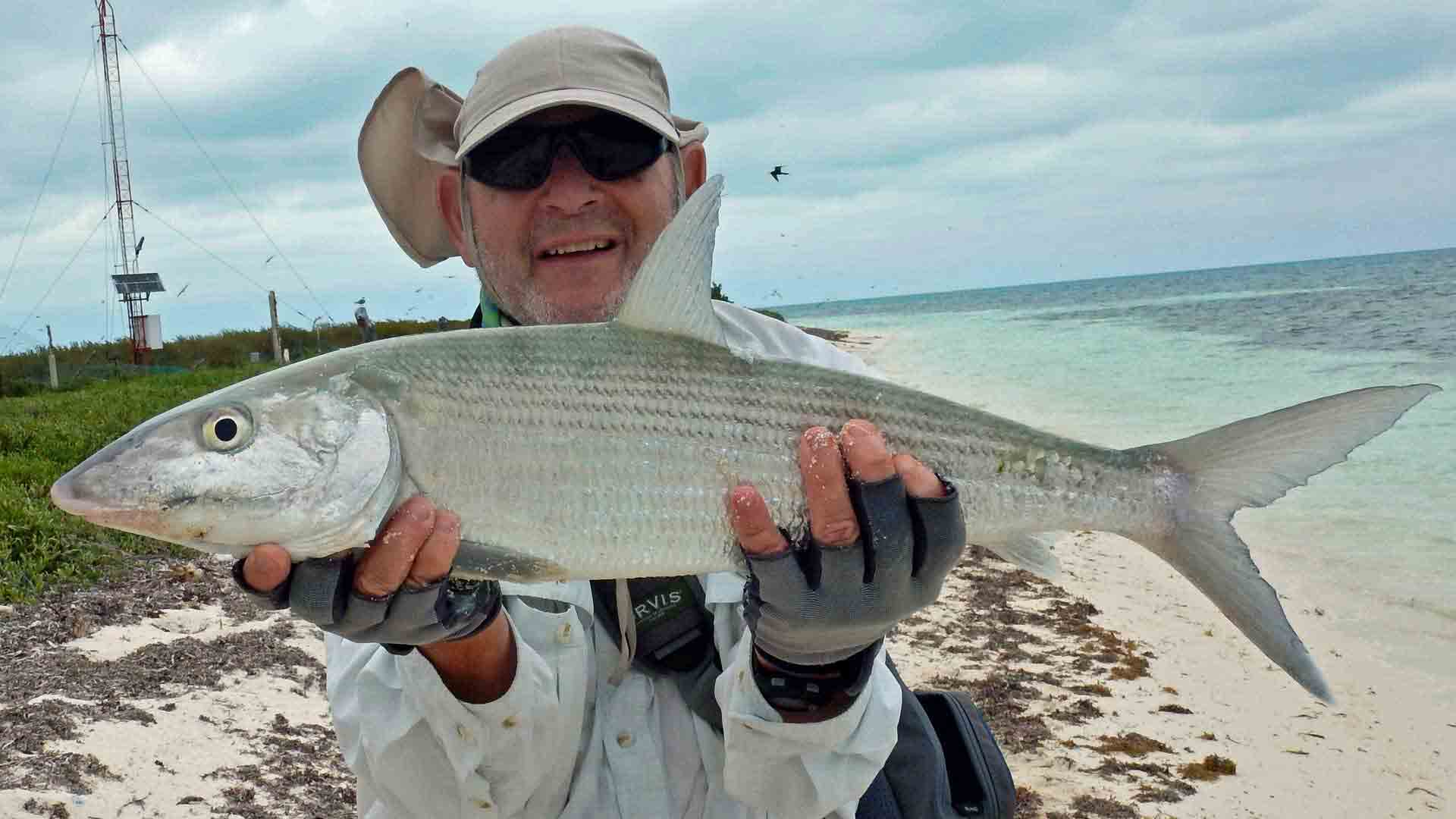 Season:  Peak fishing is from April through May and mid-September through November.
Group Size:  The Liveaboard hosts a maximum of four anglers (and only groups of four), plus crew. There is no availability for non-anglers.
Guides:  are native fishermen with an outstanding ability to read the water. They are very experienced at working with anglers of all skill levels. Although not all of them speak English, you can expect them to give you their best effort in finding you lots of action. Two anglers per guide. The fishing will be done on foot.
Boats:  A 26-foot panga is used to transfer you to the islands and flats of the atoll where the liveaboard cannot easily navigate. You won’t be fishing from the boat unless the guides want to troll for fish for the dinner table.
Fishing Equipment:  is not provided. A comprehensive tackle and gear list is included in our confirmation packet.
Fishing License:  a 5-day fishing license is included.
Trip Size: Please Note:  For each trip to Scorpion Atoll, we must have a group size of four to five anglers.
Physical Condition:  They recommend that you be in fairly good shape. You’ll be far from shore and away from any medical assistance if needed. The only way of getting in and out of the atoll is by boat. There are no airways nor heliports nearby. The closest point is the dock where you depart from, about four to six and a half hours away by boat.
Read Brad's TRIP REPORT for Scorpion Atoll Combo.

The Liveaboard: For 2022, the Liveaboard is a 65' Hatteras sedan bridge with two full bathrooms, and a galley. The boat comfortably accommodates a maximum of four anglers and crew. Trips are limited to a group of four anglers, full groups only. They have a galley and two full bathrooms with a sink, shower, and toilet.
Meals: The menu is simple but complete. Breakfast includes cereal, fruit, coffee, toast, scrambled eggs, omelets, pancakes, and peanut butter and jelly. Lunch may be fresh ceviche, ham and cheese sandwiches, or pastrami and cheese. Dinner might be a fresh fish plate from the daily catch—grilled with garlic and butter—or steak tacos and fajitas from the grill.
Beverages: Bottled water, sodas, electrolyte drinks such as Gatorade, beer, tequila, wine, rum, and black label scotch are included.
Communications:   Spot satellite devices track the progress of the cruise by email messaging a satellite phone with prepaid services for emergency contact. There is also a ship-to-ship to land mounted VHF radio with 30 to 40 miles of signal range and a portable VHF radio that the guides carry for daily coordination and contact with the mothership. Cell phones do not work on the Atoll; they lose their signal within about seven miles of starting the cruise.

Getting to the Atoll:

The most direct option is to fly to the city of Merida from Houston on United Airlines, from Dallas on American Airlines, or from Miami on Aeromexico. A representative will greet you at the airport and drive you to the Casa del Balam Hotel or a similar 4+ star hotel in Merida for your overnight stay (first and last night’s hotel are included in the package). In the morning, you’ll leave early (4:00 a.m.) from the hotel in Merida and drive 40-minutes to Progreso to meet the liveaboard. In perfect weather, the boat trip is about four hours to Scorpion Atoll. After five days fishing and four nights on the liveaboard, you’ll return to the hotel in Merida for your last night’s stay.

6-nights and 4½-days guided fishing. Arrive on Sunday night to Merida, leave for the Atoll on Monday morning.
Day 0 - Sunday night: You'll arrive in Merida.
Day 1 - Monday: You'll take a four-hour boat ride to the Atoll and then get in a full day of guided fishing.
Day 2-4: Fish, eat, sleep.
Day 5 - Friday: You'll get in a half-day of guided fishing and then take the boat ride back to Merida and stay overnight.
Day 6 - Saturday: You'll fly home.
Scorpion Atoll & Campeche Baby Tarpon Combo Let us know if you're interested in a combo trip. We hosted combo trips here back in 2017 and 2018. With some planning, it can be done. 1-800-205-3474

Scorpion Atoll Liveaboard
Includes: 2-hotel nights in Merida and 4-nights on the liveaboard.
Fishing days include half days on Monday and Friday.
6-nights and 4½-days guided fishing $5,850.00 per person
(Party of four is required for the trip to come together.)
This destination does not offer a non-angler package.

Airfare, meals and beverages in Merida (other than breakfast), gratuities for guides and crew, fishing equipment and tackle, departure tax $65.00, mandatory Medical Evacuation insurance, mandatory travel cancellation insurance; and anything not mentioned under inclusions.
Medical Evacuation coverage and Trip Cancellation Insurance are required for this adventure. See our travel insurance page.
Request an Information Packet 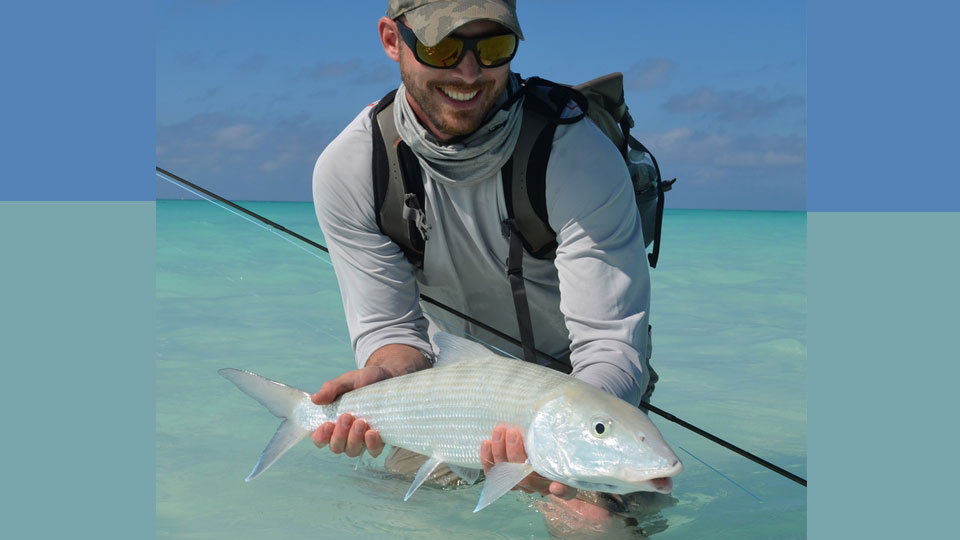 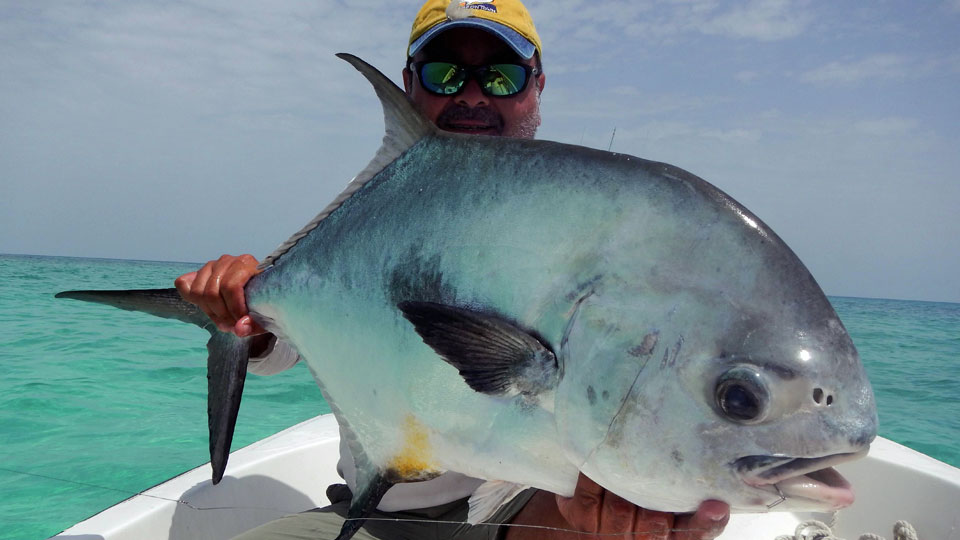 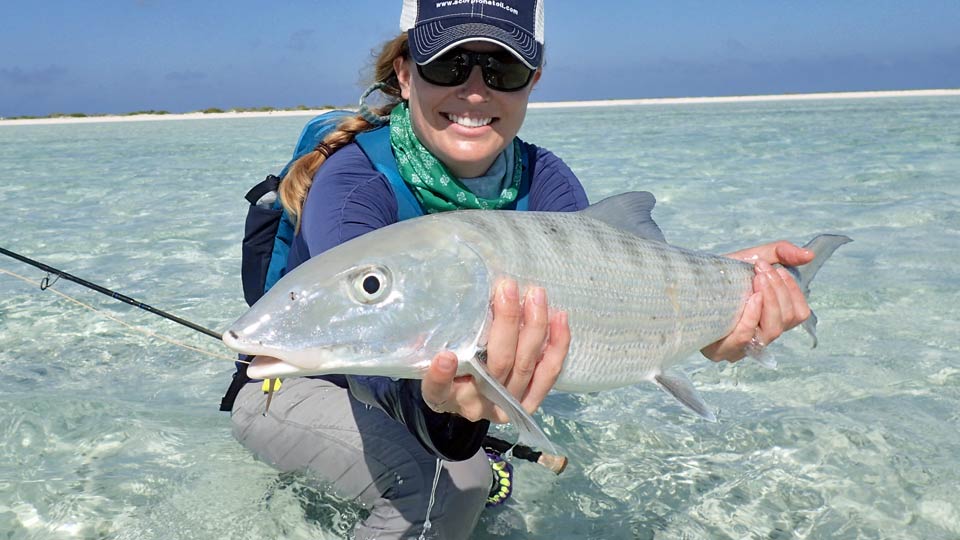 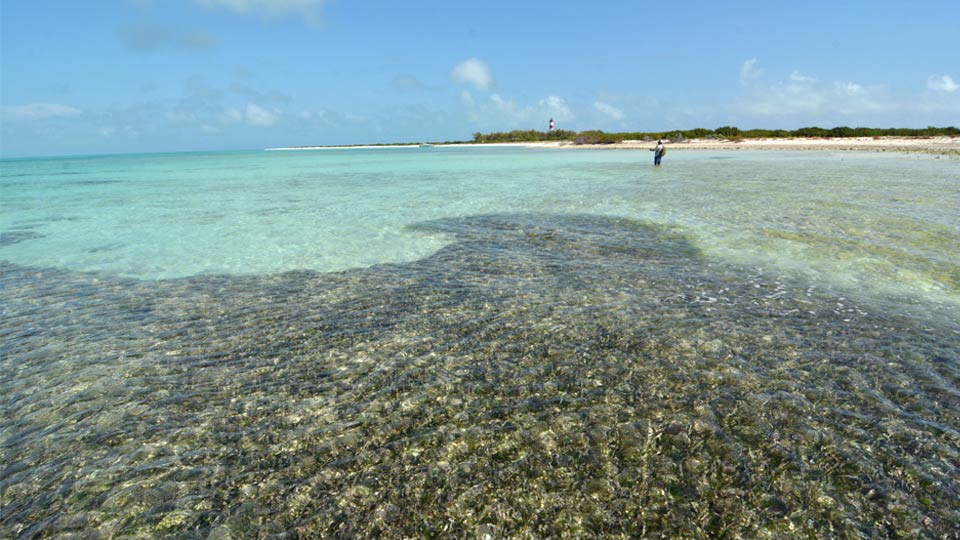 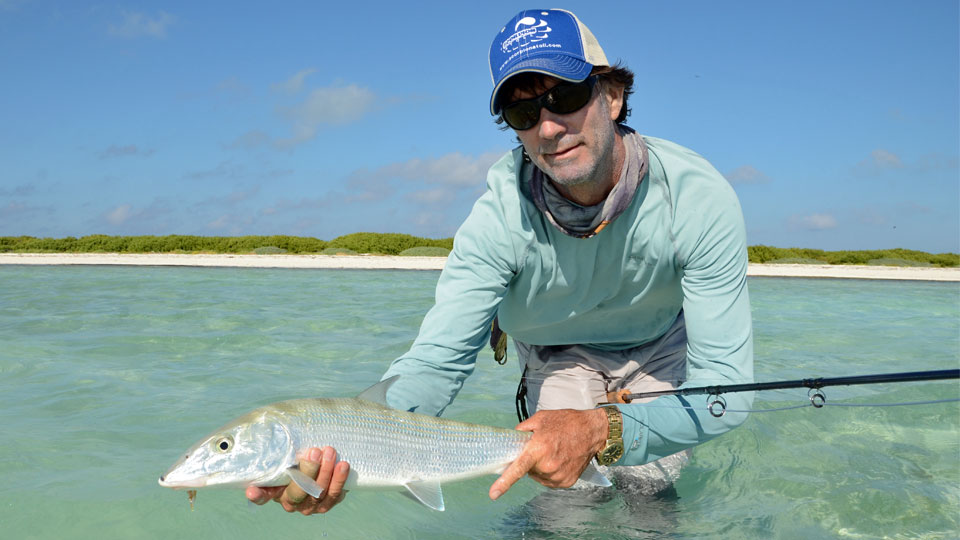 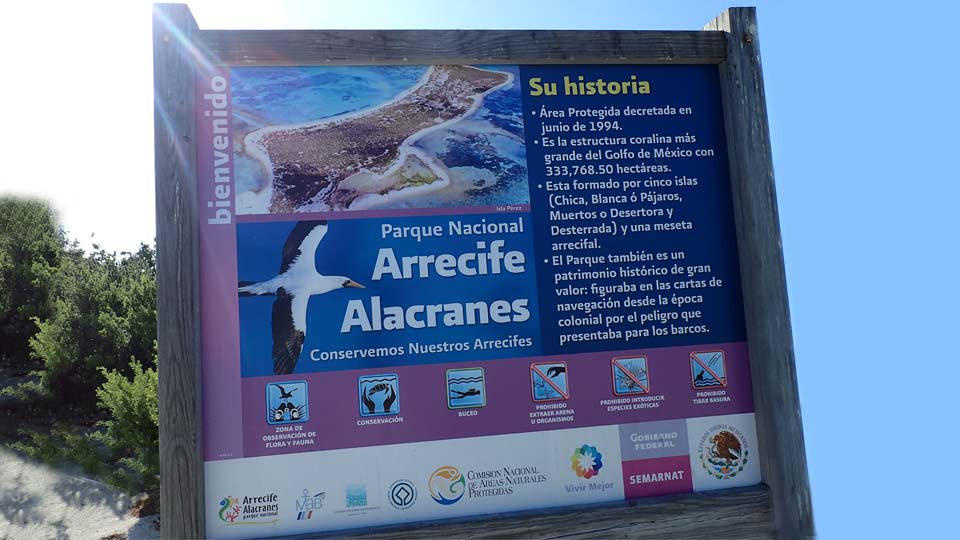 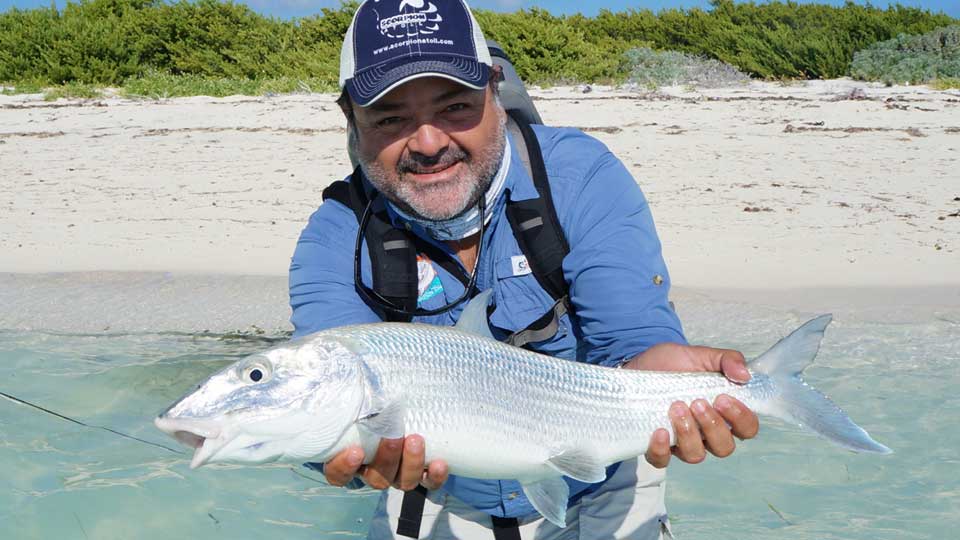