Aggressive Rainbow Trout   The Sedanka is one of the most remote rivers in Kamchatka. The only mode of transport is a three-hour helicopter ride from Petropavlovsk. Only six anglers per week share the Sedanka—according to the outfitter’s lease terms with the Kamchatka government. Due to the creek's spring origin and expansive lava rock drainage, rainstorms do not “blow out” the Sedanka. The water is clear each day of the year. 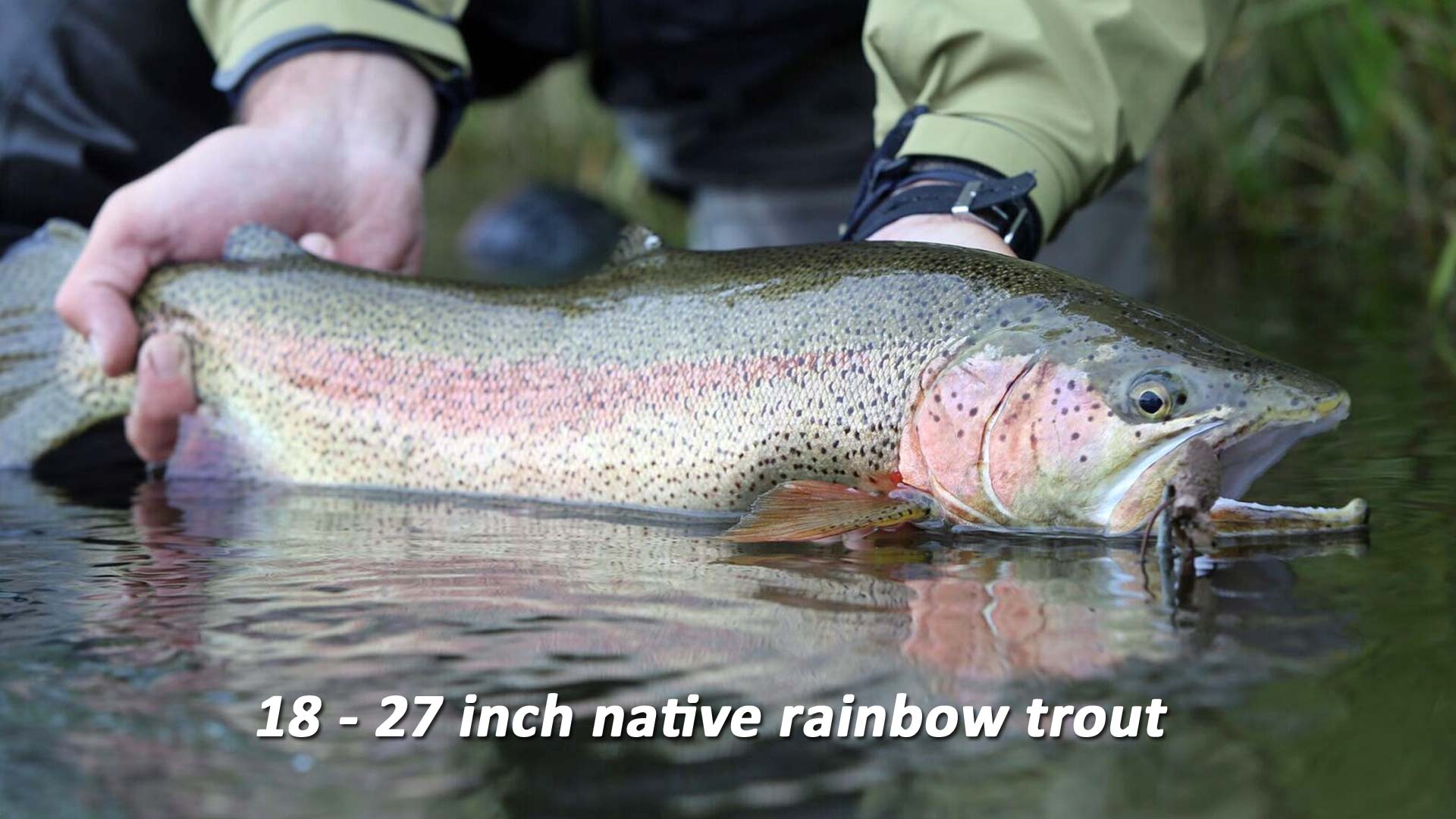 With just four months of the year to feed, Sedanka trout are aggressive. They have no choice but to stuff themselves with whatever they can get during the short summer.
July:  is the warmest month of the year in Kamchatka, with daytime temperatures averaging between 60 and 80 degrees. Dry fly fishing peaks on the Sedanka, with the mayfly and caddis hatches heaviest now. There are no salmon in the river in July, so trout feed exclusively on bugs, mice, and salmon smolt. Because July is the hottest month, it’s also mosquito season—which increases surface fishing opportunities.
If you have a low mosquito tolerance, consider a trip later in the season. Kundzha, the white-spotted char, are available all season.
August:  August is the middle of the Sedanka season. Salmon enter the river, and the full cycle of life in the spring creek is laid out before you in full magnificence. Rainbows are targeted with mouse and streamer flies. Dry fly fishing comes on usually in the evenings in the middle miles of the river. Though the salmon are not in sporting shape by the time they arrive to this headwaters region, the dolly varden char definitely are, and they add even more action to the day.
September is autumn in Kamchatka. Trout are easily taken with surface skaters like mouse and floating baitfish patterns. Salmon are in full spawn in late August and September. Millions of fish literally bring the river alive. The sunny days can be chilly, in the 50-degree range, plus frosty nights. September is the most photogenic time of year to capture the taiga, tundra foliage, and snow-capped volcanoes. 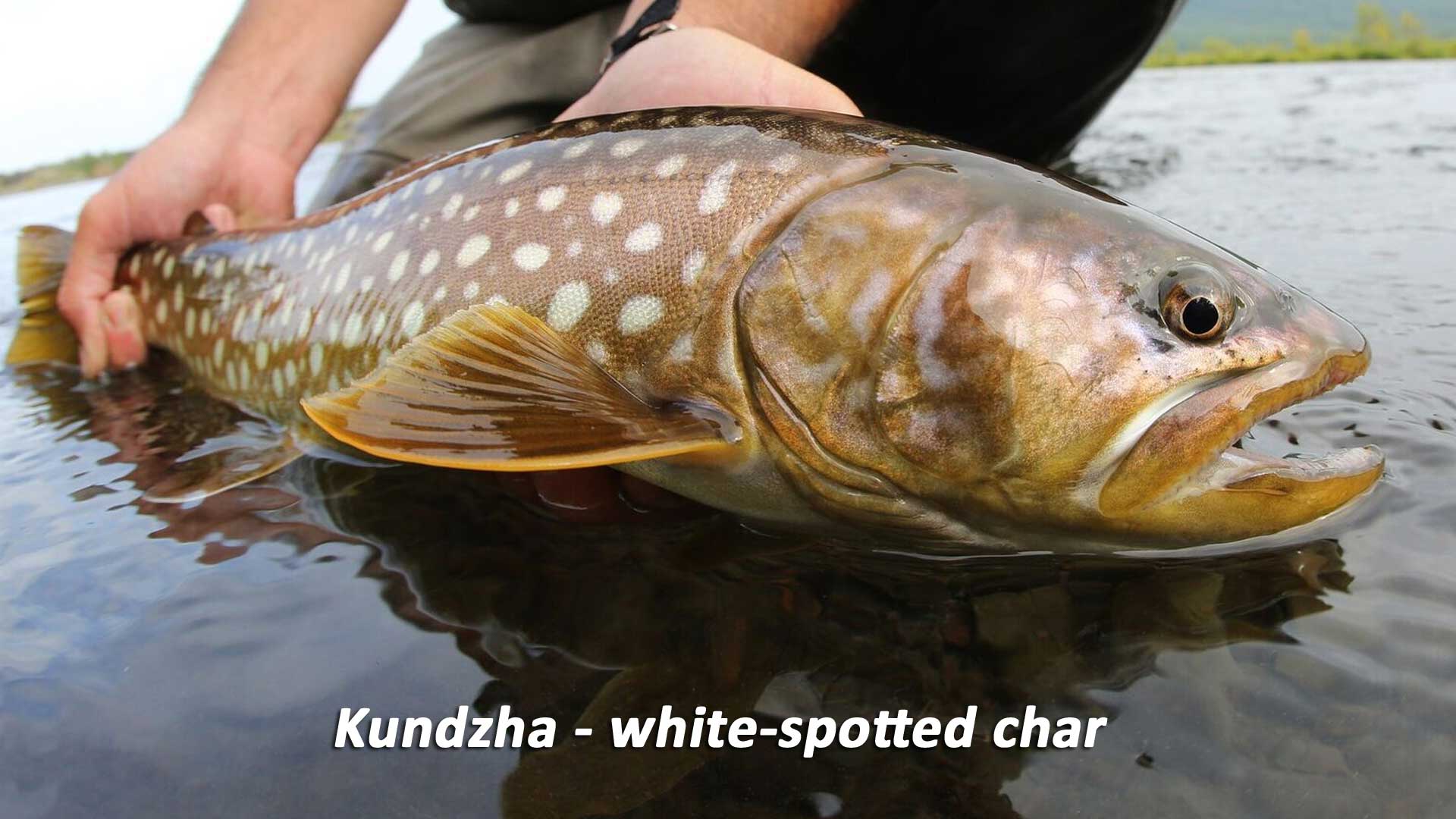 Kamchatka trout do not get "tunnel vision" for salmon eggs as they do in Alaska, so no need for egg patterns, beads, split shot, and strike indicators. Mice, streamers, dry flies, and a floating line is usually all you need.

Fishing season:  Peak season months are September through December and April through June.
Group size:  Maximum of six anglers per week.
Guides:  Two anglers per guide. The crew employs a guide rotation system, so each group of two anglers spends two days with each guide. The staff consists of one North American head guide and two seasoned Russian guides.
Boats:  All fishing is by wading, with inflatable rafts used as transportation from spot to spot and occasionally jet-motored skiffs to access still even more water.
This trip requires a lot of walking, so to take full advantage. you should be in reasonably good shape.
Fishing Licenses are $100.00 per week and not included in the package.

Typical Fishing Day:
After a leisurely breakfast at 8:00 a.m., you’ll head out with your guide. (No worry about beating crowds here.) Enjoy a streamside lunch. You’ll return to camp between 6:00 and 7:00 p.m. Dinner is at 8:00 p.m., followed by cocktails around the fire or more fishing under the midnight sun for those with energy leftover.
Typical Fishing Week:
Day 1:  Walk and wade fishing from Upper Camp
Day 2:  Float and fish to Middle Camp
Day 3:  Walk and wade fishing with jet-boat shuttle and short float back to camp
Day 4:  Float and fish to Lower Camp
Day 5:  Jet-boat to wade fishing
Day 6:  Morning walk and wade fishing from Lower Camp. Afternoon departure

Camps:  The Sedanka Spring Creek is divided into three sections—upper, middle, and lower. There are three camps on the river, spread about ten river miles apart from one another. Rustic and double-occupancy cabins, two clean flush toilet outhouses per camp, and reliable hot water showers fueled by a wood-fired plumbing system. The Kamchatka experience is much more rustic than an Alaska fly-out lodge.
Meals: The meals are tasty and plentiful, but not gourmet. Delicious soups like borsh and ukra are the traditional first course and always a hit. The main dinner dishes feature fresh meats and locally grown, geothermal hot-house vegetables. The kitchen and dining rooms are permanent log cabins, built long ago as trappers' shelters.
Alcohol:  Beer and Vodka are available for sale in camp, but other beverages need to be brought in from the United States.

You'll arrive Sunday morning in Petropavlovsk. (Arrival from Anchorage is 8:00 a.m./From Moscow is 9:30 am./From Seoul is 11:15 am.) After customs and immigration, you'll collect luggage and are greeted by Camp representatives. Once all of the guests heading to Sedanka and the Wilderness Floats are through customs, the ground transfer people will help load your gear onto the bus waiting outside the small terminal. If the weather is clear to fly, you'll load your bags onto the Mi-8 helicopter and lift off. If the weather isn't clear, camp representatives may take you to buy souvenirs or to a restaurant. (Mornings in Petropavlovsk are frequently foggy.) The helicopter flight varies depending on which party gets dropped off first. Sedanka or Wilderness floats. After 75 minutes, there is a refueling stop.

The first and last days of your trip allow for a few hours of fishing. In between are six full fishing days that are packed with adventure and aggressive rainbow trout hammering mouse patterns, dry flies, and streamers with reckless abandon. There is no surcharge to come alone.

All ground and air transportation once in Kamchatka and all meals, camp-lodging, and guided fishing.

Airfare and travel expenses from your home to Kamchatka, Russian visitor's visa, fishing gear, flies, $100.00 fishing license, medical evacuation insurance (required), alcohol, or anything not mentioned under inclusions. You will need to bring your own sleeping bag and pillow.

Package includes:  All ground and air transportation once in Kamchatka, air transportation from the Zhupanova to the Sedanka, all food at camp, accommodations at the camps (on the Zhupanova and the Sedanka), and guided fishing.
Package does not include:  Airfare and travel expenses from your home to Kamchatka, the hotel and meals in Anchorage (approx. $200.00), Russian Visitor’s Visa, fishing gear, flies, fishing license ($100.00 p.p. per week), gratuities, medical evacuation insurance (required), alcohol, and anything not mentioned under inclusions.
We recommend Global Rescue.
Visit our Travel Insurance page. 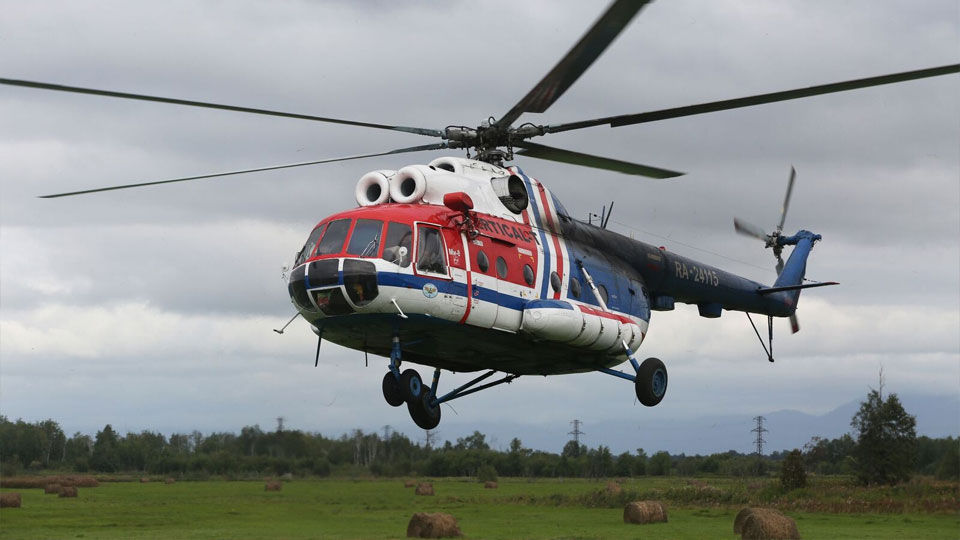 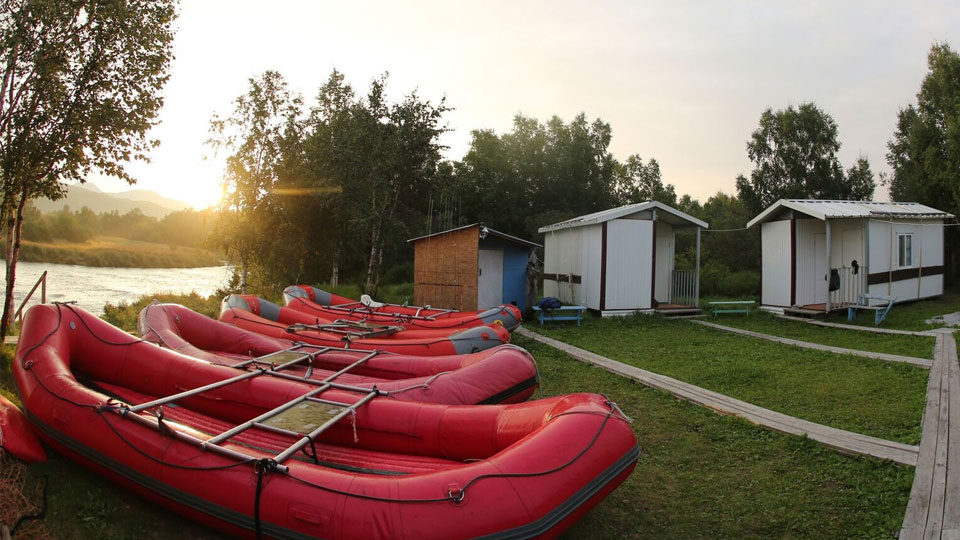 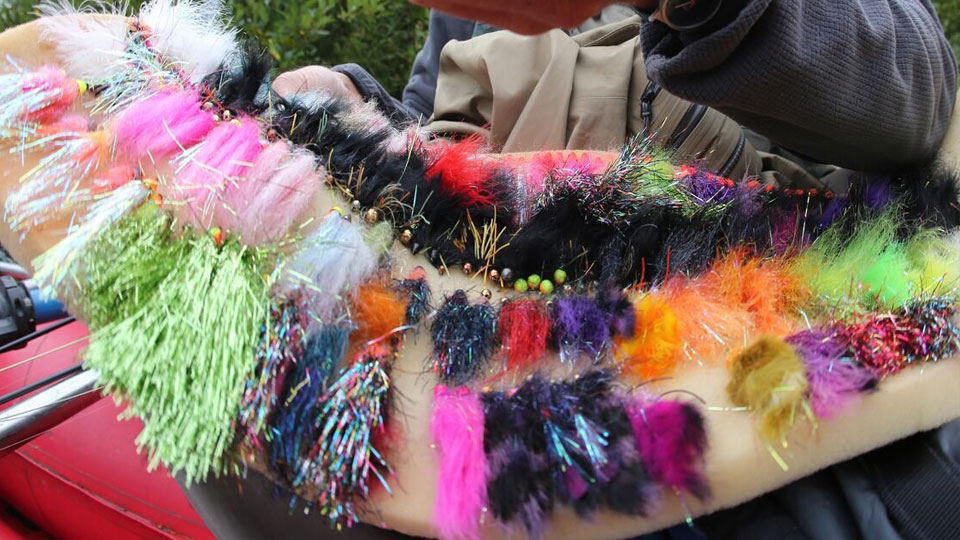 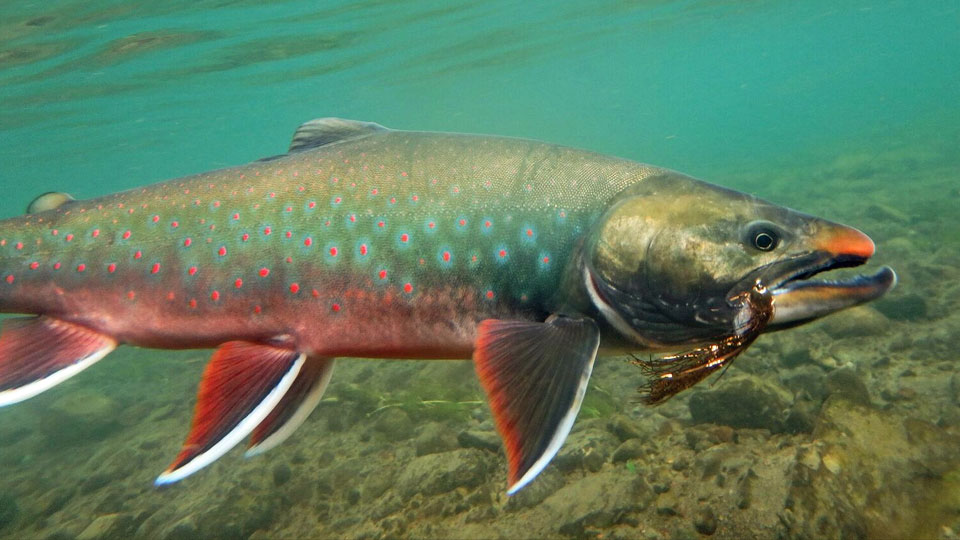 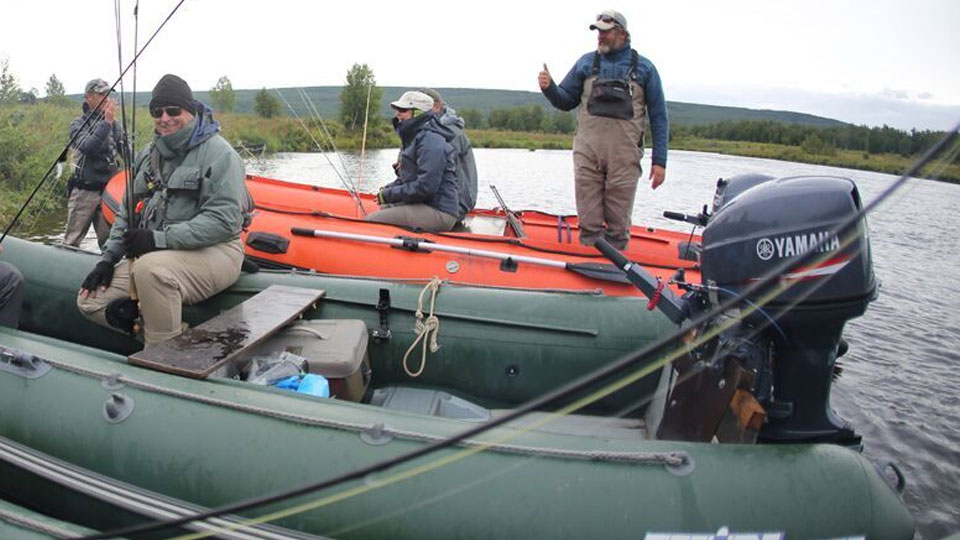 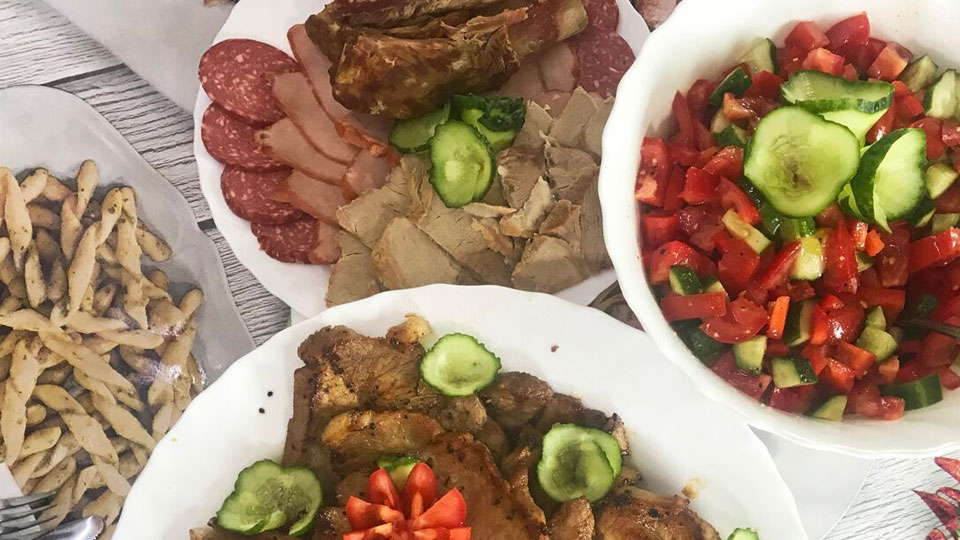 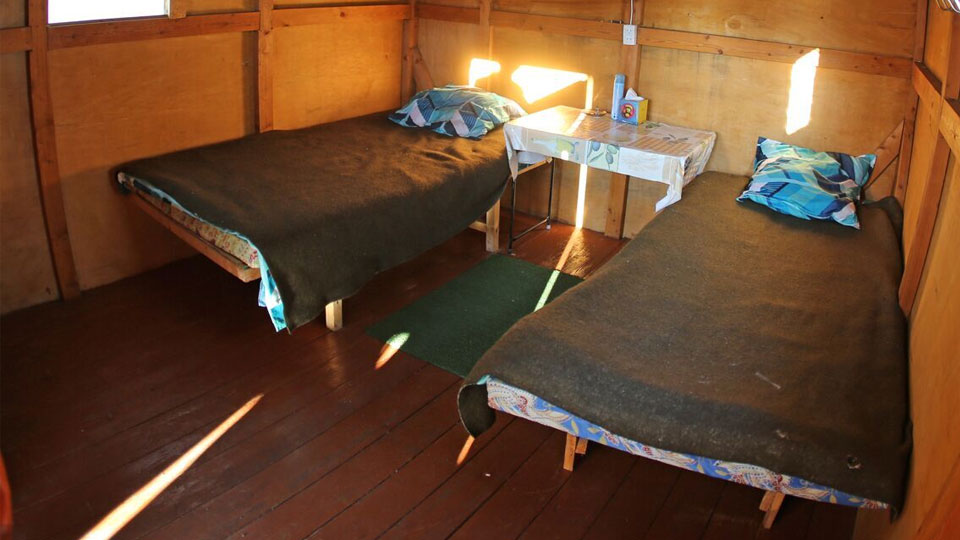 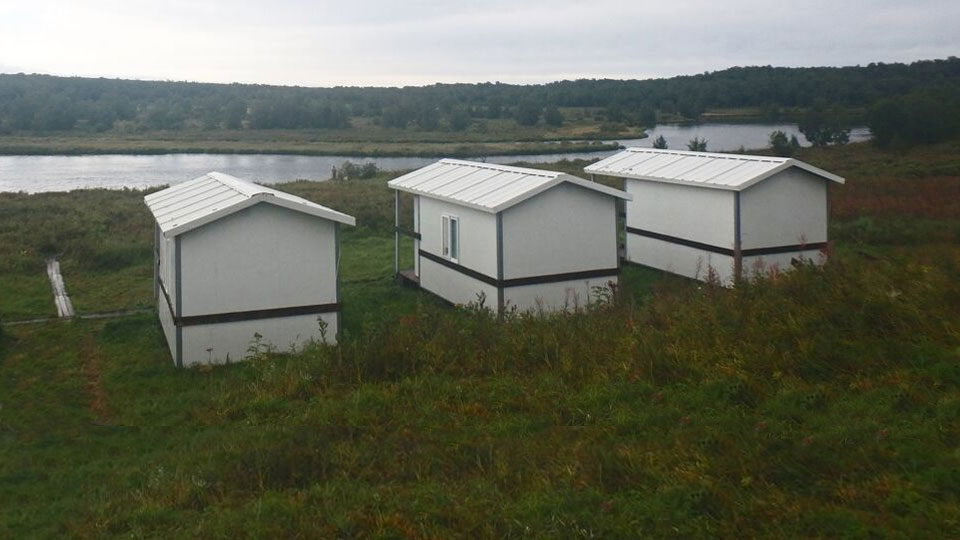